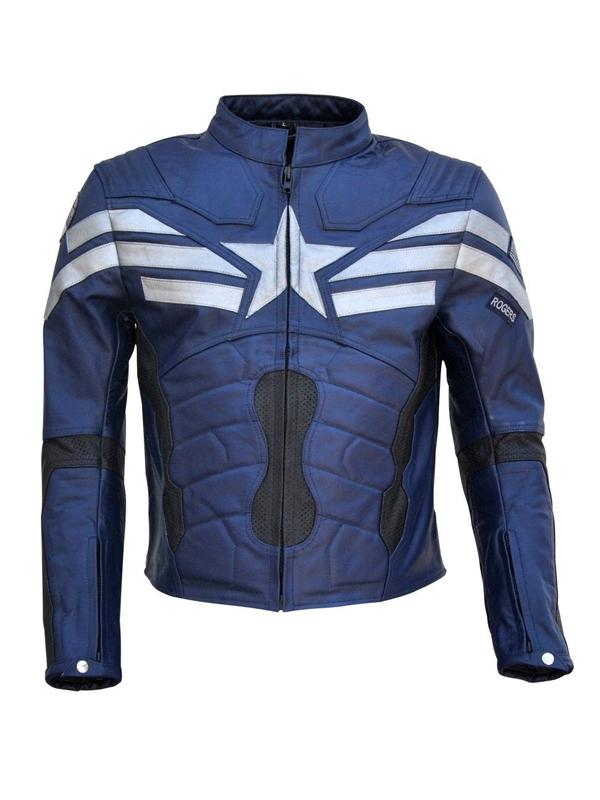 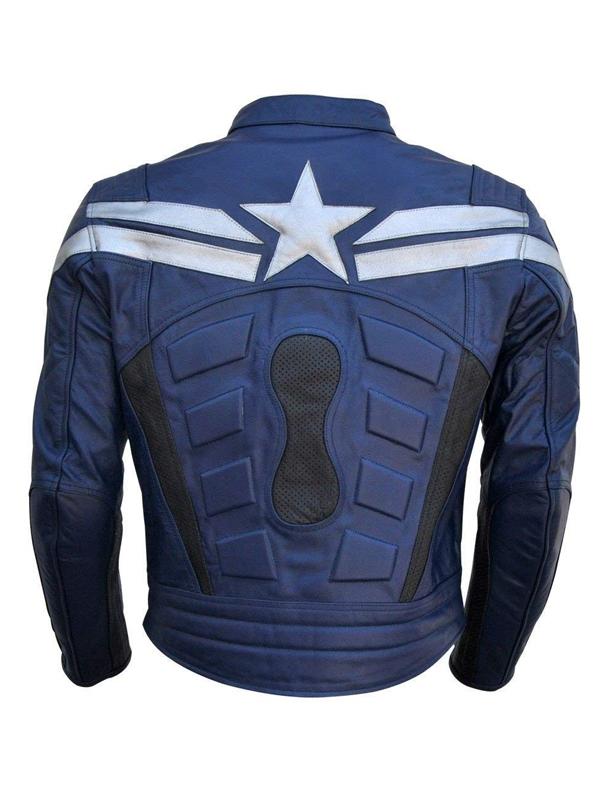 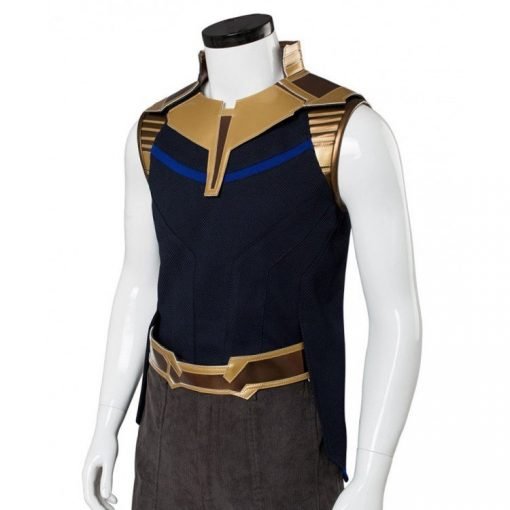 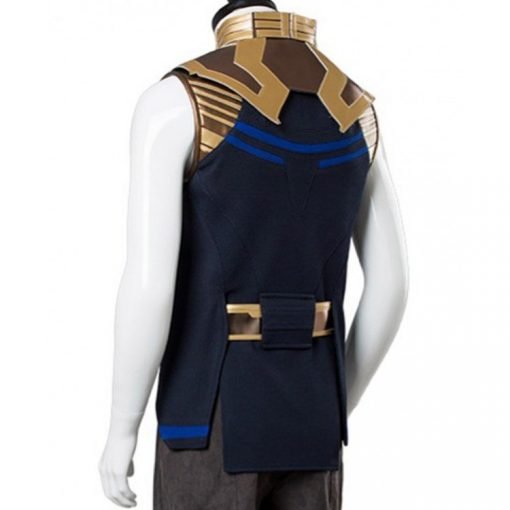 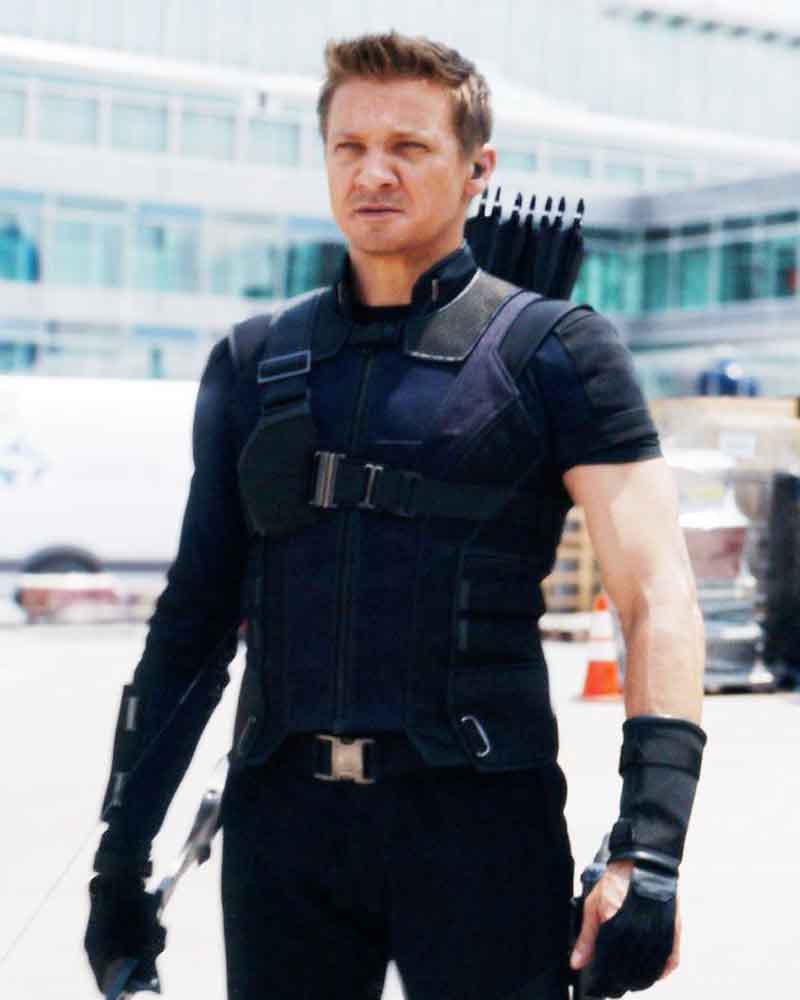 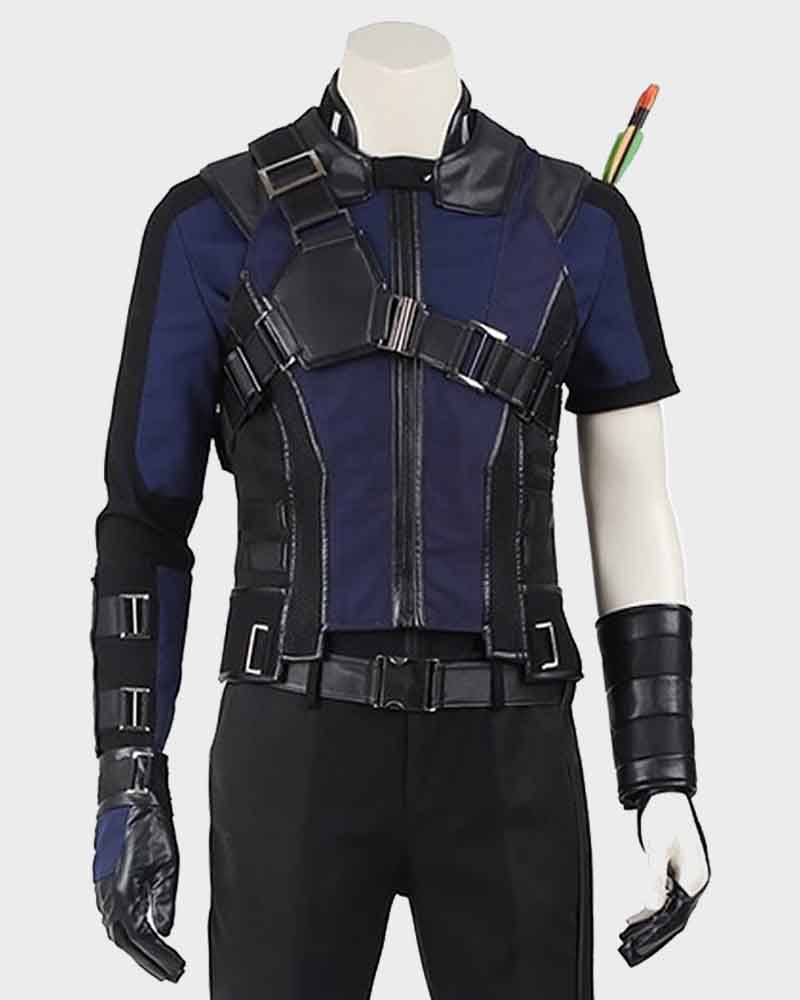 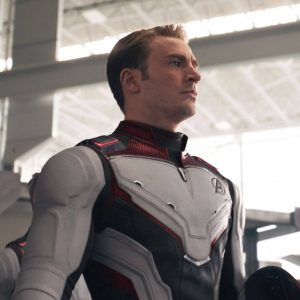 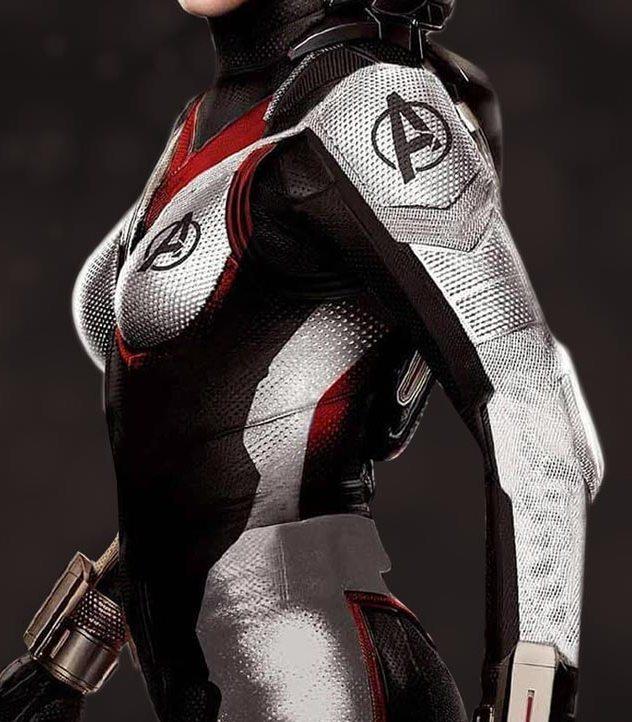 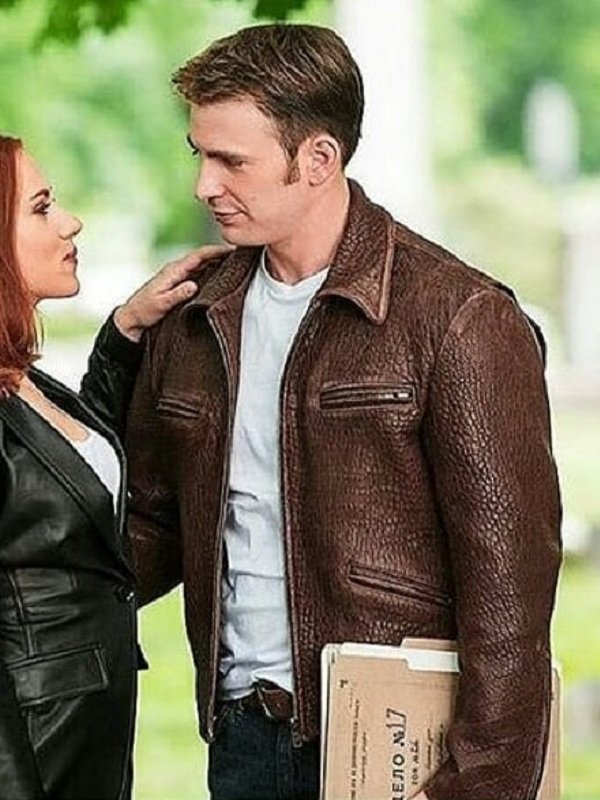 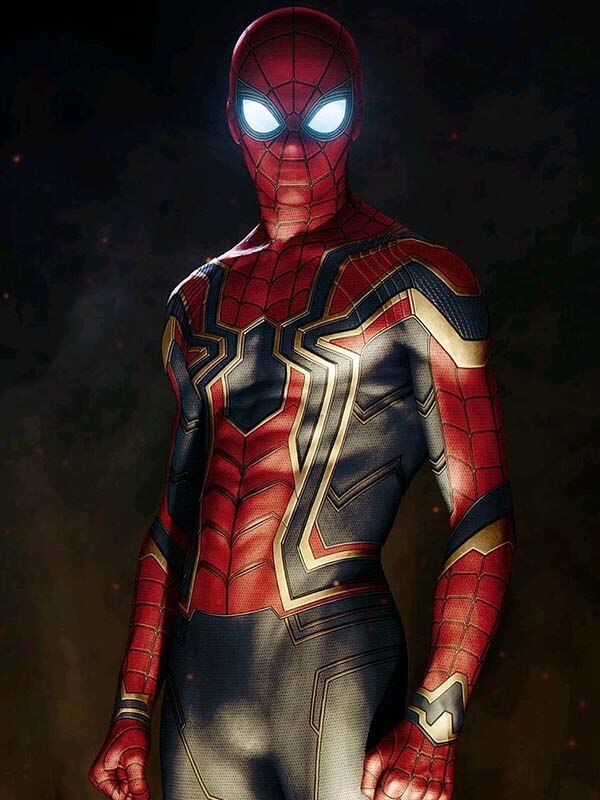 With the conclusion of this epic saga known as Avengers: Endgame, not only does a decade that was fantastically started by Iron Man come to an end, but this wild, action-packed, and emotional joy ride also includes not just a few, but many marvellous suits, jackets, vests, and other items. Consequently, to make it easier for fans to dress as these endearing creatures, We bring you the most in vogue AVENGERS JACKETS COLLECTION Avengers: Endgame was Marvel Studio's most ambitious film to date because it was the ideal synthesis of elements such as the Avengers Super Heroes fighting in unison against a Super Villain, along with a huge budget, thrilling action sequences, emotional weight of the story, and mind-blowing Visual effects. All moviegoers, but especially lovers of the Avenger series, enjoyed the visual splendour and cinematic enjoyment of this 2018 American superhero film. In addition to receiving high marks from critics, Avenger: Endgame broke records at the box office by being the first superhero movie to gross $2 billion globally.

The popularity and acclaim that this movie attained among young people made it clear that it will be challenging for any other picture to match it. The main character of this film, Thanos, is a new threat who has emerged from the cosmos as an intergalactic ruler from Titan. He seeks to obtain six infinity stones in order to split the universe in half and rebalance the world. To stop Thanos from doing irreversible damage, all of the Avengers and Guardians of the Galaxy must battle him, and many of their lives are lost in the process. 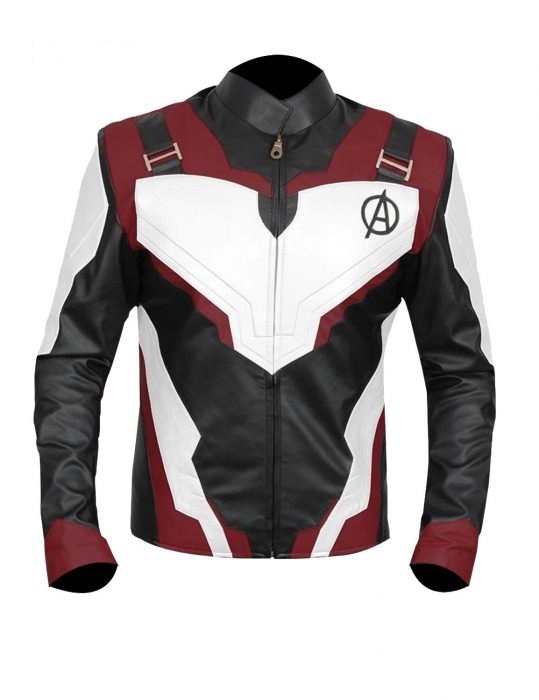 This is unquestionably and without a doubt your one-stop shop for the best-in-class quality, exquisite stitching, and long-lasting Avengers Leather Jackets. These outstanding jackets are made of genuine or faux leather of the highest calibre, with such durability and finesse that they will not only survive you but also make you seem sophisticated. It is appropriate to wear for themed parties and nightclubs because of the glossy finish with matte portions, geometric patterns, and lines with a variety of colours and undertones.

Halloween and even informal events. It will be warm and cozy to wear thanks to the interior viscose lining that serves as a shell. Each jacket in this line of Avengers: Endgame jackets has a superhero emblem expertly etched or embossed on it so that it appears to be the authentic one. The YKK zipper fastening and fine stitching make it simple to accessorize. For your necessities, there are slant pockets and inside waist pockets. The exquisitely constructed and elegantly embellished costumes of your favourite superheroes caught many people's attention and are now in high demand. Grab these fantastic Avengers Leather Jackets while you still can to leave a lasting impression.

Which 6 original Avengers are they?

Iron Man, Captain America, Thor, the Hulk, Black Widow, and Hawkeye made up the original team. S.H.I.E.L.D. summoned them together to battle Loki, Thor's adopted brother

The new Avenger team consists of who?

Who is Captain America in reality?

Steve Rogers' alter ego is Captain America, a sickly young artist who, after enlisting in the military to support the American government's efforts in World War II, was transformed into the pinnacle of human perfection by an experimental “super-soldier serum.”

Who are the fans' preferred Avengers?

With 78 per cent of the vote, three well-known MCU characters—Spider-Man, Iron Man, and Thor—share the top spot among fans. Captain America and the Hulk follow.

Which Avenger is the final?

The 2019 American superhero movie Avengers: Endgame is based on the Avengers superhero team from Marvel Comics. It is the direct sequel to Avengers: Infinity War (2018) and the 22nd movie in the Marvel Cinematic Universe, both of which were made by Marvel Studios and distributed by Walt Disney Studios Motion Pictures (MCU).

Who is the Avengers' villain?

Since then, Thanos has been a persistent thorn in the side of the Marvel Universe. This also holds for the Marvel Cinematic Universe, when Thanos repeated his Infinity Gauntlet plot to disastrous effect in Avengers: Infinity War and Avengers: Endgame

Captain America: Is He Dead?

The Marvel Cinematic Universe does not feature Captain America's demise. He at least doesn't pass away on screen, at least. The last time we see Captain America is in Avengers: Endgame, when, following the Avengers' conflict with Thanos, he travels back in time and spends his days with Peggy Carter, his true love.

In the Endgame, does Black Widow pass away?

Unfortunately, Avengers: Endgame features several other heroes who pass away. Natasha gives her life to get the infinity stone during the Time Heist when she and Clint attempt to get the Soul Stone. But unlike Iron Man, she wasn't even given a state funeral.

How does Thanos from the past get to the present?

When Nebula and Rhodey go to 2014 to recover the Power Stone, Thanos from that year realizes they've done it and swaps out the current Nebula for the previous Nebula. She then lets Thanos and his soldiers through the portal.

In Avengers: Endgame, does Iron Man pass away?

Iron Man ends up losing his life even if he ends the mad titan's existence. The stones mortally disintegrate Tony's body as he uses them to crush Thanos and his army.

Black Panther will there be an Endgame?

Black Panther, Shuri, Okoye, and the Wakandan army show up when Hulk uses the snap to bring everyone back to life to aid Steve in his battle with Thanos.