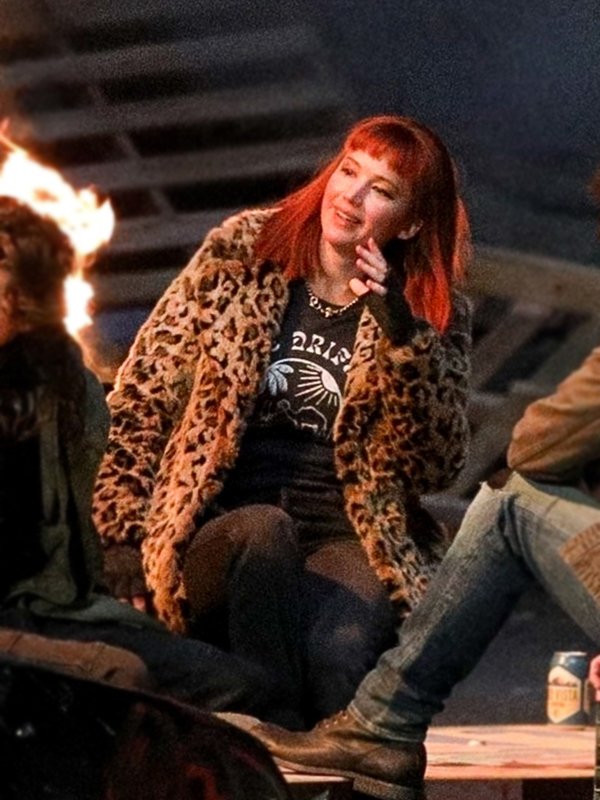 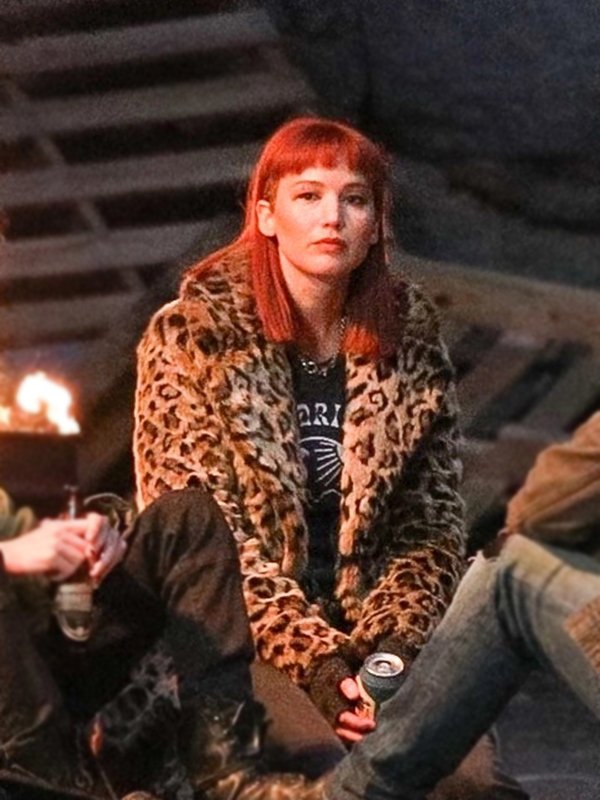 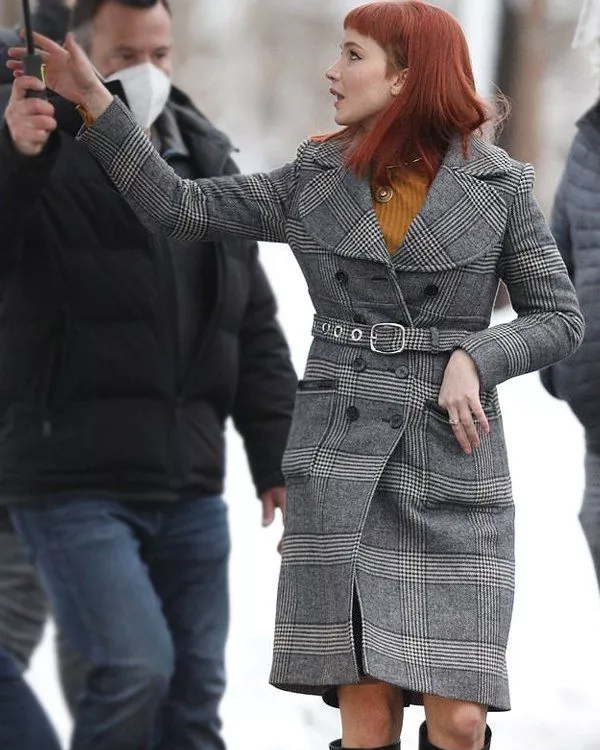 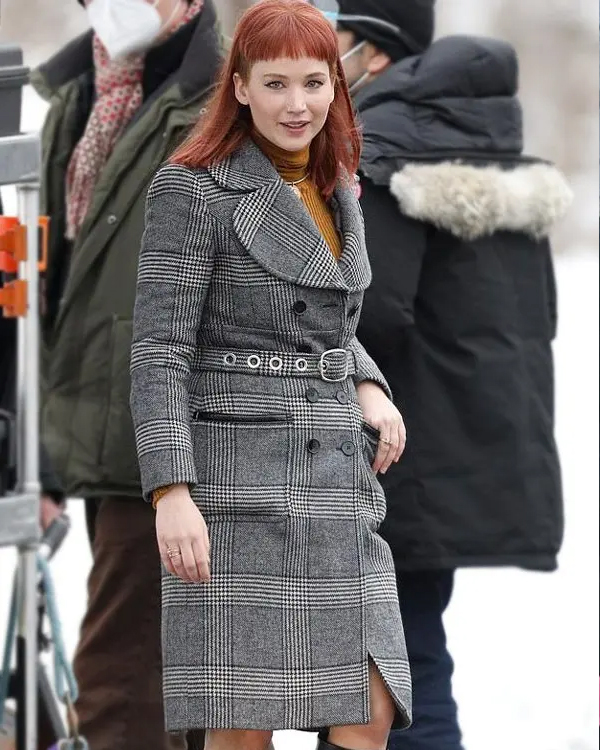 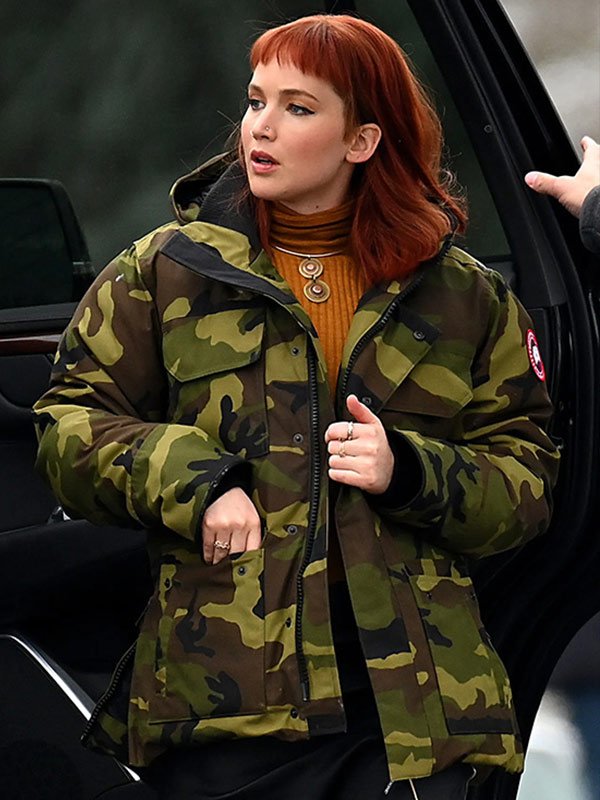 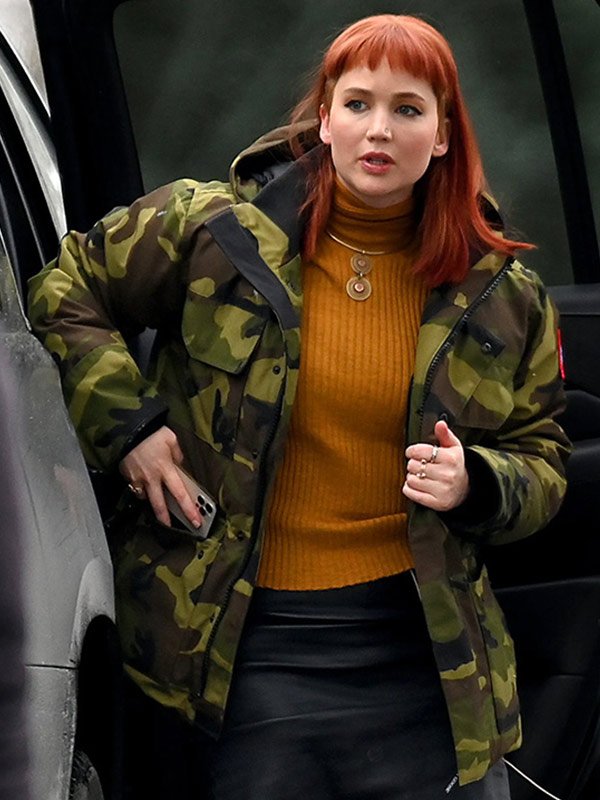 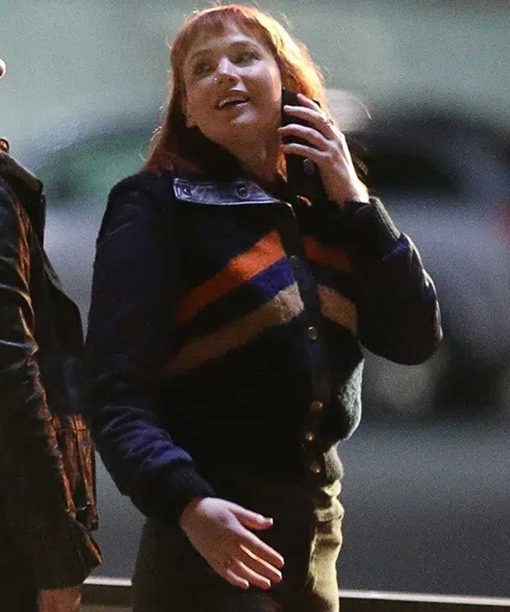 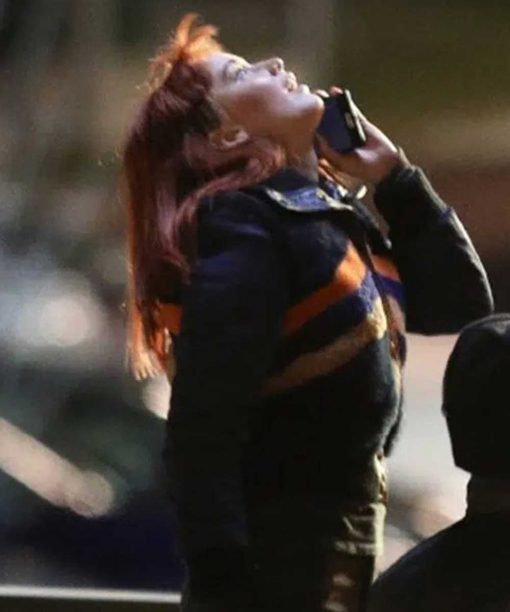 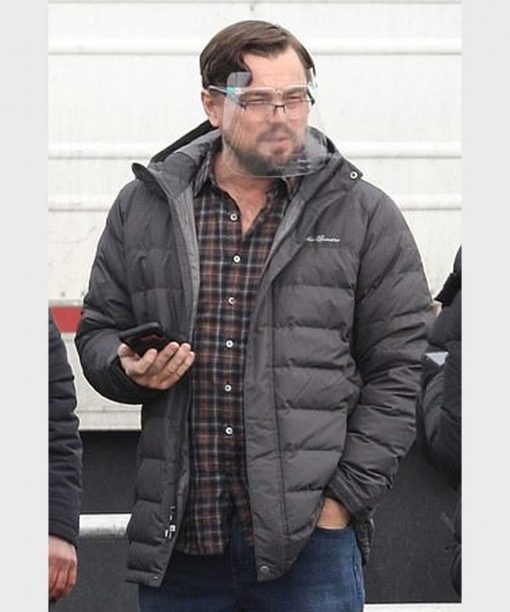 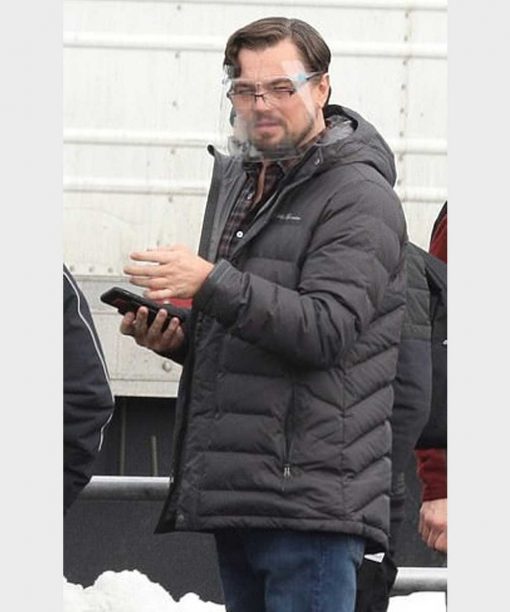 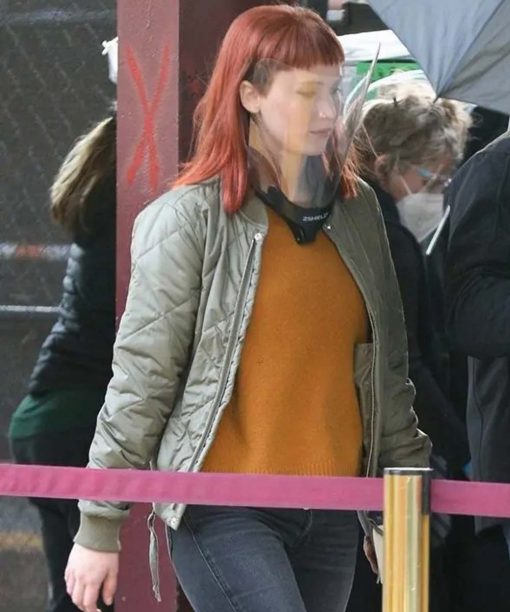 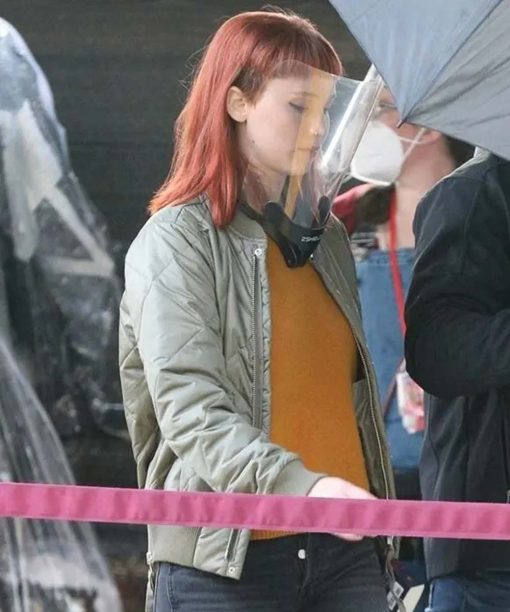 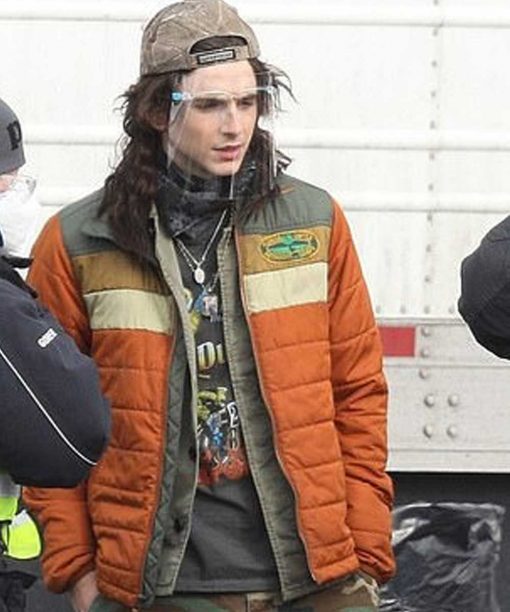 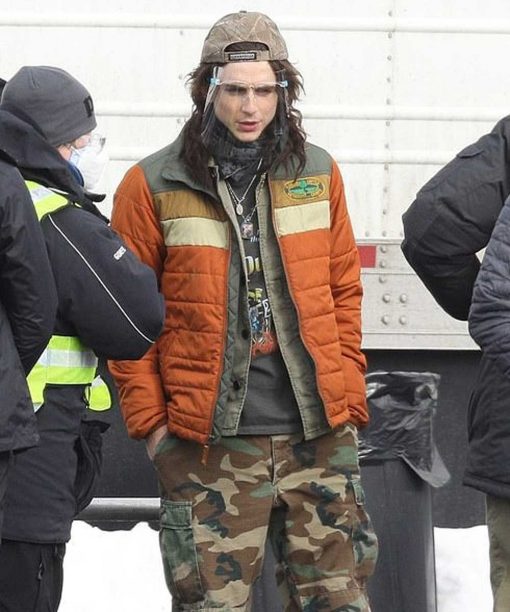 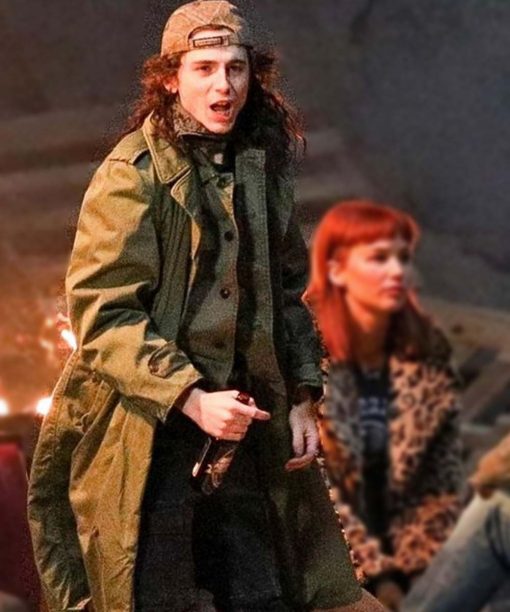 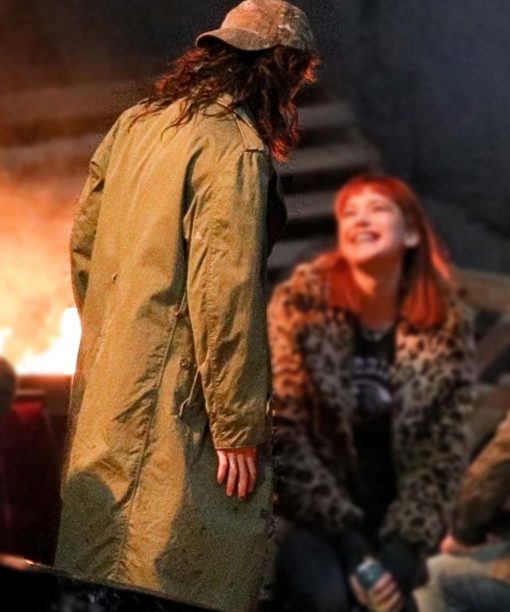 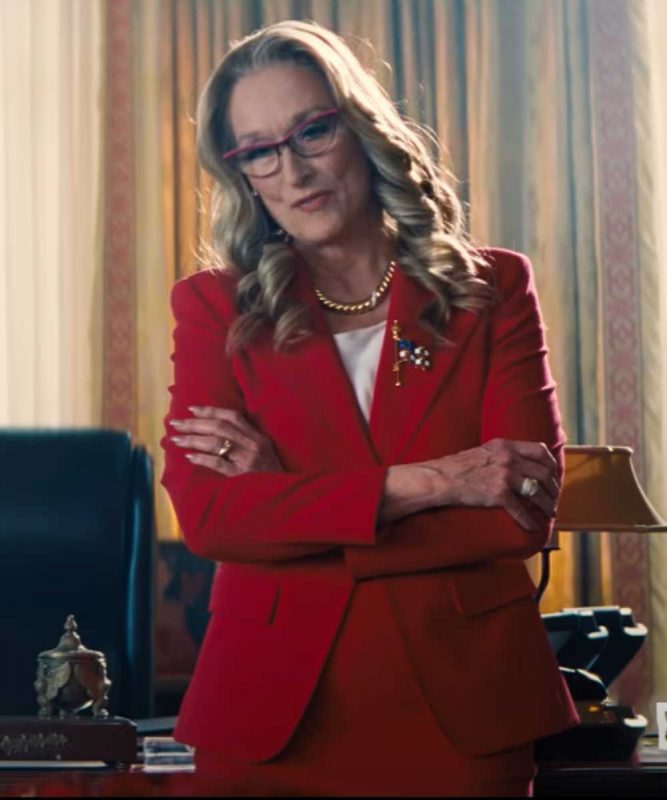 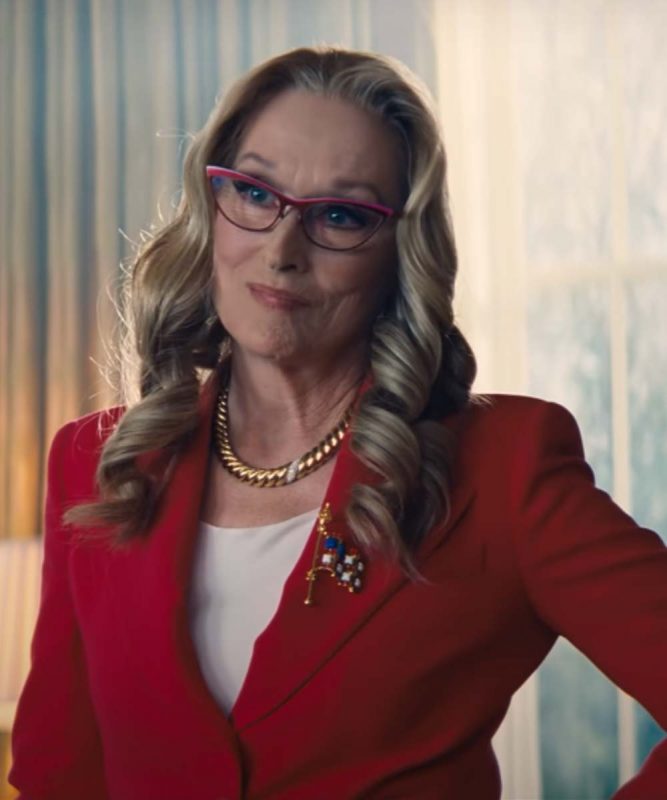 Who doesn’t love outfits that can amazingly elevate your personality with an outstanding glance? Everybody does right! So then our website is the best place for you because not only do we have alluring outfits, we have outerwear that is inspired by your beloved celebrities and their popular movies. Well, that being said, the genuine leather is really happy to inform you, we have launched a new DON'T LOOK UP JACKET COLLECTION into our movie merchandise.

Don't look up jacket collection is really distinctly unique for not only men’s as well as a milestone in women's wardrobe. Unique because it holds the fashionable attributes to fight the arctic weather while portraying you as a voguish persona.

So what if anyone told you that the earth is going to be hit by a massive enough asteroid to wipe out the whole of humankind. Well, your response could be an argument here. Which was the exact scenario with Jennifer Lawrence and Leonardo Di Caprio.

The astronomical plot of Don't Look Up Movie revolves around Kate Dibiasky, a Michigan State University astronomy Ph. D. candidate doing work with the Subaru Telescope, who discovers a previously unknown comet just inside of Jupiter's orbit at 4. 6 au from the Sun.

Her professor Dr. Randall Mindy calculates that it will impact Earth in about six months and is large enough to cause a planet-wide extinction event, as NASA internally confirms. Accompanied by NASA's Planetary Defense Coordination Office head Dr. Teddy Oglethorpe, Dibiasky and Mindy present their findings to the White House.

The actual news about the comet's threat receives little public attention and is denied by Orlean's Director of NASA, a top donor to Orlean with no background in astronomy. The mission successfully launches, but Orlean abruptly aborts it when Peter Isherwell, the billionaire CEO of tech company BASH and another top donor, discovers that the comet contains trillions of dollars worth of rare-earth elements.

Seeing the story, I must say the movie is worth every second. C'mon Jennifer Lawrence and Leonardo de Capre, how can a movie not be a super hit with this killer combination? Moreover, the don't look up collection has dazzling outfits for men that are inspired by Leonardo de Caprio.

Moreover, dazzling apparel for women is from the blinding wardrobe of Jennifer Lawrence. Every outfit is unique in its own way and symbolizes a different vibe and style. So who doesn't want to wear like our beloved Leonardo and Jennifer., We are all right! So don't miss this chance and grab outstanding outfits from our Don't Look Up Jacket collection. That we are providing a very cost-effective price tag so you can carry the style of an influential personality with ease in your pocket.

Furthermore, the Don't Look Up outfit collection is crafted with premium quality material to provide you with a rich experience. Moreover, they have technical attributes to enlighten your personality and make you irresistible in the crowd while providing you the utmost warmth and comfort.

Although every apparel in doesn't look up merchandise is outstanding and worth wearing because of the tempting entails that speaks many accents. But we would like to draw your attention towards the ones, we think are the top ones and can serve you with your desired celebrity-like glance.

Creative lining design belted closure and dazzling color contrast, what else do you need to rock your corporate world. So trench coat is the best thing that could ever happen to your formal wardrobe. To get the compliments you never got, wear this apparel and get peppery praising with every growing step.

So you live in Siberian weather and you need something to not only uplift your personality but also the o0ne with technical attributes to help you fight the weather. What could be this best thing better than a puffer jacket? Especially the one that comes with the characteristics of Leonardo. So get this versatile outwear right now and help your Persian stand out with a voguish glance.

What comet is don't look up based on?

What was the message of Don't lookup?

The film's core lesson in terms of communication is about the social spread of non-facts, a problem that applies equally to the COVID-19 pandemic and the 2020 presidential election's “Big Lie” regarding voter fraud.

What is the movie don't lookup based on?

Don't Look Up on Netflix is a humorous look at actual life, with each character based on real-world personalities. While Comet Dibiasky is not now en route to Earth, there are many parallels between our reality and Don't Look Up.

Where was Don't look up filmed?

With a role in Netflix's 'Don't Look Up,' filmed in Brockton, a Brockton resident pursues his acting passion. BROCKTON, TENNESSEE — As Leonardo DiCaprio and Jennifer Lawrence joined the scene for “Don't Look Up,” a Netflix original film largely shot in the city, butterflies danced in Chamandre Fortunat's stomach.

How does don't look up end?