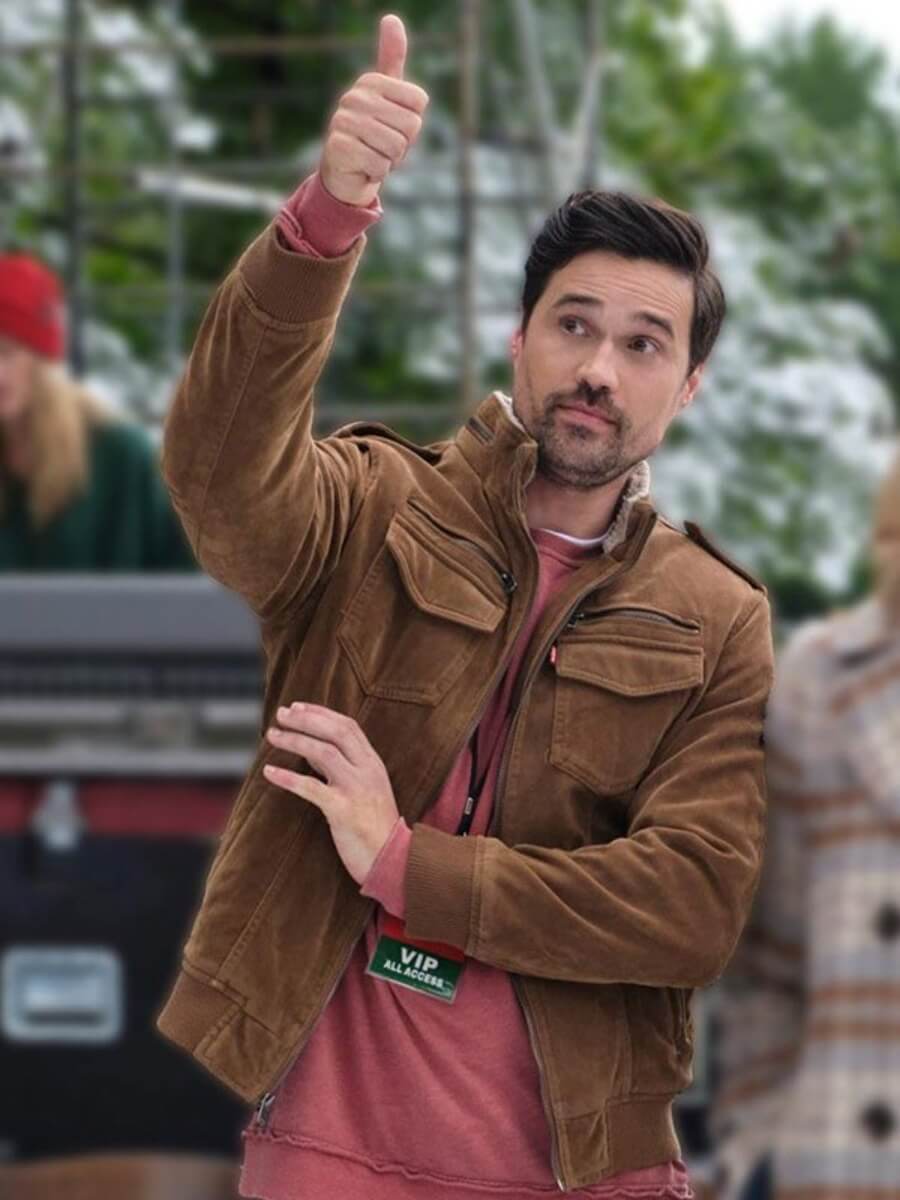 you are looking for a unique outfit to wear. Maybe stuff your favorite actor wore in a recent film. You've arrived at the best location. The One December Night Outfits line has real leather jackets that will appeal to both The One December Night enthusiasts and those with a strong sense of style and quality.

The One December Night

The One December Night Storyline

Bedford and Sullivan, composed of childhood friends Steve Bedford and Mike Sullivan, broke up 10 years ago after an on-stage incident that was the final straw in what had always been a shaky professional relationship. Following their actions, the two have not communicated, further fracturing their relationship. While Steve has managed to carve out a solo project based solely on the duo's goodwill, Mike has withdrawn from the public eye due to the issues that led to the on-stage incident, that is until now when he agreed to a televised Christmas reunion show called “Bedford and Sullivan at Big Red,”.

The One December Night Outfits

We've compiled a list of outfits worn by your favorite characters in One December Night. All you have to do now is read through the book with an open mind and a keen eye, and you'll be able to get your hands on the outfit that has inspired you.

Each outfit features all of the essential items and accessories that you'll need to get your hands on to recreate your favorite character's appearance from the film. So, let's get started.

Jason Bedford is portrayed by Brett Dalton in the film One December Night. We have to admit that he has a charming personality, and wearing this black coat just adds to his appeal. Jason's black coat is unquestionably a must-have.

This coat is made of a wool blend fabric and is lined on the inside with a comfortable viscose lining. It has a front double-breasted button closure and a large notch lapel-style collar. The extra characteristics of this magnificent black coat include long sleeves, open hem cuffs, and two flap pockets on the waist.

One of the most daring and endearing characters in One December Night is Bruce Campbell's, Steve Bedford. Throughout the film, he has a distinct bold expression, and we adore how manly he appears, don't you?

This maroon blazer he wore in the film is a classic, and we'd love to get our hands on it. The blazer is made of a wool blend fabric with a soft viscose lining on the inside for a warm and comfortable fit. The blazer features a peak lapel style collar, a front buttoned closure, long sleeves, open hem cuffs, and two waist flap pockets.

Get your hands on the clothing that's been motivating you for a long time and recreate your favorite character's look from One December Night. We believe that the One December Night Costume was useful in determining which dress to purchase. So pick the best of them all and make a good impression.

Where did the classic film One December Night take place?

`”One December Night,” a Hallmark Christmas film shot in Goshen, will air for the first time on Saturday. In September, the village was turned into a Winter Wonderland. The video, according to the mayor, brought in approximately $20,000 for the hamlet.

What is the plot of Hallmark December Night?

Who are Steve Sullivan and Bedford, and what do they do?

Who portrays Steve Bedford in the film?

Bruce Campbell is a horror legend. This holiday season, Bruce Campbell is taking on a new career as a retired rock star. Campbell plays Steve Bedford, a former member of the iconic rock combo Bedford & Sullivan, in the upcoming Hallmark Christmas film “One December Night,” which premieres on the network on Nov.

What role does Ben play in holiday hearts?

Ben and Peyton had avoided each other since Ben came to Birch Creek a year ago to work at the Birch Creek Community Hospital under the supervision of his divorced father, Dr. David Tyler.

What happens at the end of a December night?

Mike apologizes to Quinn for abandoning her when she was a child, and Steve reveals to Jason that he has Alzheimer's. When Mike learns of Steve's prognosis, they bury the past and go ahead with the show. It's a Christmas miracle, to be sure! The concert continues, and we get a complete view of it.

Where can I go on a December night to watch a movie?

If I don't have cable, where can I view “One December Night”? You can watch it on FuboTV ($64.99/month), a streaming service that gives you access to your favorite TV series, live sporting events, and more. When you sign up, you get a 7-day free trial.

Is it true that Peter Gallagher and Bruce Campbell sang in One December Night?

We do, however, receive two tunes instead of one! Peter Gallagher (who plays Mike Sullivan) will perform the title song, while Jasmine Forsberg (who plays Addison) will perform “Fa La La La La,” a song she created for the film. Bruce spoke with ScreenAnarchy recently about his Hallmark Channel debut.

Is Jasmine Forsberg in One December Night a singer?