Batman is a superhero created by Bob Kane and Bill Finger. In 1939, he made his debut in Detective Comics #27. Batman is one of the most well-known superheroes, having appeared in numerous comic books, films, and television episodes.

For good reason, Batman is one of the most popular superhero costume ideas. The secret identity of eccentric American billionaire philanthropist Bruce Wayne is this famous DC Comics superhero. As a boy, he witnessed his parents being murdered in the crime-ridden Gotham City, so he assumed the name of Batman to combat crime and bring criminals to justice. After 70 years, Batman remains one of the most recognizable comic book superheroes, and the legend is set to continue on with the rebirth of the Batman films for a new generation.

What's the deal with the multiple looks? The Batman outfit has been revived countless times throughout the years, in comic books, films, and television shows. In the early Batman comic books, the famous gray-black suit was the first to appear. In the films Batman Returns and Batman Forever, the black Batman costume first appeared. The Batman costume has become even darker and sleeker in the most recent reincarnation.

Bruce Wayne AKA Batman, a millionaire businessman by day and masked superhero at night, defends Gotham City from crime. Since his debut appearance in DC Comics in 1939, he has grown into a classic Superhero symbol. From the early days of comic books to his own TV series starring Adam West in the 1960s, the Batman we see today has evolved significantly. Batman has been played by Michael Keaton, Christian Bale, and, most recently, Ben Affleck, all of whom are now part of the Warner Bros. family.

Because he represents hope for individuals living in hazardous cities, Batman is a popular character. He is a figure of justice and bravery who is never afraid to speak up for what is right. As his story is constantly evolving, Batman is also one of the most complex superheroes.

Two-Face and The Penguin are only two of Batman's many villains. Batman has some pals that assist him in his fight against crime. Dick Grayson is his most well-known ally, and the two have collaborated on the Teen Titans superhero team.

Although every outfit is unique and dazzling in the Batman outfit collection, we would like to draw your attention to some of the iconic outfits in the collection. 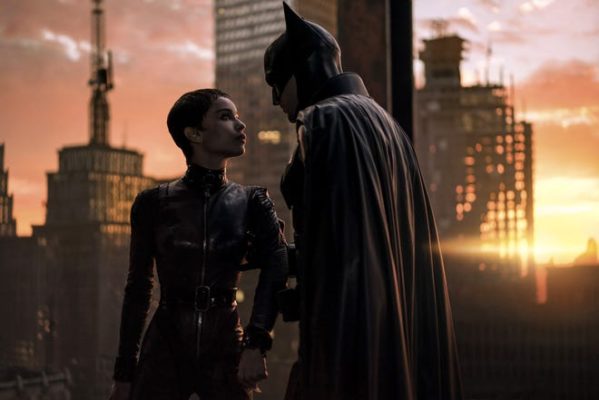 What is Batman's suit made of?

The Batsuit is made of triple-weave Kevlar and is centered on the most visible target, the Bat emblem on the chest, which is designed to attract gunfire to the armor's thickest area.

What is Batman's outfit called?

The Batsuit (or Bat-Suit) is the fictional superhero Batman of DC Comics, who appears in American comic books. The suit has been represented in a variety of ways, and the stories have described Batman as changing the elements of his costume on a regular basis.

Who designed the Batman costume?

“Of course, we have a wonderful costume designer, Jacqueline Durran, and the Batsuit was designed by Glyn Dillon, and they're both geniuses,” says Warner Bros. It was a pleasure to collaborate with them. Being able to work with the actors is one of the most significant aspects.

Why does Batman have blades on his arms?

It's that simple. Gauntlet comes from the Middle French gantlet, which is a diminutive of the Old French giant glove.

Batman's spikes, like the bottom of his cape, might be effective in combat if they were razor-sharp, but they serve to reinforce the bat image by resembling bat wings.

Does Batman use knives?

Tactical Knife: While Batman does not use this in combat, he has used it to slash through a variety of tough materials.

One is kept on Batman's utility belt, and the other is kept in his vehicles.