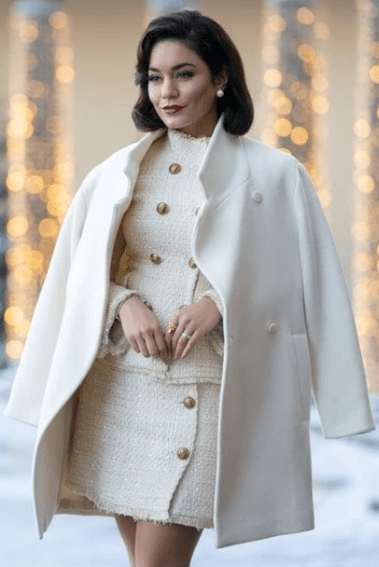 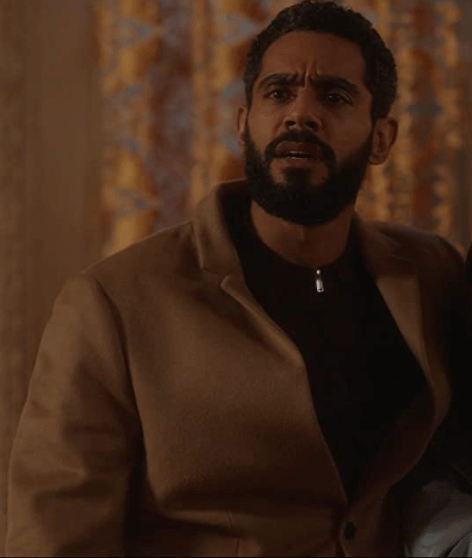 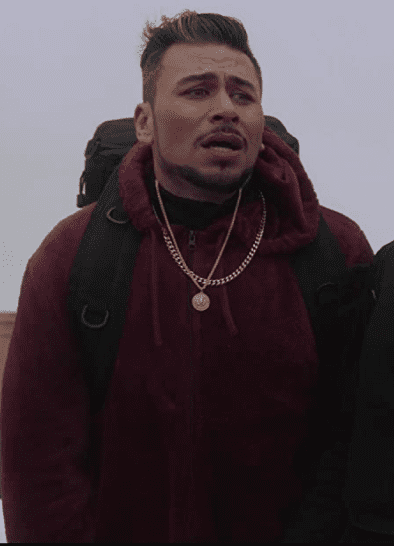 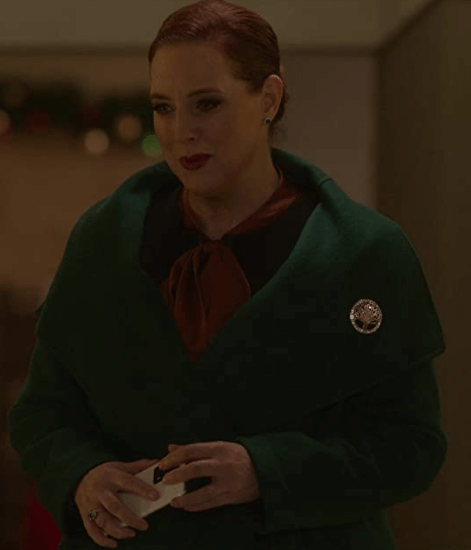 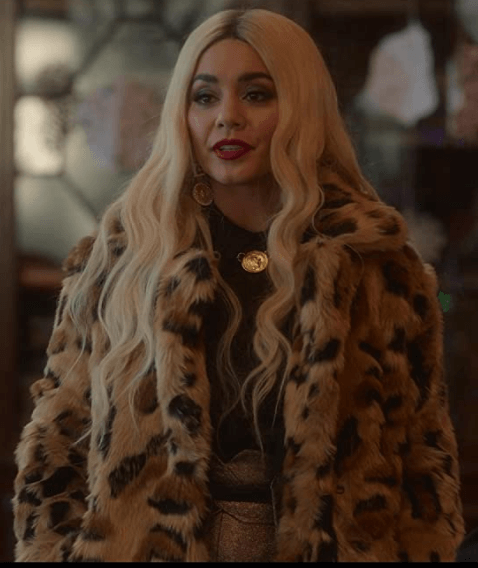 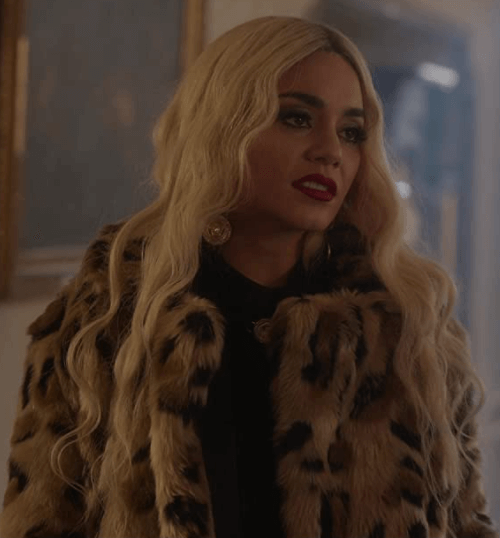 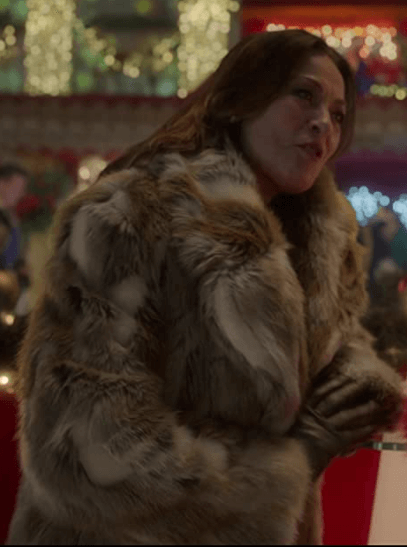 The genuine leather has a great selection of THE PRINCESS SWITCH JACKETS & COATS. It has eye-catching clothing that will make you fall in love with it. Look for the appropriate item for yourself and wear it to show off your stunning appearance. Every costume has been designed with high-end materials. This THE PRINCESS SWITCH JACKETS line features a variety of fashionable outerwear with voguish characteristics.

Mike Rohl directed The Princess Switch, a 2018 American Christmas romantic comedy film based on a script by Robin Bernheim and Megan Metzger. Vanessa Hudgens, Sam Palladio, and Nick Sagar feature in the film.

Stacy is a type-A personality. On the advice of her sous chef and best friend, Kevin, a planner with a fondness for schedules, she makes an unexpected journey to the charming region of Belgravia. Stacy encounters a similar stranger with a bizarre request while preparing for the Royal Christmas Baking Contest. Duchess Margaret Delacourt, free-spirited but royally obligated, only wants one more chance to live life as a “regular person” before marrying the Crown Prince of Belgravia. Stacy has the power to grant her wish.

The storyline, as well as the characters' clothing, are popular among viewers. As a result, we've designed THE PRINCESS SWITCH Outfits, a collection of exceptional Jackets and Coats that will enhance your personality. It's a one-of-a-kind collection created especially for our fashionistas.

We understand how important it is to keep your clothing current to rule the world. And, as they say, clothes convey a lot about a person's personality, thus following trends and donning edgy attire will help you advance in any field.

Because of the appealing nuances that can give charm to anyone's persona,  THE PRINCESS SWITCH Merchandise is the exception for fashionistas. The fantastic sensations they produce, which might enhance your attractiveness, are one of the most noticeable.

To give you a better sense of what we're talking about, we'd like to present you with some of the most popular outfits from  THE PRINCESS SWITCH Merchandise

Hudgens' performance, in all of her parts, was outstanding. This time around, the supporting cast, the Princess Switch regulars, also delivered excellent performances. The picture also had a beautiful Christmas vibe to it, as well as a good soundtrack. This film is extremely entertaining and a true joy to see within the genre and the Christmas spirit. The extravagant backdrop, expensive-looking decorating, and costumes all look fantastic. It's glitzy, the cast is well-balanced, and Vanessa is simply amazing. Her three roles were all outstanding. It's worth watching and relaxing too. Margaret's cousin, Lady Fiona Pembroke, is played by Vanessa Hudgens. Fiona Pembroke's The Princess Switch 3 Coat is available on our website. So don't waste any more time, ladies, and get this stunning coat before it sells out.

There are plenty more enlisted, so browse our vivid assortment of Vanessa Hudgens The Princess Switch Blue Coat. All of these garments are made of high-quality fabric to provide you with lasting comfort. Don't forget to take advantage of these opportunities! And when you wore them, you got the compliments you deserved!

Is it permissible to use The Princess Switch?

What Parents Should Know Parents should be aware that The Princess Switch is a heartwarming Christmas film starring Vanessa Hudgens that both parents and tweens will appreciate.

Is The Princess Switch a game where twins compete?

Vanessa will appear in doubles, triples, and even quadruples in The Princess Switch franchise! As a result, some fans speculate that Vanessa has a twin sister in real life. She does not.

Who will be the star of Princess Switch 3?

The Star of Peace is successfully reclaimed by Fiona and Peter. Peter hands up the relic to Fiona in a bag as she departs, staying behind to stall the security personnel. Fiona hops into the car, and Frank safely transports her to the palace. Margaret manages to fool Hunter into thinking she's Fiona while keeping her cover.

Is Vanessa Hudgens in The Princess Switch playing three characters?

In The Princess Switch 3: Romancing The Star, audiences will be treated to not one, not two, but three characters performed by Vanessa Hudgens. Margaret, Stacey, and Fiona are all back, and this time the team is entrusted with solving a heist.

Is there going to be a fourth Princess Switch?

If you're wondering if Hudgens will play a fourth role, don't hold your breath. The actress has stated in multiple interviews that shooting her in three different personas is challenging enough; adding a fourth would be practically impossible.

What occurred when The Princess Switch ended?

In The Princess Switch: Switched Again, the wicked Fiona plots to usurp the throne by impersonating her cousin Margaret and kidnapping Stacy instead of Margaret. Fiona is apprehended at the end of the film, and justice is purportedly served as she is led away by the cops.

Is Vanessa Hudgens a tattooed woman?

Vanessa Hudgens has an om symbol () tattoo on both of her pinky fingers, half on one and a half on the other.

What are the plots of the films?

The plot of all three films includes switching/mistaken identities for reasons that don't matter. Stacy and Lady Margaret trade places in the first episode and fall in love with the “wrong” persona.