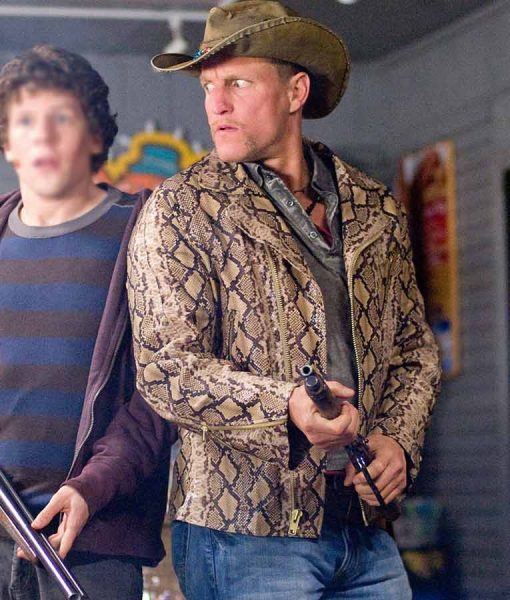 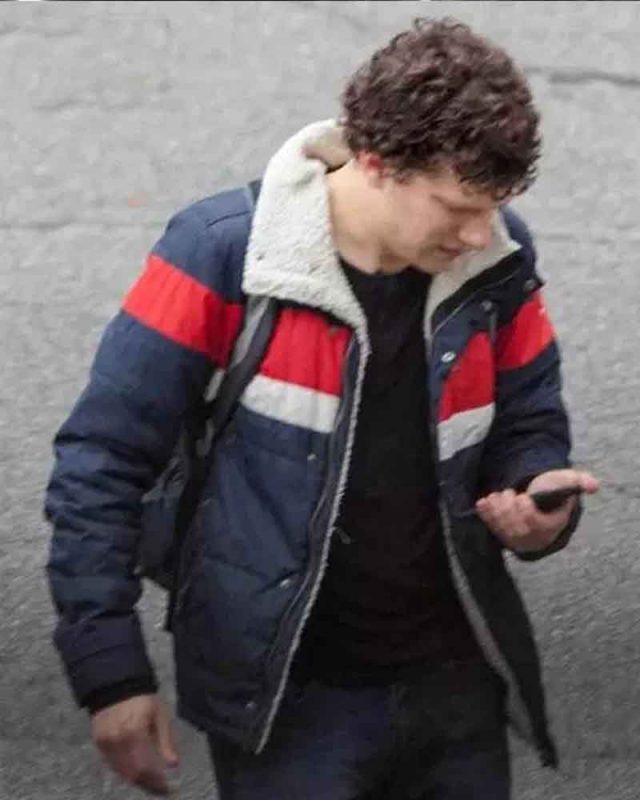 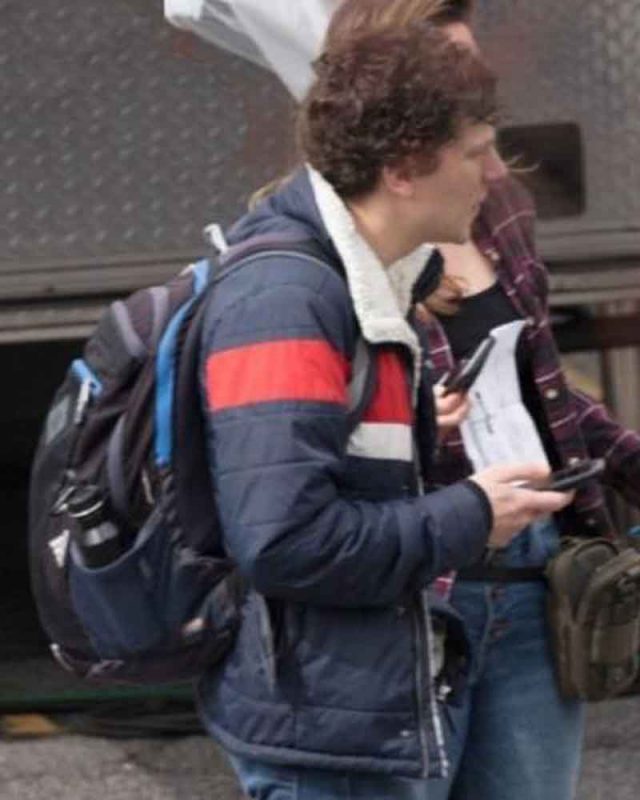 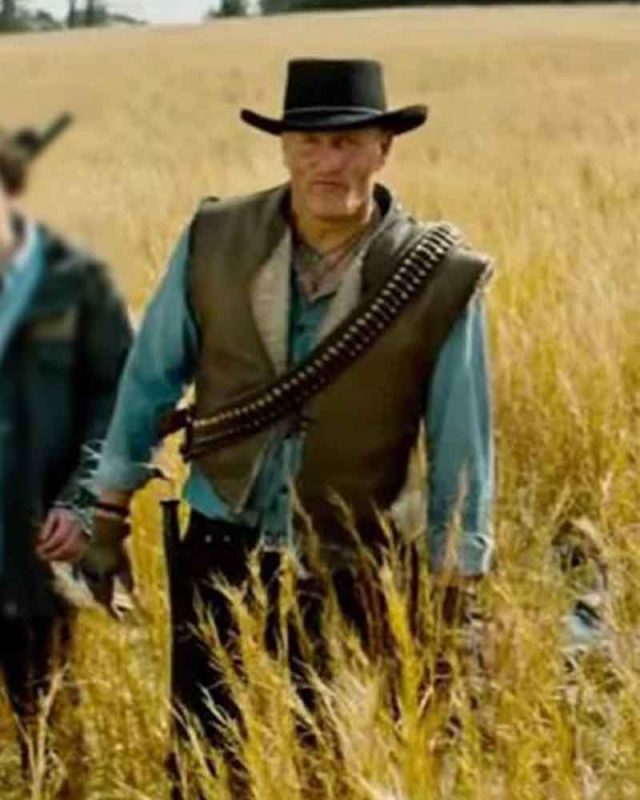 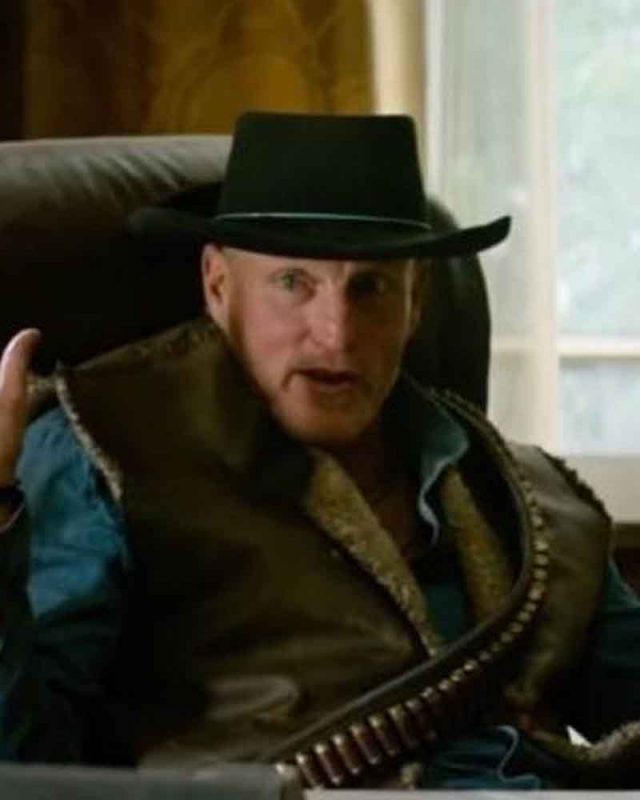 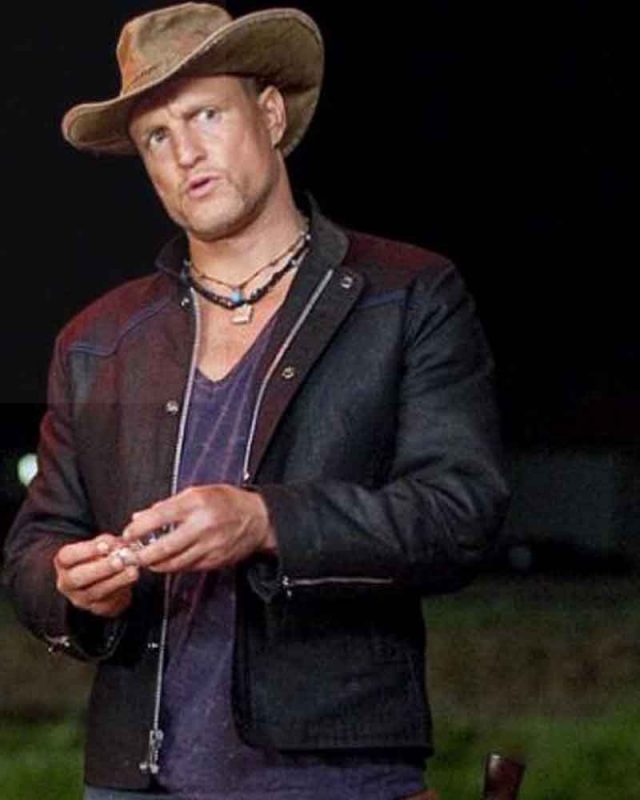 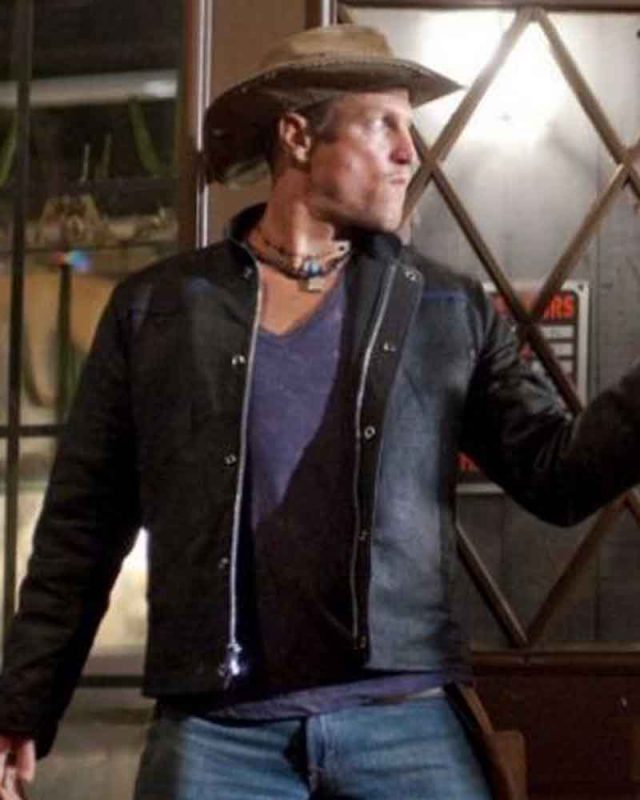 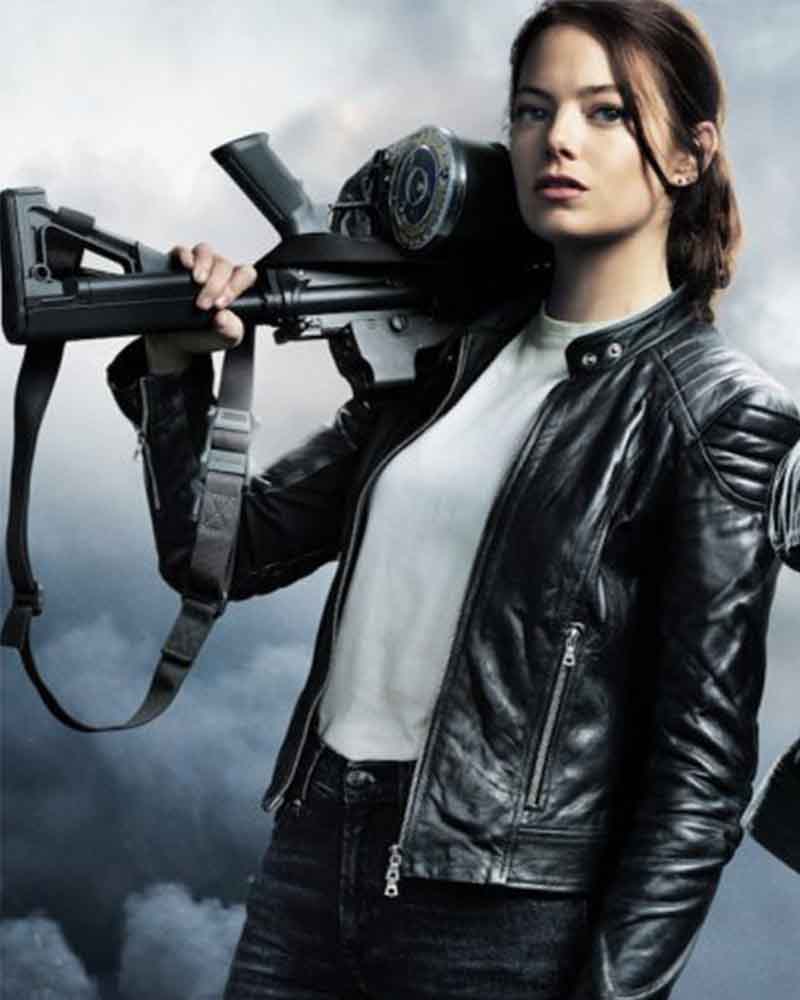 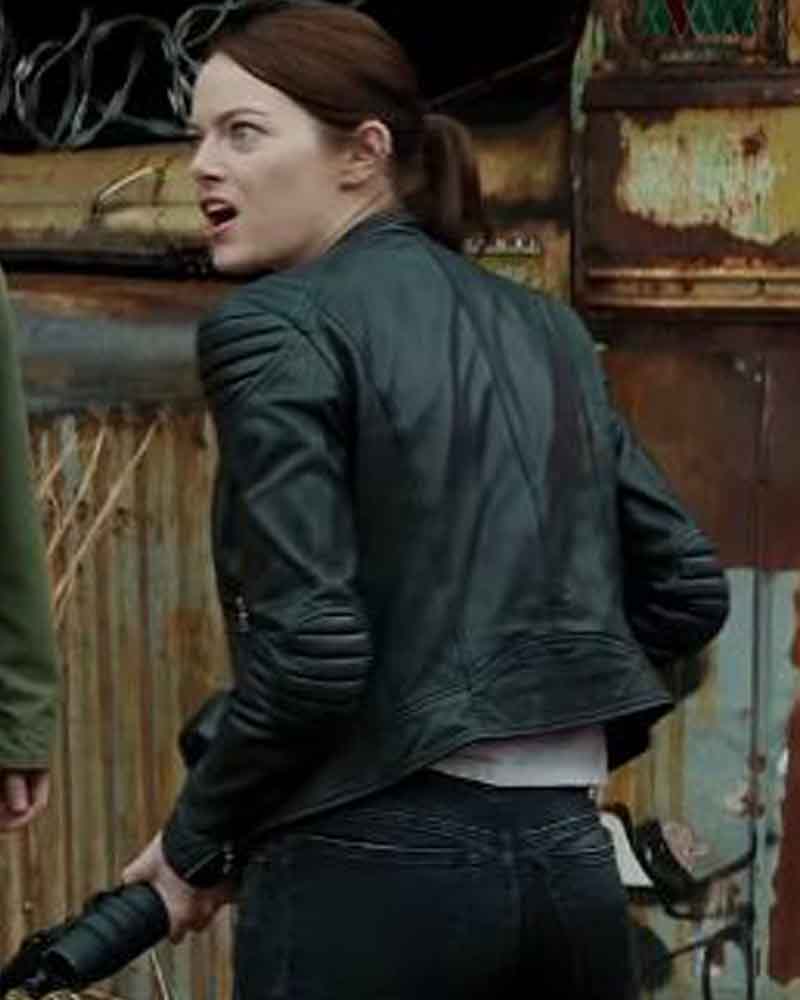 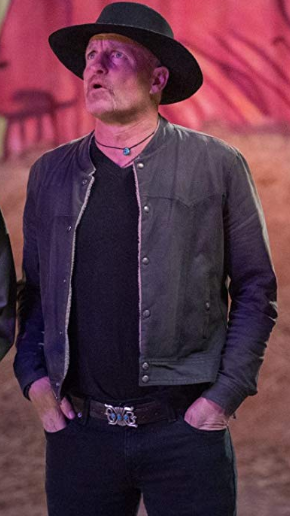 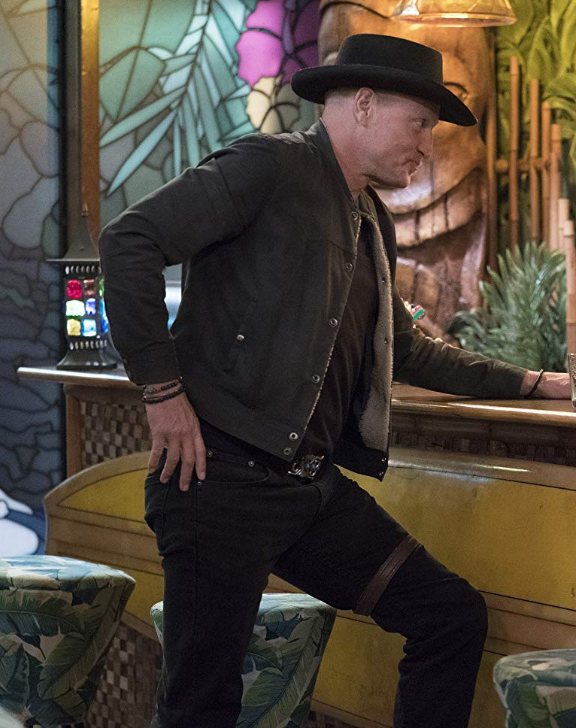 When it comes to surviving a Zombie Outbreak, everyone needs a  guidebook, or more specifically, a rule book. If you believe we're talking about the legendary team of 4 clever but stupid survivors, you're mistaken. Then you're correct. With its distinctive tale and foolish yet macho characters with jackass personas, the blockbuster film found its way into everyone's affections earlier in 2009. However, in 2019, the film was re-released with more slashing and joy. Even though this ragged group is fighting hordes of Zombies in a post-apocalyptic world, they manage to pull off some beautiful charms with their sophisticated apparel.

Tallahassee, the tough-as-nails zombie exterminator; his rule-making buddy, Columbus; the free-spirited huntress, Wichita, and her younger sister, Little Rock—find themselves in the bosom of a now-derelict White House a decade after the post-apocalyptic events in Zombieland (2009). A deliberate separation, on the other hand, will send the squad back to square one, looking for the promised land once more in a furious world still dominated by multitudes of walking dead and mutated strains of developed animated corpses. All hope now rests with Babylon, an all-organic commune of cheerful vegetarian pacifists who enjoy a good time. Is this the final stretch?

Along with the series' plot, which depicts the dramatic events of mankind's survival. In addition, the protagonists' clothes are unquestionably motivating and enticing. We've dedicated a whole section to  ZOMBIELAND Jackets. We have a large number of them. You can browse the categories to select the costume that best suits your needs. Coats, jackets, vests, and hooded jackets are all part of the  ZOMBIELAND Jackets line. As a result, you'll fall in love with every other outfit you see.

In addition, the characters in the Zombieland Series wore trendy attire. Many people have been impacted by the character in this series, not only because of his or her performance but also because of his or her wardrobe style. The outfits are adored by all of the admirers, and they all want to get their hands on them. Genuine leather, where you'll find everything you need for both men and women, is the place to go if you're seeking inspiring clothes.

Fans prefer the Wichita Leather Jacket, which is a reproduction of the one worn by the character. The Zombieland Double Tap Emma Stone Leather Jacket is made of high-quality stitching that makes it long-lasting. For a night out with the girls, the jacket is ideal.

You're in luck since this jacket is identical to the Snakeskin jacket worn by Woody Harrelson, who plays Tallahassee in the film Zombieland. This jacket's snakeskin and wide lapel collar give it a wonderful look. It is made of PU leather and has a viscose lining on the inside, making it a pleasant jacket to wear. It's a trendy outfit with a front zip pocket and a zip closing. It's an excellent choice for your conflict.

Is a Zombieland 3 coming out?

Was Zombieland 2 a hit or a flop?

The movie Zombieland: Double Tap was practically unrecognizable from the one that was released in theatres. The long-awaited sequel came out a little over a decade after the first Zombieland, which debuted in 2009. It was a huge critical and economic success, as well as one of the best zombie movies of all time.

Where can I see Zombieland 2?

Is Zombieland 2021 available on Netflix?

On May 1, 2021, Netflix will release Zombieland for streaming. Netflix has a slew of zombie-themed films and shows.

Is Zombieland a success or a flop?

When Zombieland was released in theatres in 2009, the film became an instant smash, grossing more than $100 million. At the time, it appeared that a sequel was a certain conclusion.

Is Little Rock the same in Zombieland 2?

Why is the number 3 in Zombieland?

As a nod to Dale Earnhardt, Tallahassee paints a “3” on his cars. Tallahassee's vehicles were modeled on Earnhardt's color schemes on both occasions.