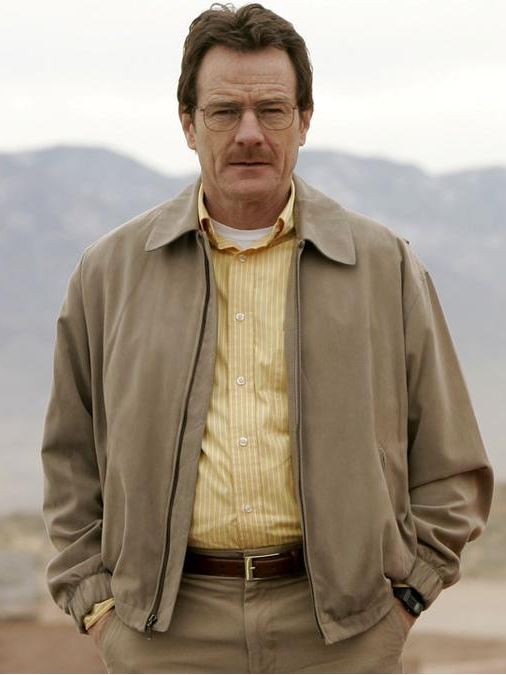 Do you think you can stay up with the fashion world considering how frequently it changes? Actually, you can't. The newest trends should be mixed with pieces that speak to you personally. We are unveiling the wardrobe for Breaking Bad Jackets, which will be fantastic news for the eagerly awaited viewers of the Breaking Bad TV series. We needed some time to choose the most inspired and high-demanding clothing from the TV show, but finally, we've locked down the most stylish outfits from the Breaking Bad TV show. The styles and designs are fantastic and convey the idea of high-class styling that is enriched with greatness and simplicity but bold and conspicuous.

We're giving you a taste of both style and comfort since sometimes it's more important to maintain your composure and cool than to flaunt your fashion sense. With the top designers and stitchers, Tgl has been providing its devoted consumers with high-quality, materialistic apparel with intricate designs for the past five years. Additionally, they are committed to giving the wearer a genuine article and a natural feel. The Breaking Bad TV Series Jackets Collection is yet another collection of goods and outerwear that will permanently change how everyone perceives fashion.

Despite being a chemistry prodigy, Walter H. White teaches the subject in a high school in Albuquerque, New Mexico. When he receives the devastating news that he has stage III terminal lung cancer and has only a few months to live, his world is completely turned upside down. Walt uses his knowledge of chemistry to produce and market the finest crystal methamphetamine in the world to assure the financial security of his handicapped son and his expecting wife. He collaborates with former student Jesse Pinkman to market his distinctive “blue meth.” They become extremely wealthy very quickly thanks to the meth, but Hank from the DEA becomes interested in them as a result.

Get this beautiful leather jacket from the well-known television series Breaking Bad Season 5 to experience the allure of a truly stylish and creatively designed product. Aaron Paul, who played Jesse Pinkman, wore the fantastic clothing with adoration, giving him a magnificently appealing style and a magnetically alluring look. The distinctively designed Breaking Bad Aaron Paul Leather Jacket is the perfect costume for all the fervent riders who prefer to enjoy the journey in style. Get dressed up in this amazing clothing as soon as possible to live life to the fullest!

Breaking Bad Bryan Cranston's khaki jacket has a collar that is similar to a shirt. For closing, it has a branded zipper on the front. It also has full sleeves with buttoned-style cuffs. You can store items in the two front-side waist zipper pockets. It will give you a stylish, up-to-date appearance.

We have chosen the top ensembles for the Breaking Bad Jacket that are deserving of purchase and will satisfy the needs of any fashionista. We firmly think that everyone should always dress appropriately for the setting. If you're going to a wedding, avoid wearing a tube top, and avoid wearing shorts to the prom. Even if you're tempted to ignore fashion conventions for no apparent reason, learn to appreciate them. Dressing with respect will get you respect in return.

Why is Breaking Bad regarded so highly?

The sequence's long, deceptive build-up to a plot-twisting surprise has the audience on edge the entire time. In reality, “Ozymandias,” the show's antepenultimate episode, is frequently praised by critics and regarded by viewers and critics as the best television program ever produced.

Is Breaking Bad entertaining to watch?

Is Breaking Bad still the best TV program of all time?

The only television episode in history to receive a perfect score on the website is “Breaking Bad.” Breaking Bad, regarded by many as the best television program of all time, raised the bar for dramatic entertainment during its five-season run.

What is Breaking Bad's wackiest episode?

Most people agree that “Ozymandias” is the greatest episode in the entire series. This episode, which Rian Johnson directed, was the epitome of “all hell breaking loose.” The culmination of Walt's actions up to that point led to the savage murder of his brother-in-law Han.

Stranger Things vs Breaking Bad: which is more popular?

Which ranking is appropriate in light of consumer neuroscience? Our measurements indicate that Stranger Things is more popular than Breaking Bad, despite what the data on IMDb implies.

Brutality & Gore (34) Throughout, several people are killed, but most are only shot and left partially bloodied. There are several gruesome, chaotic criminal scenes. The entire episode is filled with violence, including shootings and bloody wounds.

The MPAA has given it a rating of R for profanity, gory visuals, and violence/horror. Violence: – Continual non-graphic violence. – Concise, graphic depictions of violence.

Does Breaking Bad have a real-life basis?

Is Walter White from Breaking Bad based on a real person? Contrary to widespread misconception, Breaking Bad did not draw any influence from actual drug dealer accounts. Rather, after working on The X, author Vince Gillian initially had the notion.

Is Breaking Bad a downer?

This query first surfaced on Quora. You're not mistaken; it is a violent and gloomy program. That was actually a deliberate decision for the tale, as it would appear phony and “TV-ish” if everything went Walt's way or well.

Is Saul a villain in Breaking Bad?

Although Saul Goodman (Bob Odenkirk) was once a kind person, he isn't in the Breaking Bad television series. He is a con artist who enjoys the thrill of living the life of a con artist. He is a self-centered, egotistical individual who only cares about Saul Goodman.