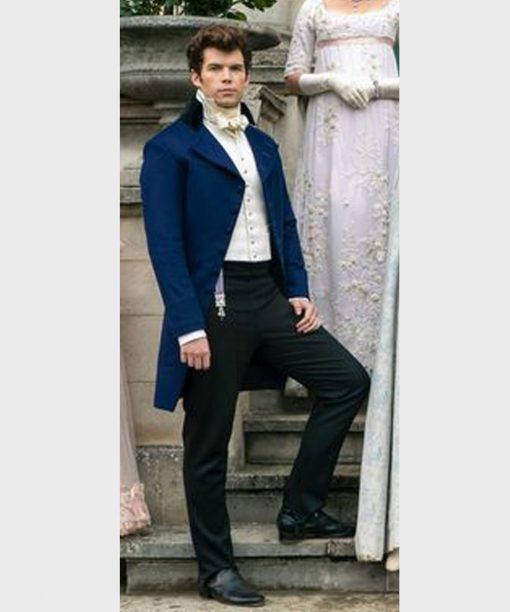 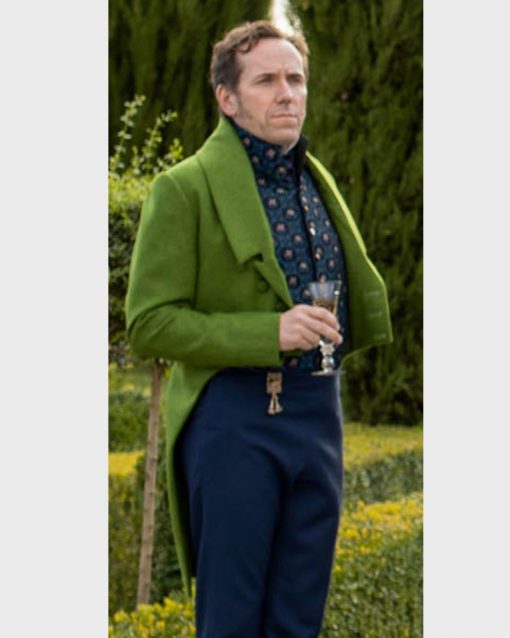 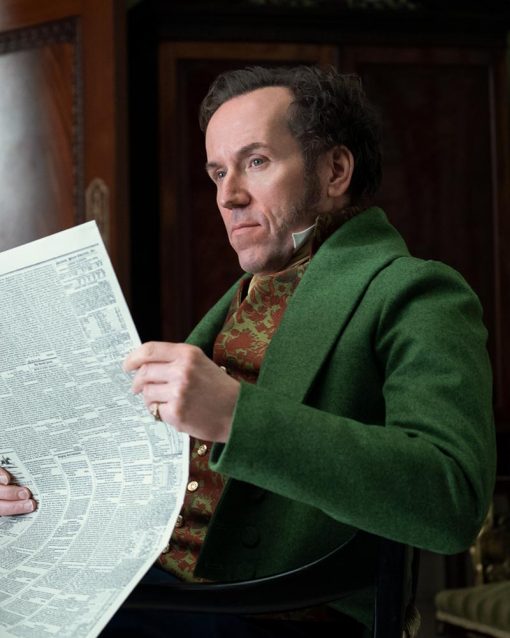 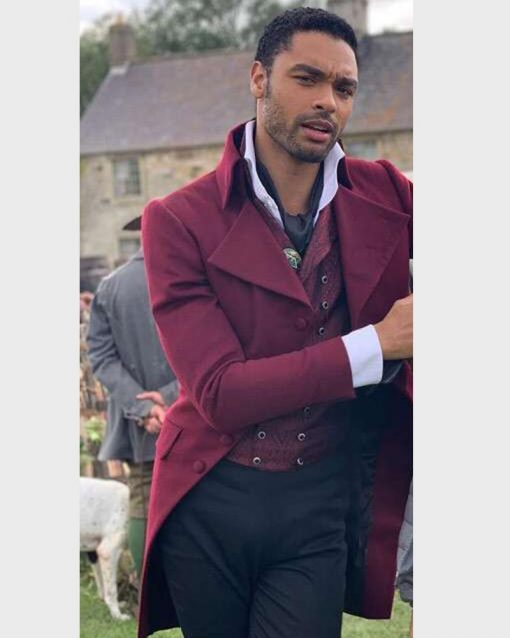 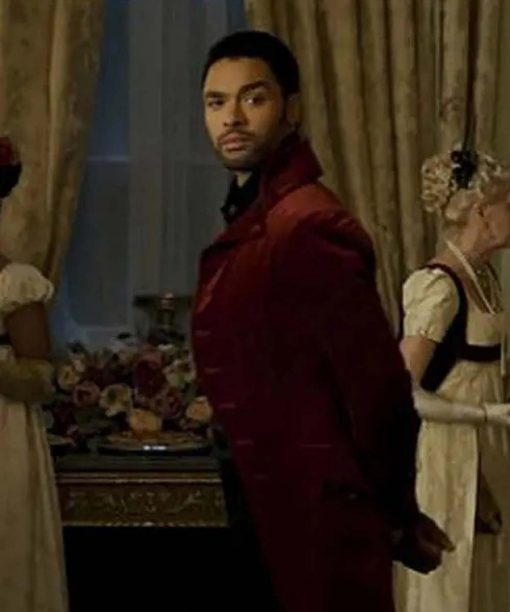 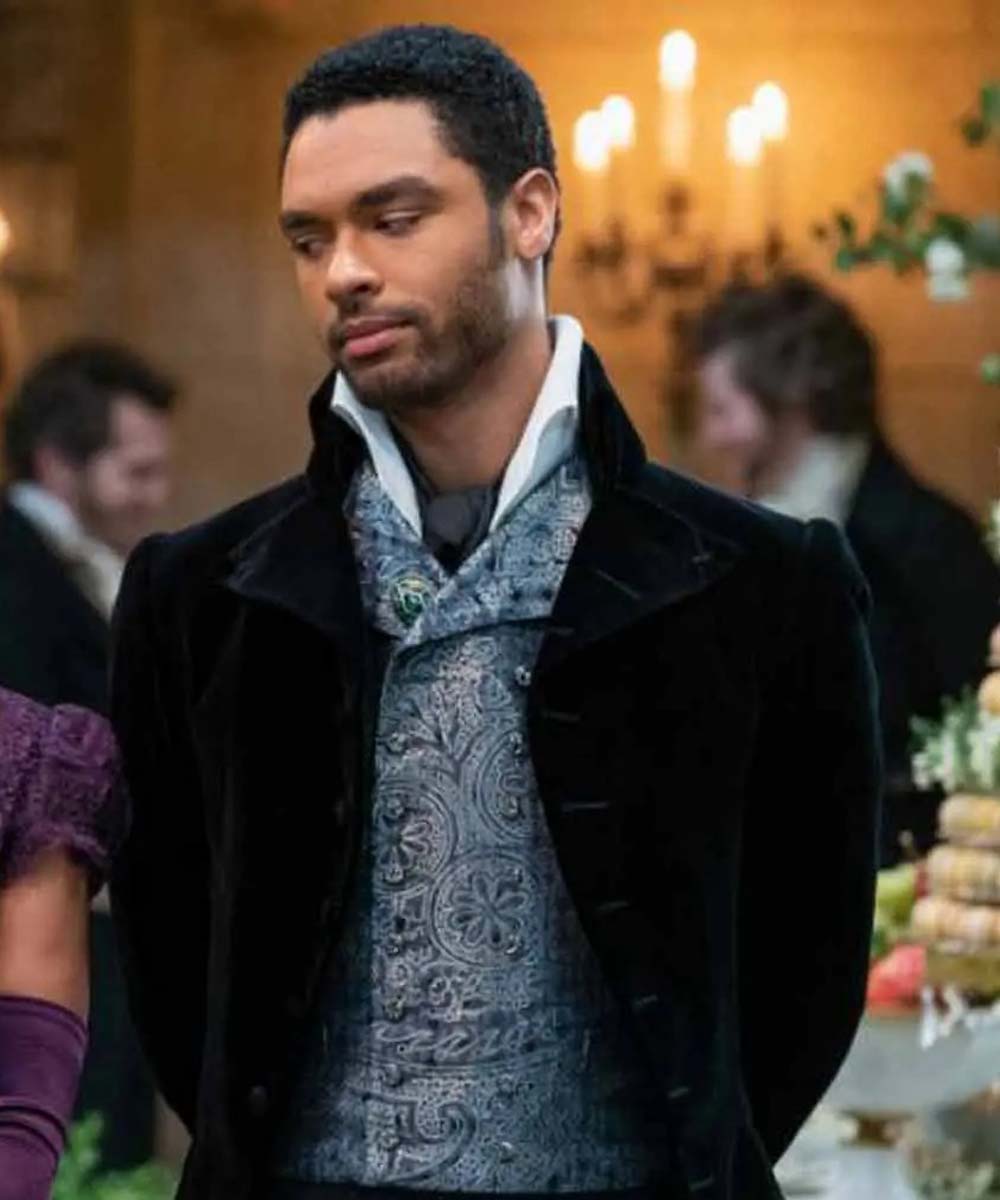 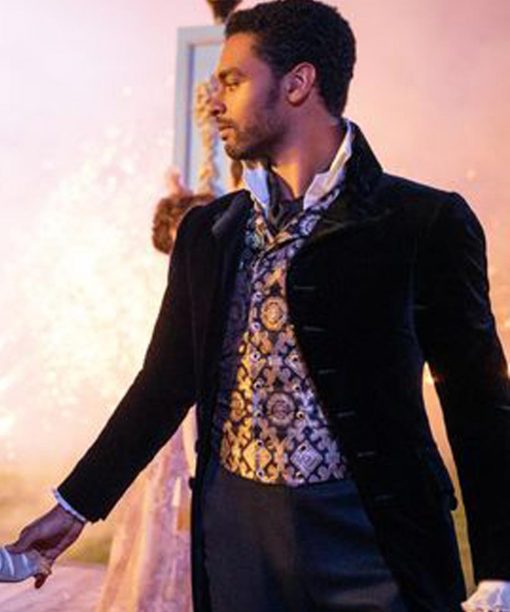 The genuine leather has a great selection of  BRIDGERTON OUTFITS. It has eye-catching clothing that will make you fall in love with it. Look for the appropriate item for yourself and wear it to show off your stunning appearance. Every costume was designed with high-end materials. This  BRIDGERTON OUTFITS Jackets line features a variety of fashionable outerwear with voguish characteristics.

Bridgerton is an American period drama series written by Chris Van Dusen and produced by Shonda Rhimes for streaming television. It is based on Julia Quinn's novels, which are set in the competitive world of Regency-era London's tonne during the season of debutantes. It's Rhimes' first Netflix scripted series. Bridgerton's first season premiered on Netflix on December 25, 2020, to mostly excellent reviews. With an audience of 82 million households, it became Netflix's most-watched series at the time of its premiere, and it remains the platform's second most-watched series by total watch time.  The second season premiered on March 25, 2022, and it quickly rose to the top of the charts in 92 countries, racking up 193 million hours of viewing time in its first three days, the most of any English-language Netflix series. The following week, it received 251.7 million hours of viewing time, beating the streamers' record for the most-watched English-language TV series.

The first season of Bridgerton, from Shondaland and creator Chris Van Dusen, follows Daphne Bridgerton (Pheobe Dynevor), the eldest daughter of the prominent Bridgerton family, as she enters the competitive marriage market in Regency London. Daphne's chances appear to be unequaled at first, as she hopes to follow in her parents' footsteps and find a real love match.

He wears some classy stuff in this drama serial. Simon Basset Beige Tailcoat is a replica of Simon's coat from the Bridgerton TV series. Simon Basset plays the Duke of Hastings in the series. During the season, Simon travels to London to check on his father's affairs. Simon joins the season on Lady Danbury's advice. Simon encounters Daphne Bridgerton later in the season. He then intends to appear to be engaged to Daphne for the benefit of both of them. Anthony grows closer to Daphne as he repeats the act with her. He subsequently decides to cease the act and leave London, following Lady Danbury's counsel. He reconciles with Daphne, though, and resolves to marry her. Simon was performed by Rege-Jean Page.

Jonathan Stuart Bailey is an actor from the United Kingdom. He has received a Laurence Olivier Award as well as nominations for the Evening Standard Theatre and Television Actor Guild Awards for his roles on stage and screen.

If you want to look like a prince, the Bridgerton Anthony Bridgerton Velvet Black Tailcoat is the way to go. The traditional coat is made of high-quality velvet and is lined with soft viscose fabric to keep you warm and comfortable. Because of the basic black color, you may wear it with any outfit. The Bridgerton Jonathan Bailey velvet tailcoat is tailored with elements such as a lapel style collar, buttoned closure, and tail style that will offer you a princely appearance.

Why is Bridgerton so popular?

Part of the appeal of Regency-period television and streaming is that it's an era in which people have a lot of assumptions about what romance was like back then—not all of them historically accurate. Mr. Darcy, writing letters. for better or worse, the idea of old-fashioned romance is still alive and well.

Is the history of Bridgerton correct?

“Bridgerton,” despite its Regency-era setting, is far from historically accurate. While many period dramas had cultural experts on-site to verify historical accuracy throughout production, “Bridgerton” took a different tack, aiming for a varied depiction of London's high society.

Is Season 2 of Bridgerton available yet?

You've finished reading all of the Bridgerton books, and now it's time to watch the stories come to life on the small screen. We now have the following information: Season two of Bridgerton will release on Netflix on March 25, 2022. “Get ready for another season of socializing.

Is there going to be the third season of Bridgerton?

Yes! Following season 1's record-breaking ratings, our favorite Regency drama was renewed for seasons 3 and 4 in April 2021. “Esteemed members of the Ton, it appears we have a really unique announcement,” Lady Whistledown said in a letter to Netflix, explaining the news.

Where does Bridgerton take place?

Greenwich, a neighborhood in southeast London, was where the filming took place. The actors and crew moved into Ranger's House, a Georgian villa on the outskirts of Greenwich Park that now houses The Wernher Collection, a collection of over 700 works of art.

Why is Bridgerton's cast so diverse?

Netflix's diversity leader on Bridgerton's casting: 'Something you've never seen before.' Netflix's head of diversity and inclusion claimed the color-conscious casting in Bridgerton was due to the company's backing of diverse showrunners and encouragement of decision-making using an “inclusion lens.”

Is it possible for you to go to Bridgerton House?

While the Duke and Duchess of Beaufort's family home are mostly private, Bridgerton aficionados can request a private group tour of the house and gardens.