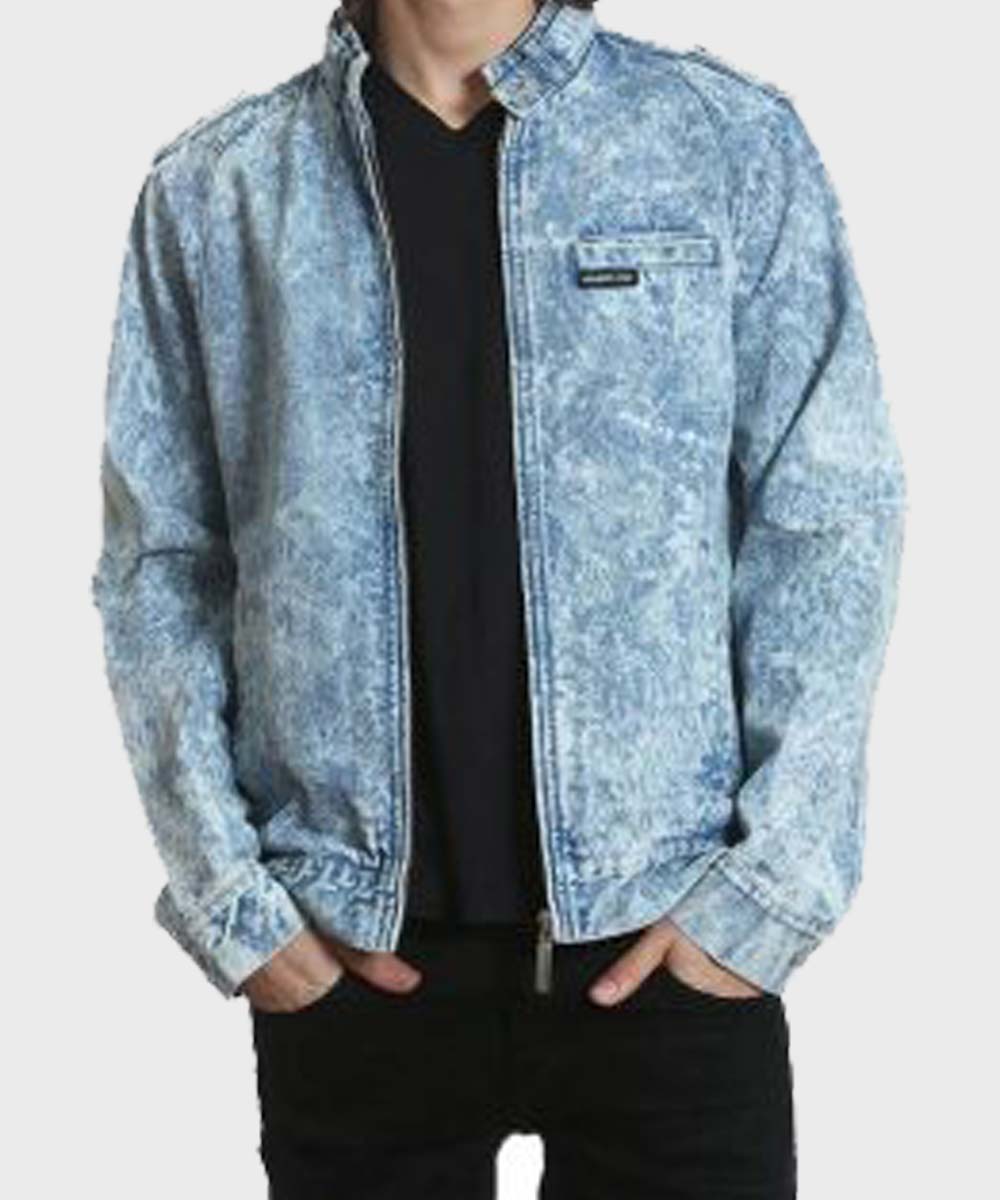 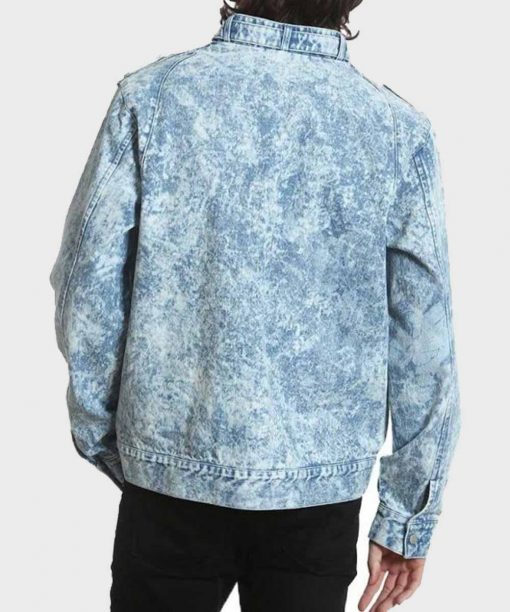 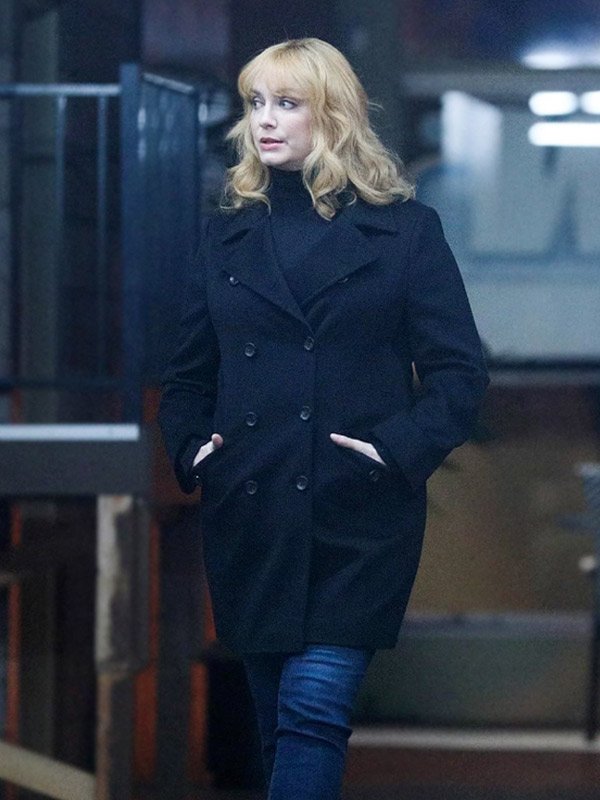 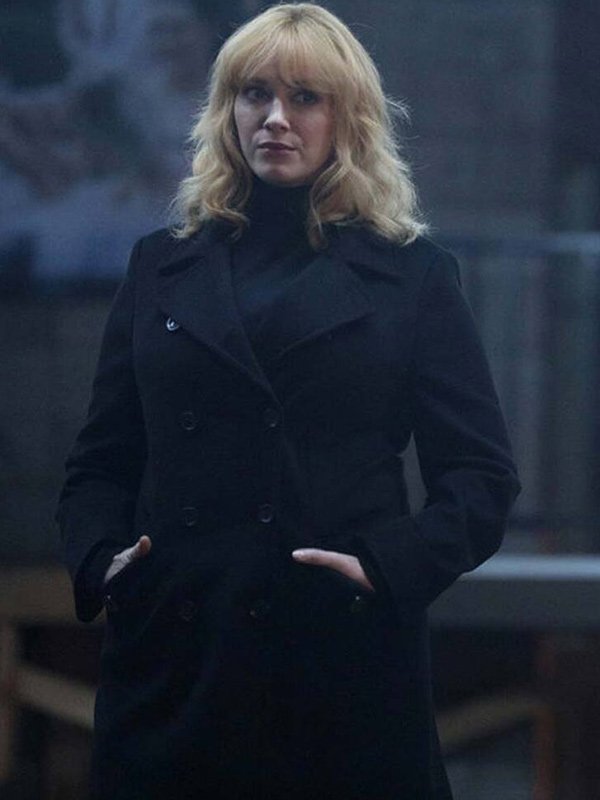 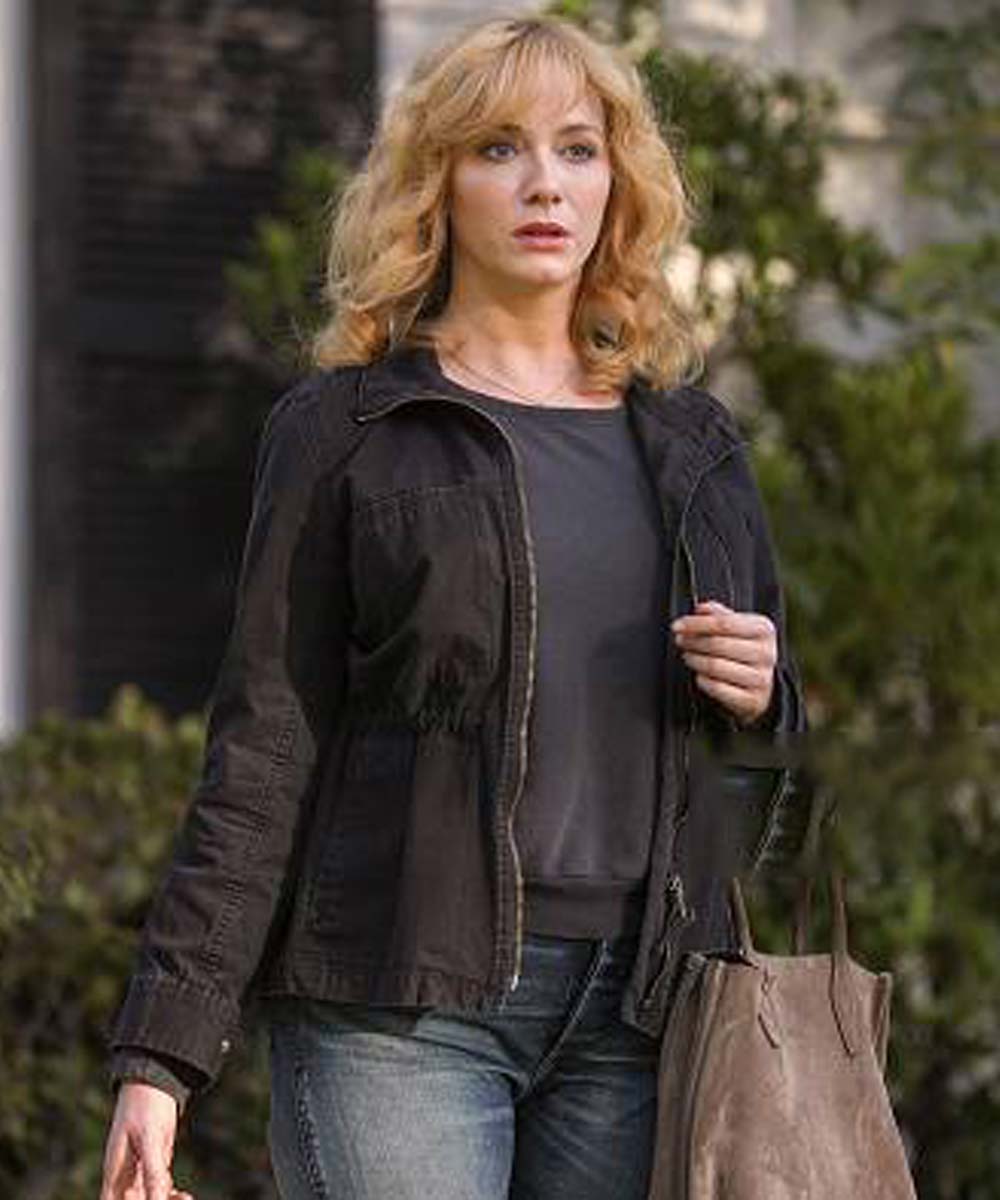 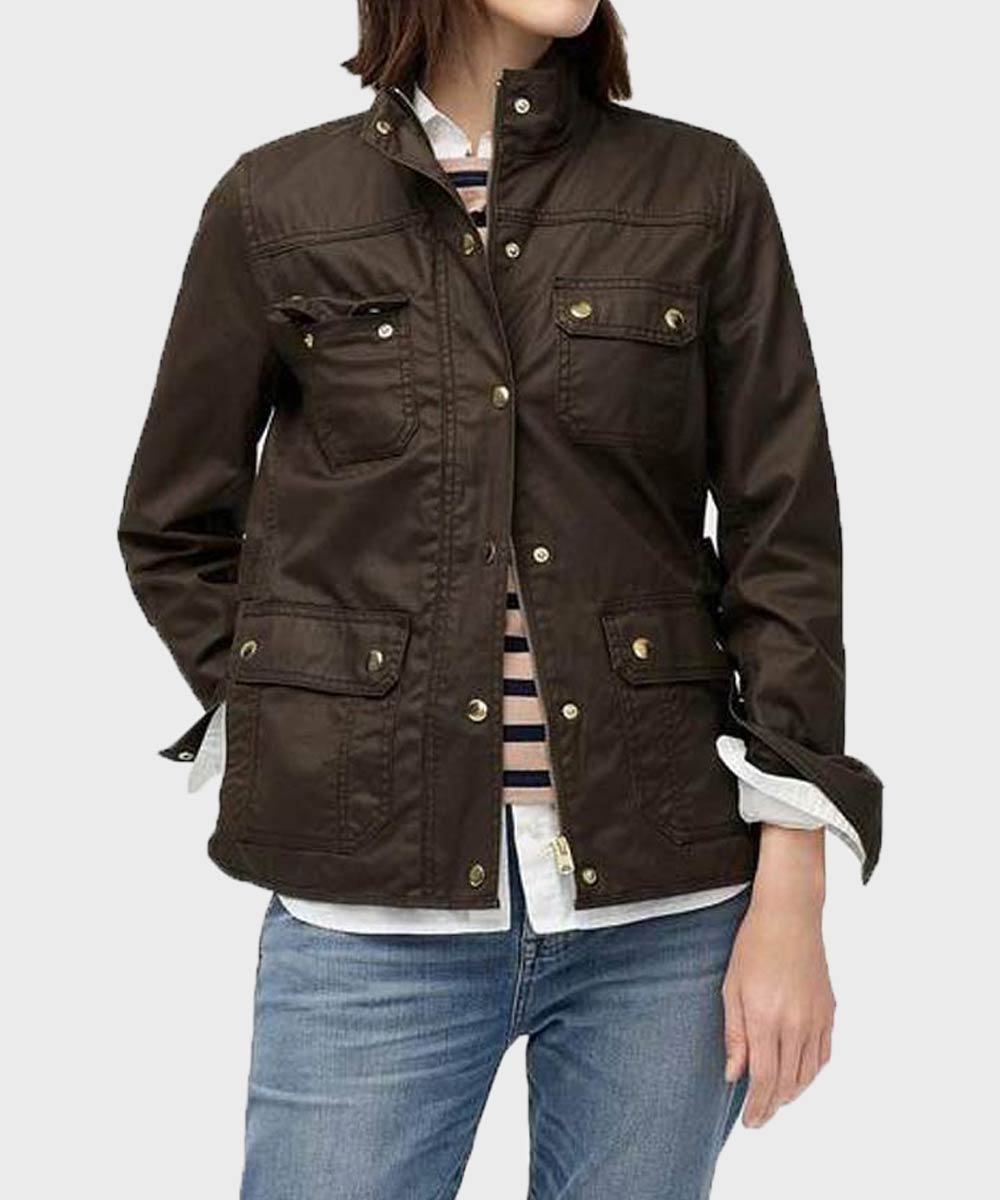 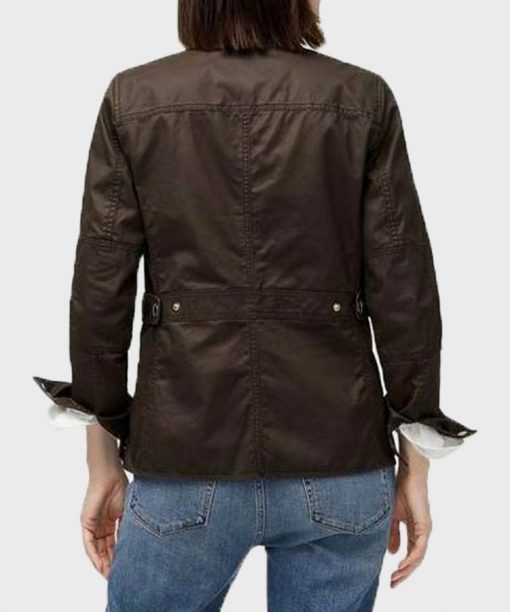 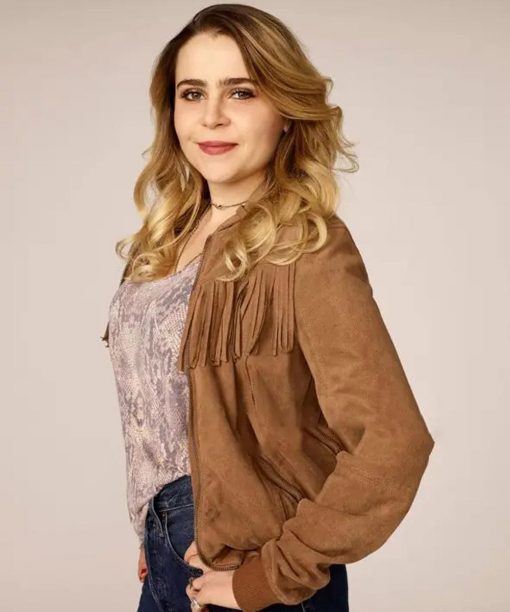 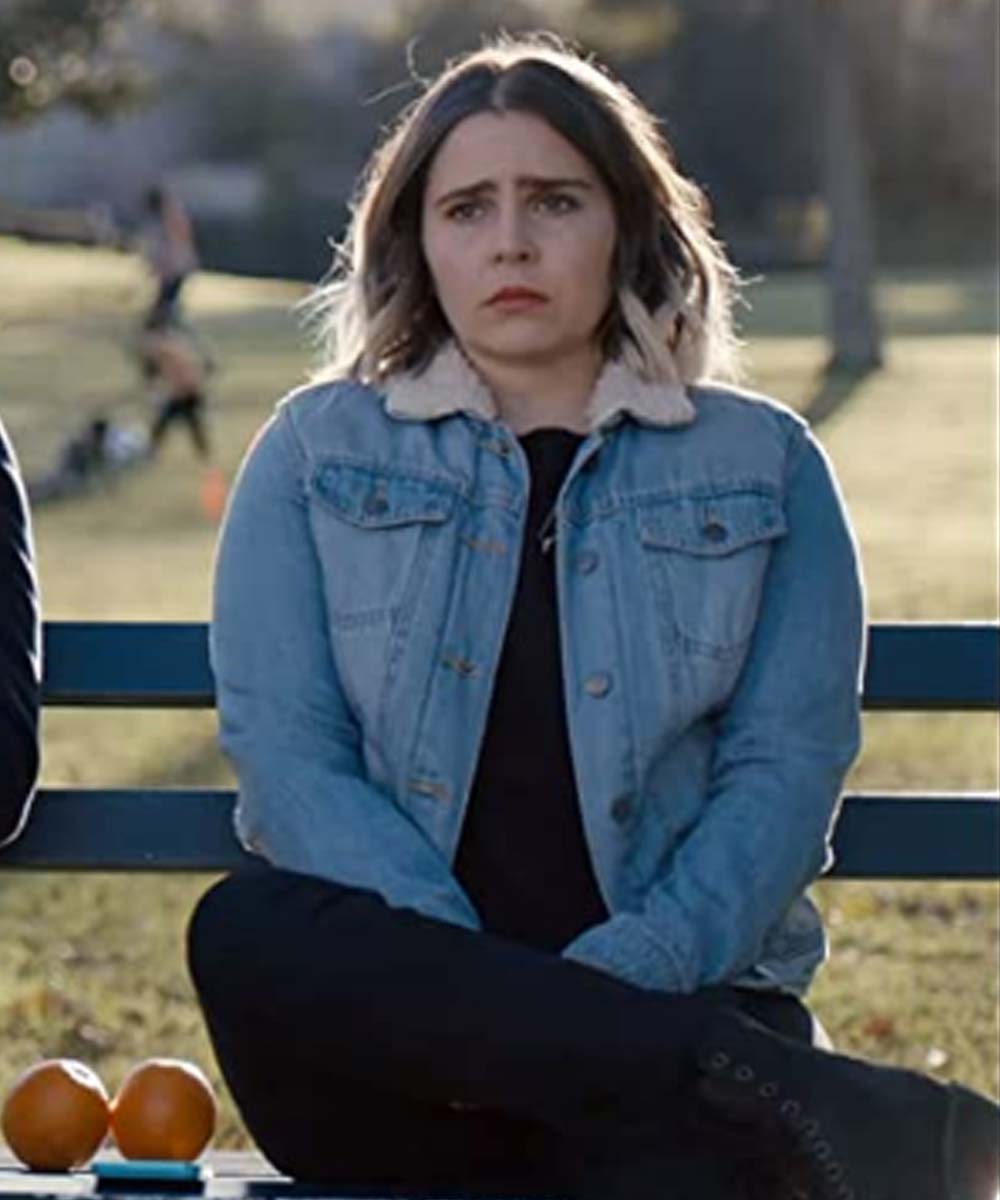 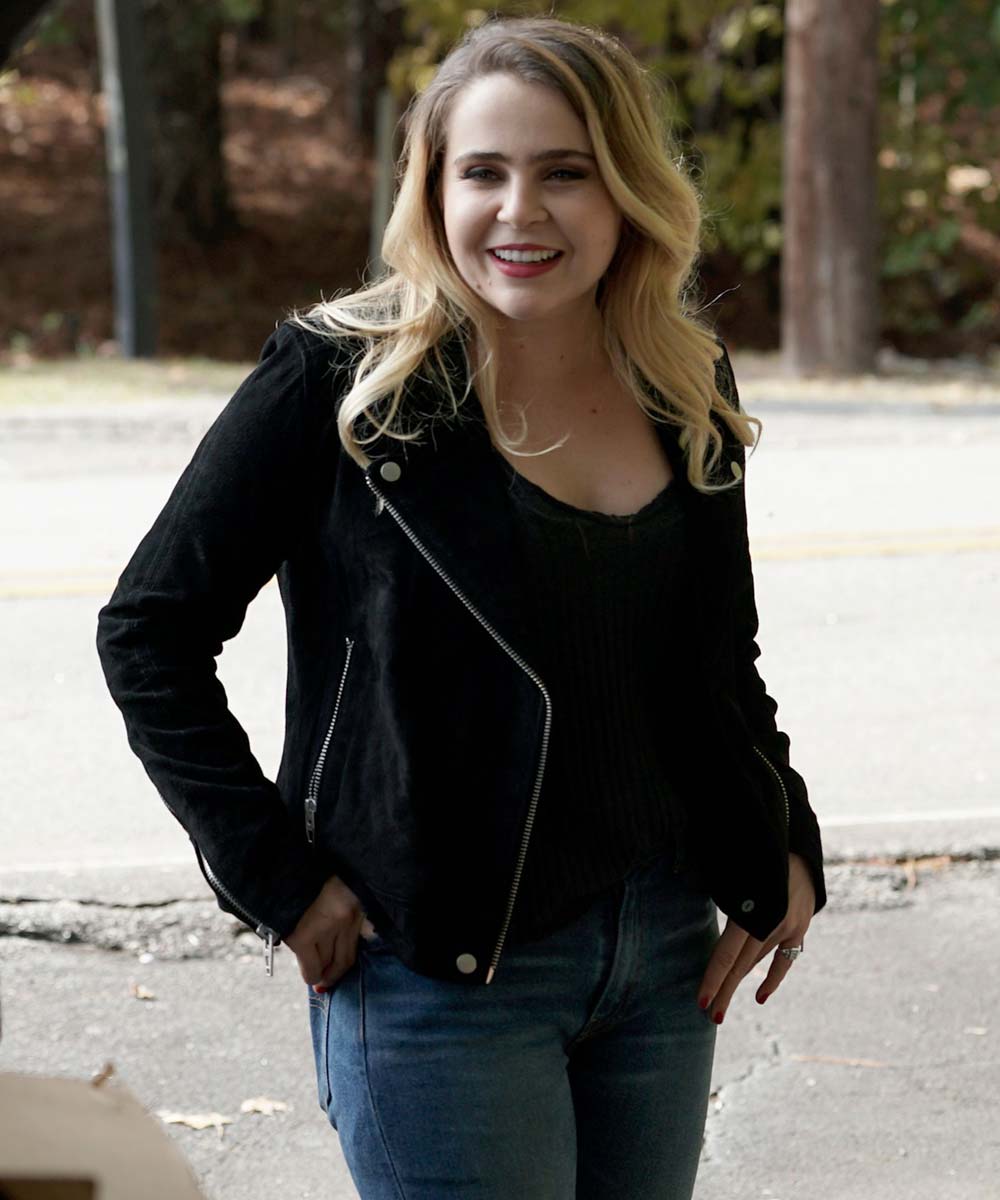 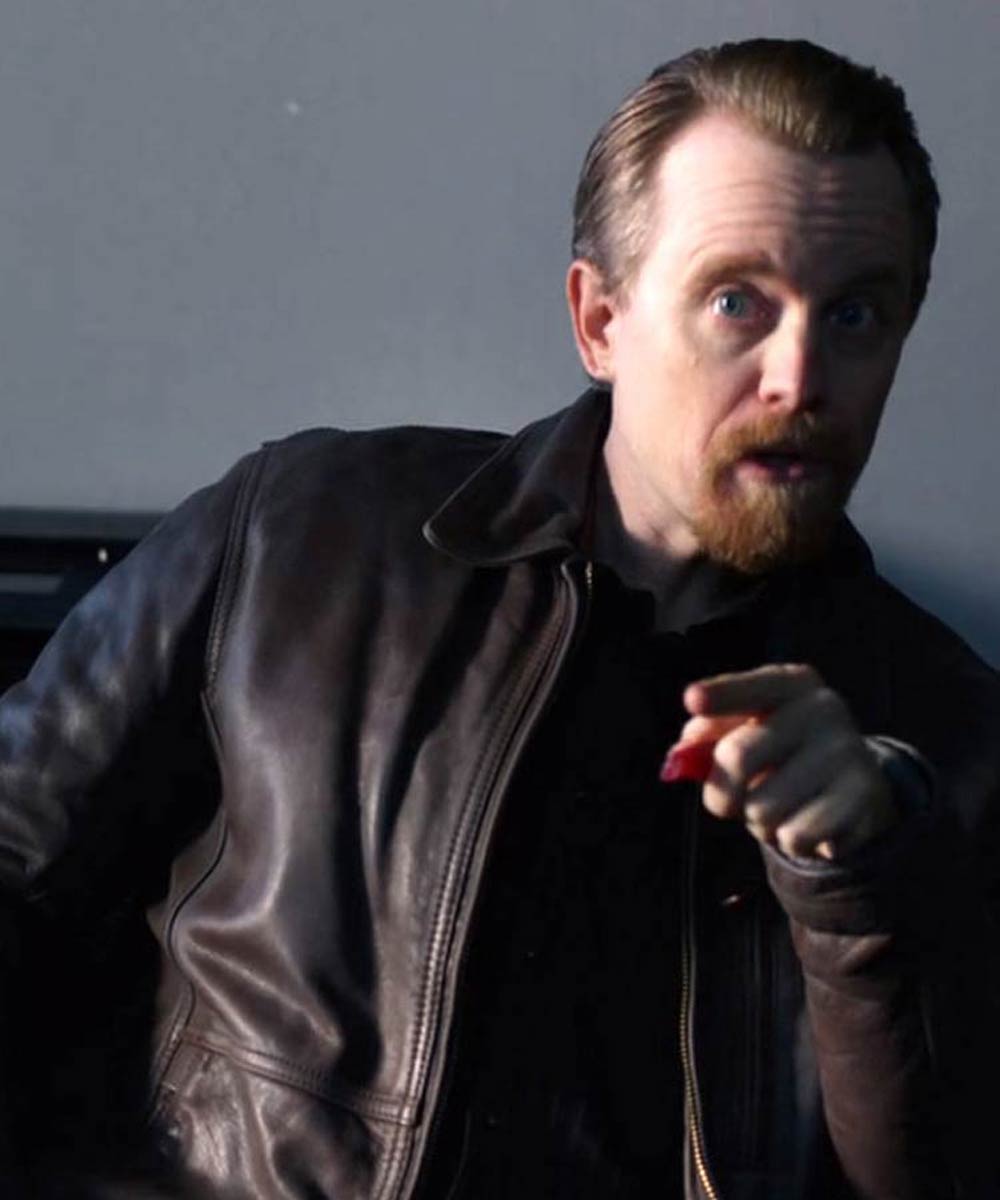 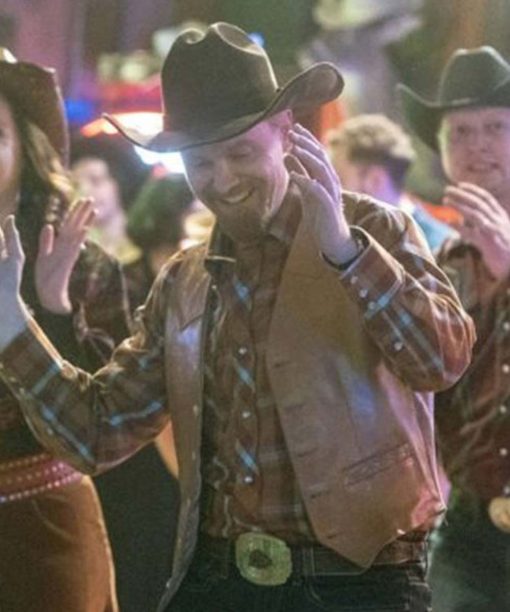 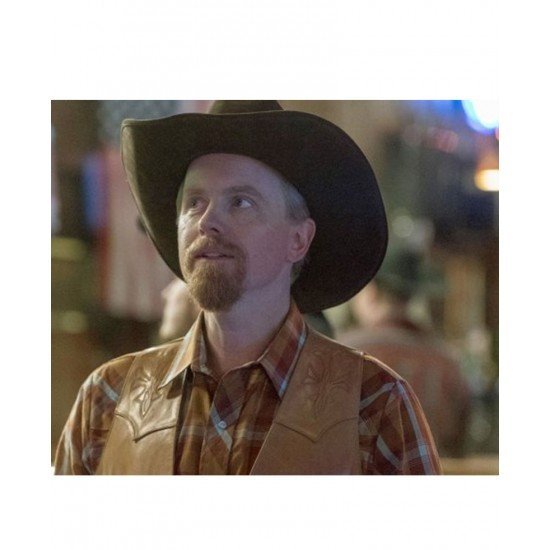 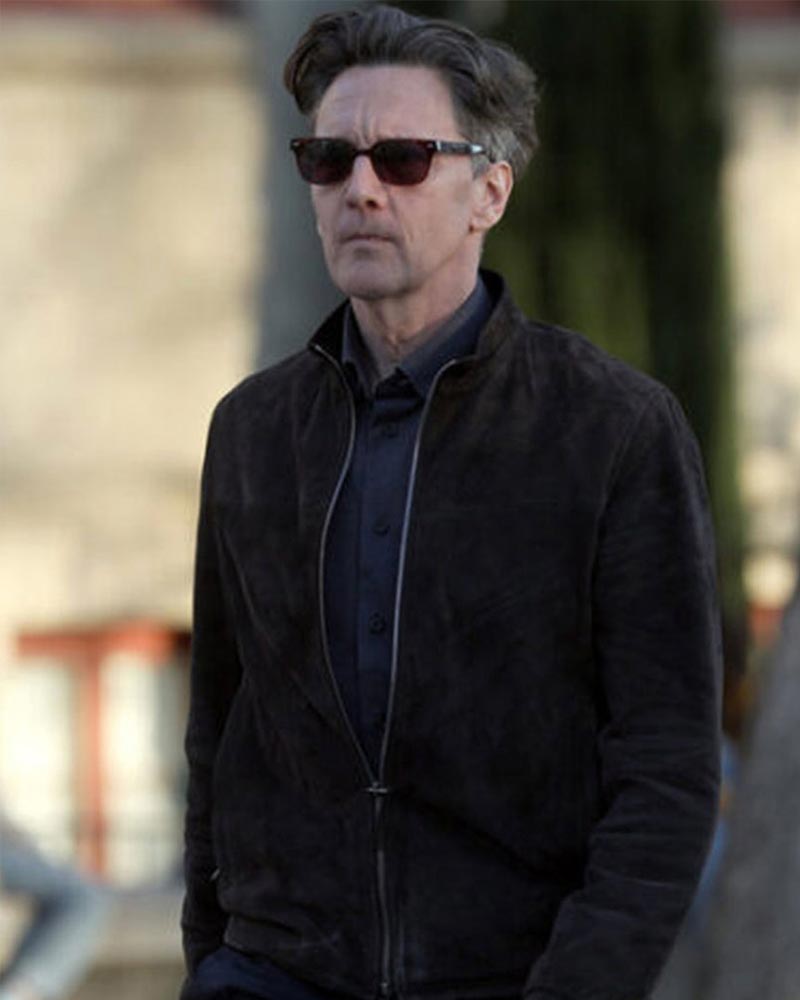 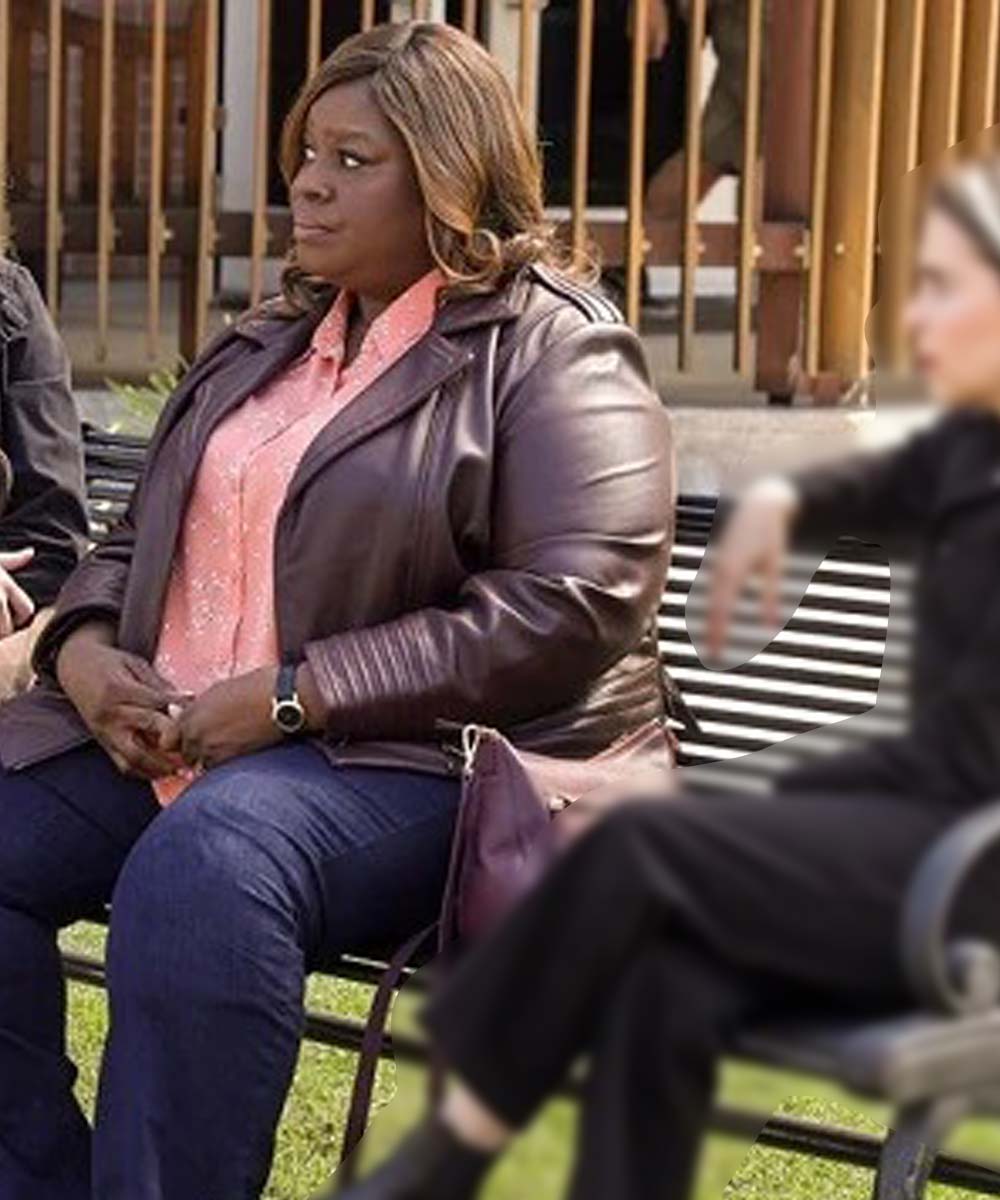 Good Girls is a series produced in the United States by Jenna Bans. On February 26, 2018, the N.B.C. Network premiered this series. The series' producers are Minnesota Logging Company and Universal Television. There is no doubt that fans enjoy the Good Girls Cast Outfits. Christina Hendricks, Retta, Mae Whitman, Reno Wilson, Manny Montana, Lidya Jewett, Isaiah Stannard, and Matthew Lillard make up the star cast of this show.You may choose from an amazing selection of outerwear from The Genuine Leather that will not only improve your appearance but also keep you warm in the coldest weather. The nicest thing that could ever happen to your stunning wardrobe is Good Girls Cast Outfits. It exudes all the energy you require to rule the world with your glamorous character. So why are you still waiting? Grab these right away to flaunt your appearance to the world.

The show centers on three suburban Michigan mothers, including two sisters, who struggle to make ends meet. They plan to rob a store since they are sick of having everything taken from them, but they quickly learn that they are in for more than they bargained for. After recognizing one of the women, the store manager notices their successful robbery, but for a different motive than only the money.

Christina Hendricks as Elizabeth “Beth” Boland, a mother of four and housewife whose car salesman husband of 20 years cheated on her. She is the unofficial leader of the group and grows to enjoy life as a criminal.

Retta is Ruby Hill, Beth's best friend, a waitress who is struggling to pay for her daughter Sara's kidney disease and medical treatments.

Mae Whitman as Annie Marks, Beth's younger sister and mother of Ben. Ben was born when Annie was still a teenager. Annie works at Fine & Frugal for the majority of the series

You can interact with the fashion world by using these tasteful, sophisticated things. These are truly uplifting masterpieces. Every jacket in our inventory is real, unique, and authentic! You have the option of becoming a fashion icon by choosing from our collection of leather jackets. With our designs and quality, you'll always get more than you expected, therefore we'll let you have as high of expectations as you like! From the most subtle to the most spectacular, leather jackets come in a range of designs. Now, in the most practical manner imaginable, you can travel with a renowned appearance.

if you don't only like black. This Good girl Beth Boland Good Girls Black Jacket is for you if you enjoy adding top layers to your outfits. This lavish outfit was influenced by Good Girls. In addition, there is an American crime drama television program about three girls who tried to rob a store to survive. The movie's Beth Boland, played by Christina Hendrick, wore the jacket that is mentioned.

We are pleased to present the eagerly anticipated Christina Hendricks Good Girls Beth Boland Black Trench Coat, which is offered in both cotton and a wool blend fabric. Soft viscose lining that is sewn into the interior will keep you warm and cosy. It has an open front with buttons and a notch lapel collar for a sophisticated look. This timeless black coat is suitable for the winter season and simple to wear on a regular basis because of its ideal length and full sleeves accommodated with open hem cuffs.

The advantages of the Good Girls Cast Outfits Collection are innumerable. And what's the best part? It was inexpensive! In this outfit collection, we're sure you'll find what you're looking for. And once you have it, you'll undoubtedly return to this store to shop. A person who wears a jacket does so always! Use these leather jackets for women to show off their attitude, self-assurance, uniqueness, and worth rather than just covering themselves in leather. Bring about a revolution in your clothes to surprise yourself. These clothes are also really attractive.

Good Girls was canceled for what reason?

According to TVLine, Retta and her co-stars Christina Hendricks and Mae Whitman reportedly agreed to take pay cutbacks for the show's shortened fifth and final season. But the network was unable to make it work due to rumors of a tense working relationship between Hendricks and Montana, an NBC insider informed the outlet.

The fifth season of Good Girls is there?

Retta is disclosing the reasons behind the cancellation of Good Girls, claiming that “one person ruined it for the entire cast and crew.” The comedian, 52, gave his explanation for why the NBC comedy won't be renewed for a fifth season during a recent episode of Live With Kelly and Ryan.

Why has Netflix pulled Good Girls?

Netflix decided not to pick up “Good Girls.”

The Hollywood Reporter claims that Universal Television and NBC had planned to continue with the girls for one more season to wrap up their story, but they were unable to reach a financial arrangement.

What happened to Ruby in Good Girls?

In a flashback, we learn that Beth, Dean, Ruby, Stan, and Annie had in fact relocated to Nevada.

What did Rio and Beth do?

Rio and Beth finally got together in Season 2 after exchanging violent threats and passionate chats. However, their “romance” was brief, and they soon resumed their acrimonious arguments. To rescue herself and her two pals from the gang member's grip in Season 3, Beth hired a hitman to assassinate the person.

After Good Girls, what else should I watch?

You should watch Sex/Life on Netflix if you enjoy the NSFW component of Good Girls. It centers on a suburban mother who is getting bored with her spouse and their humdrum routine. When Billie begins daydreaming about her previous fling, things become much more difficult.

In “Good Girl,” does Beth get pregnant?

She learns she is pregnant from the doctor. She undergoes an ultrasound in addition to blood work. Viewers can clearly see that there is no embryo in Beth's uterus as the doctor did the ultrasound, and Rio also believes this to be the case. The doctor laughs and adds, “You go through eight years of medical school and have a look.