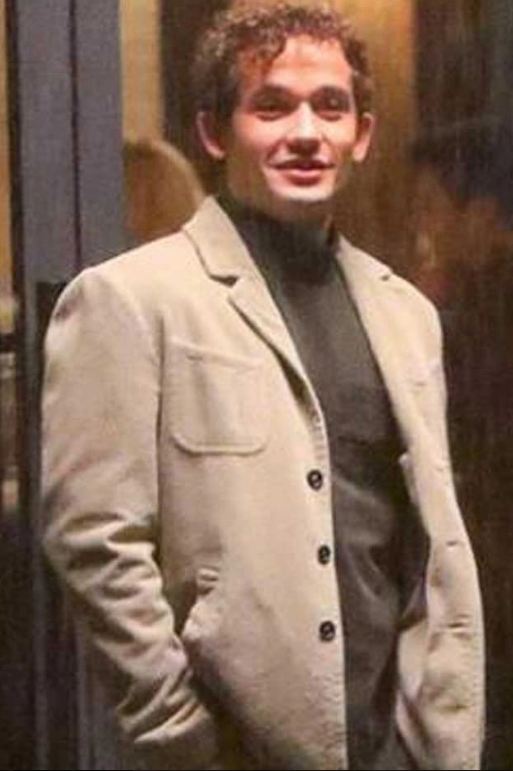 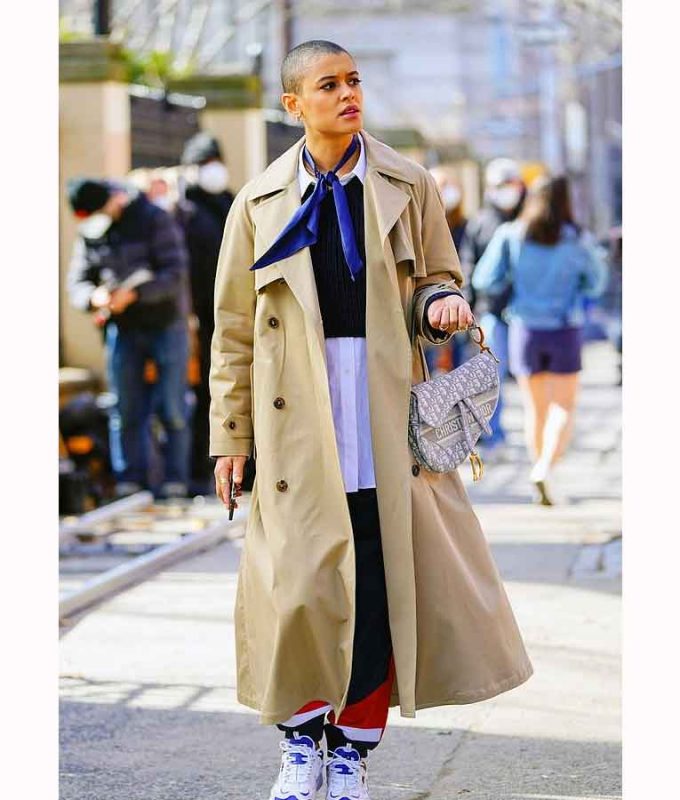 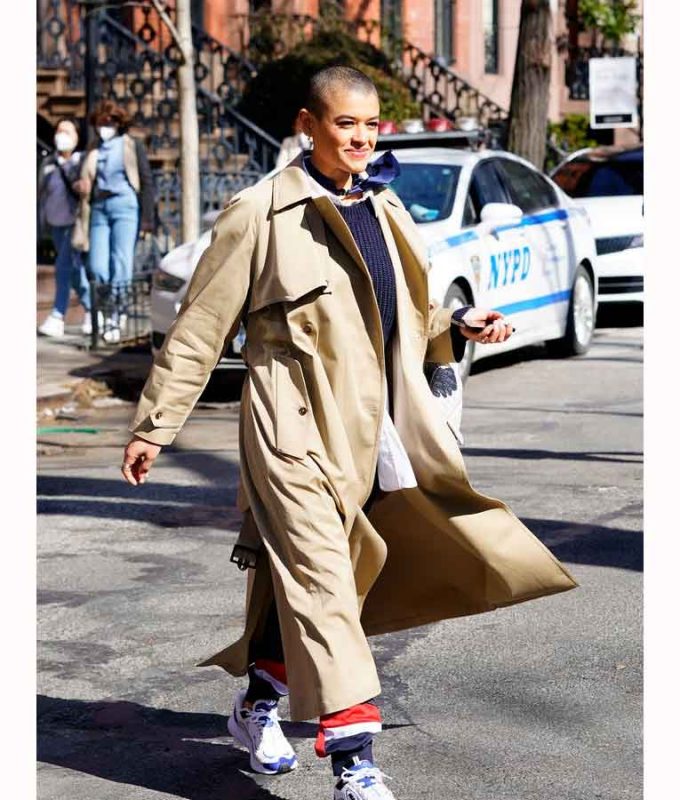 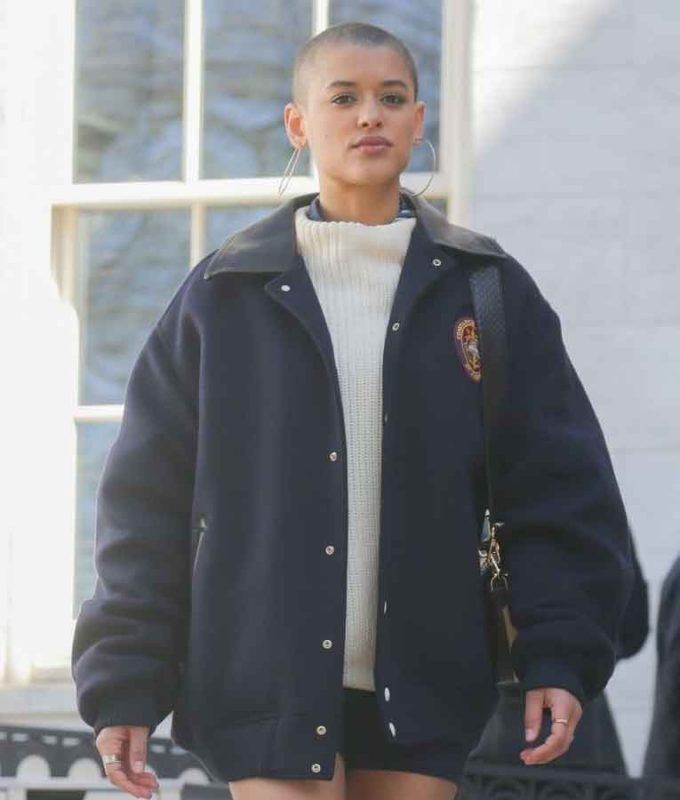 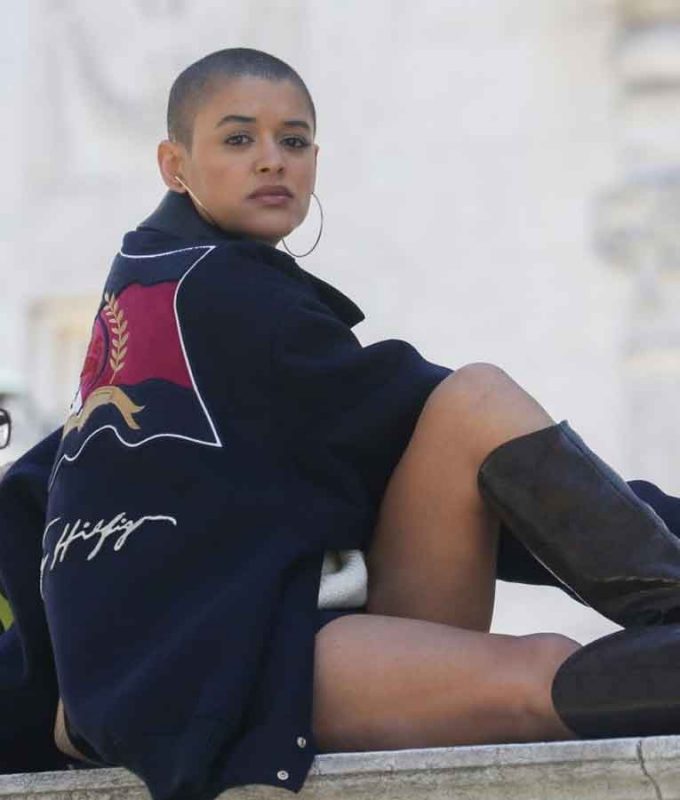 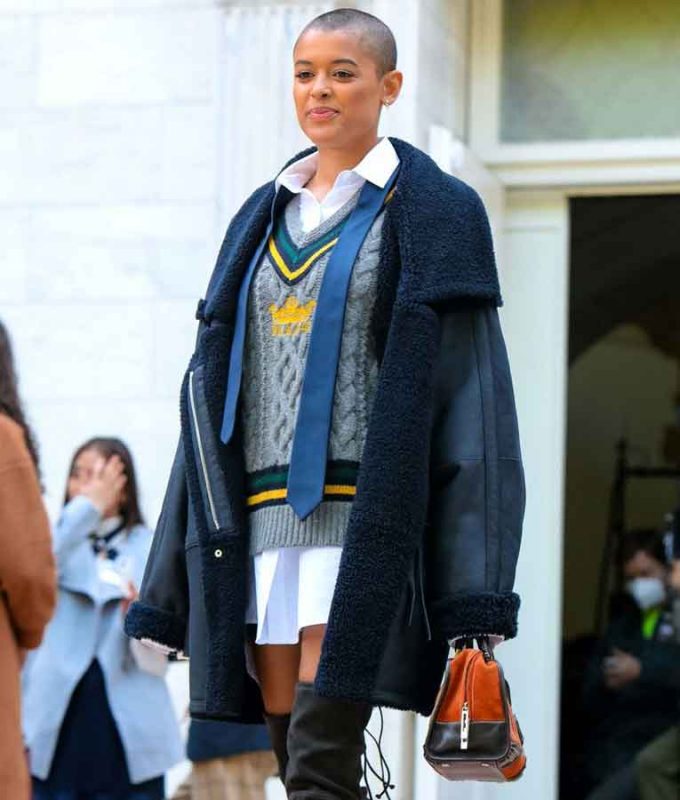 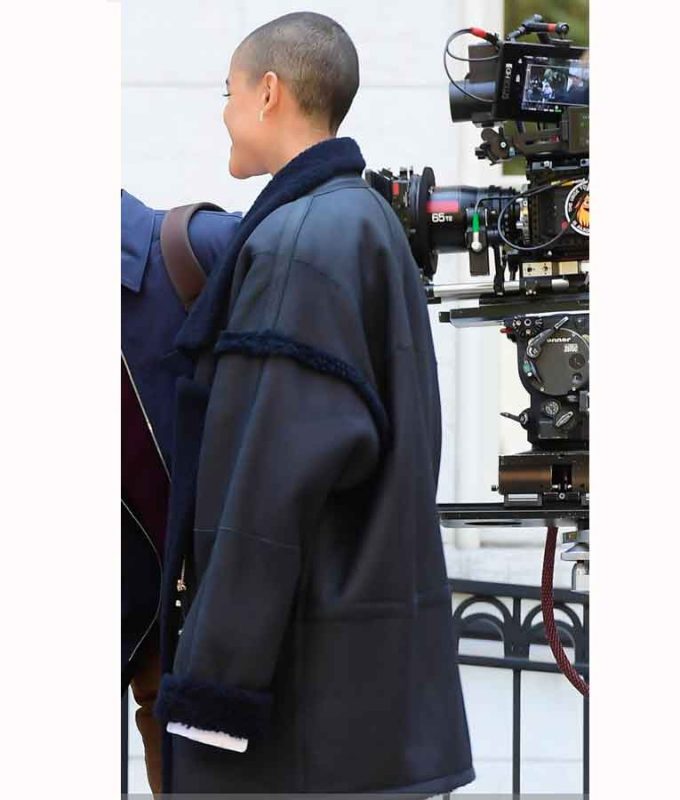 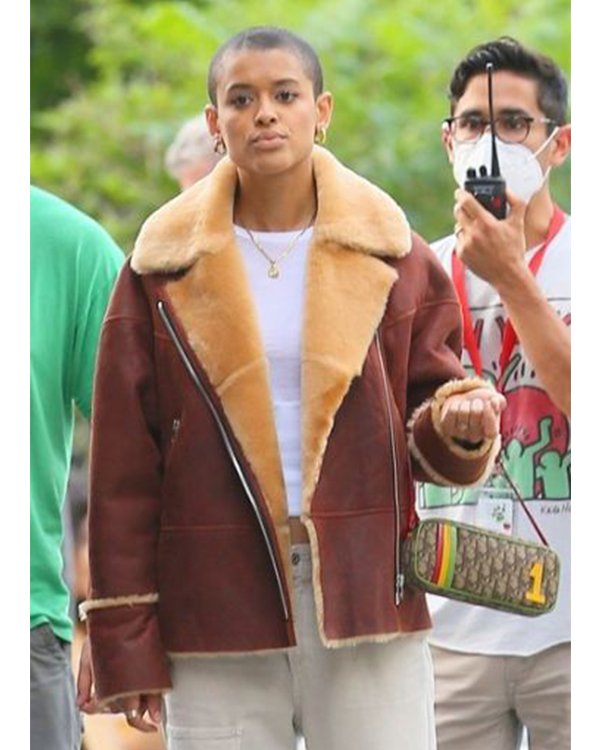 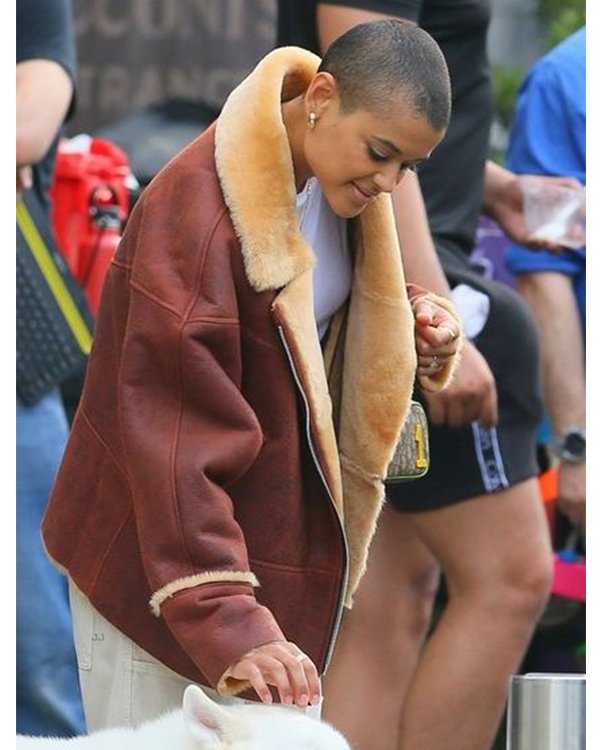 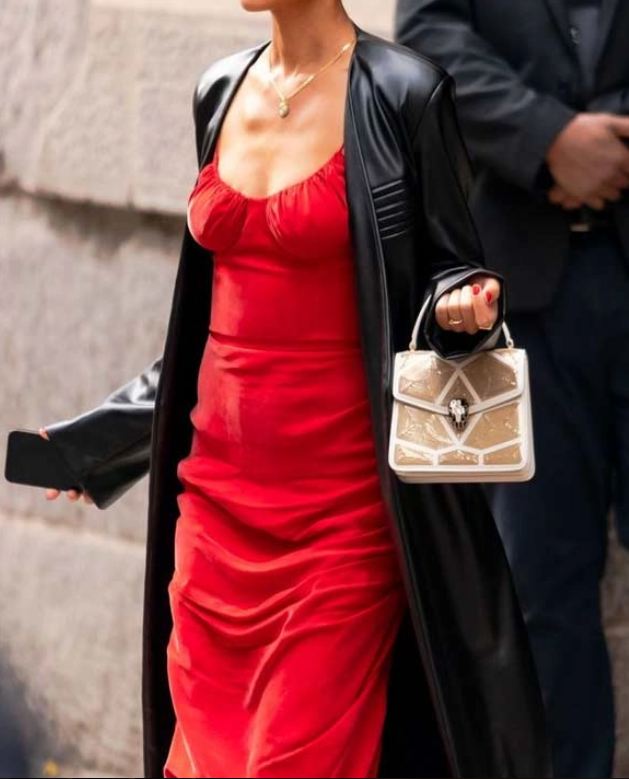 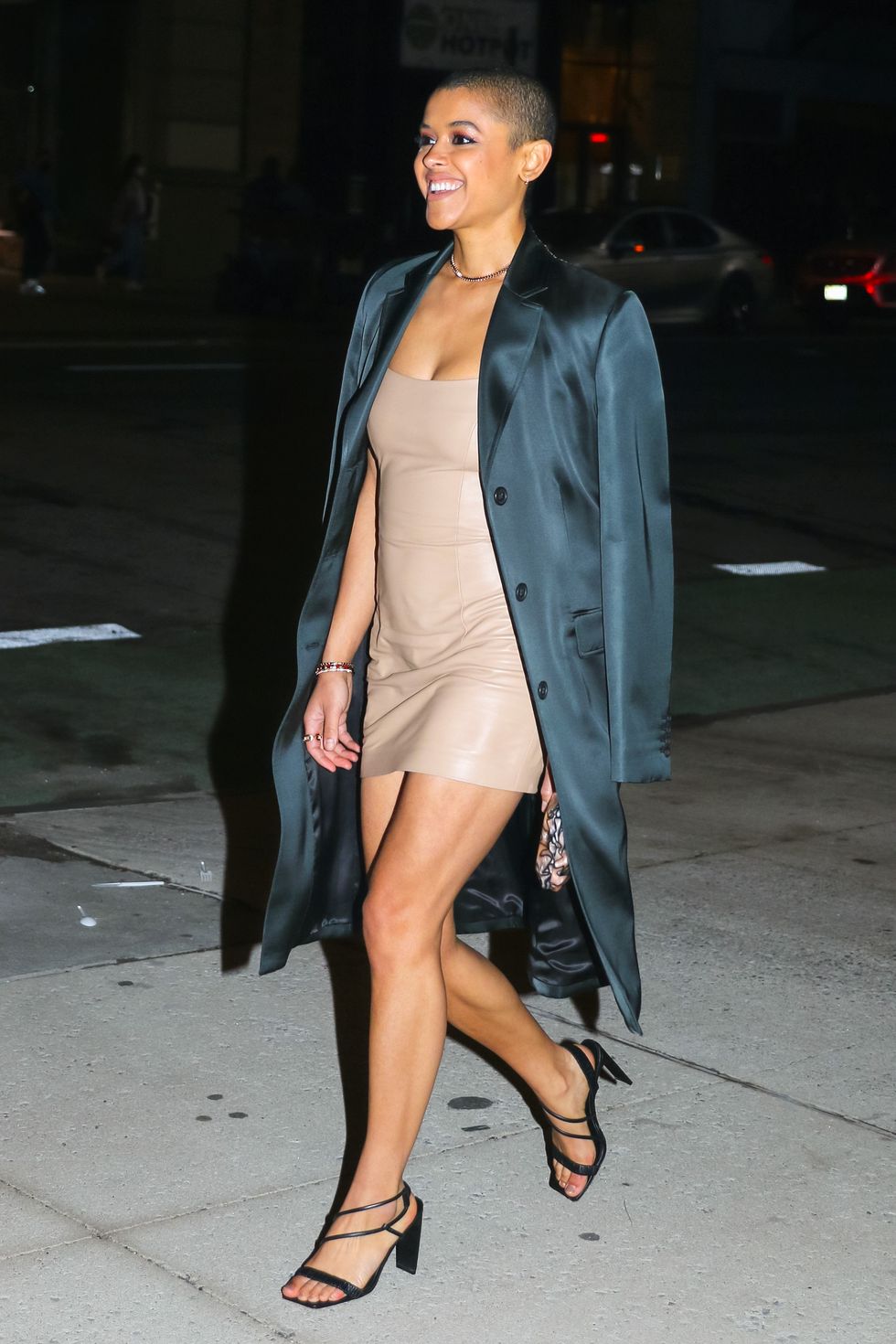 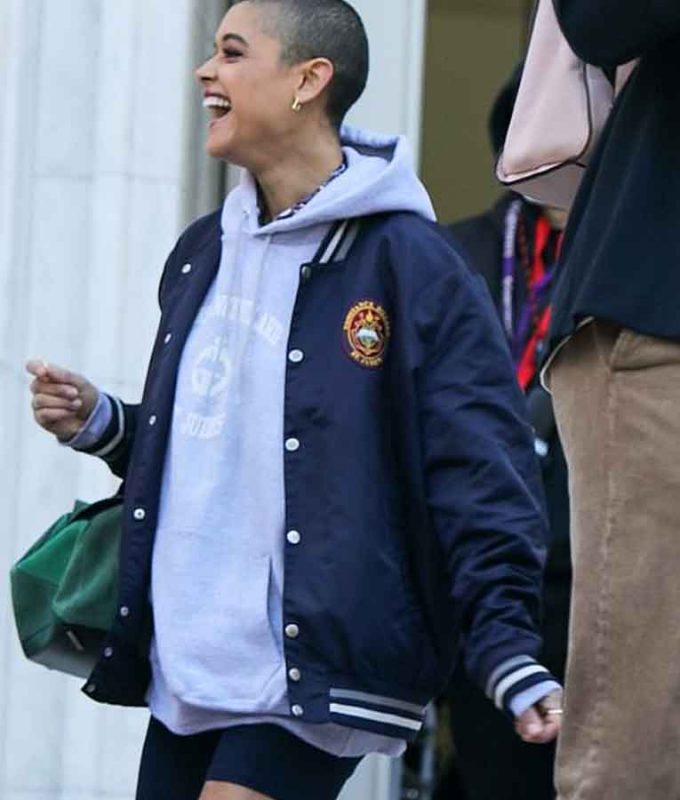 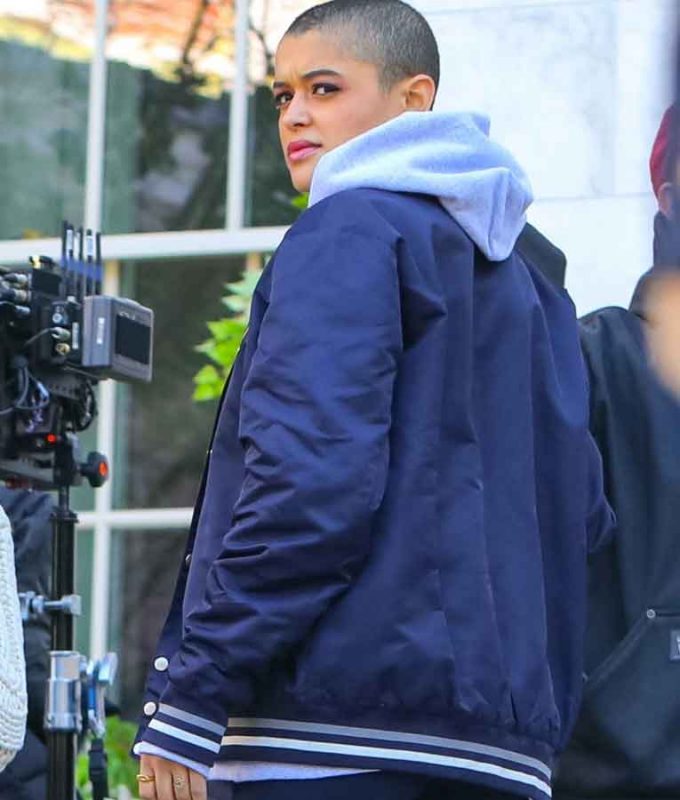 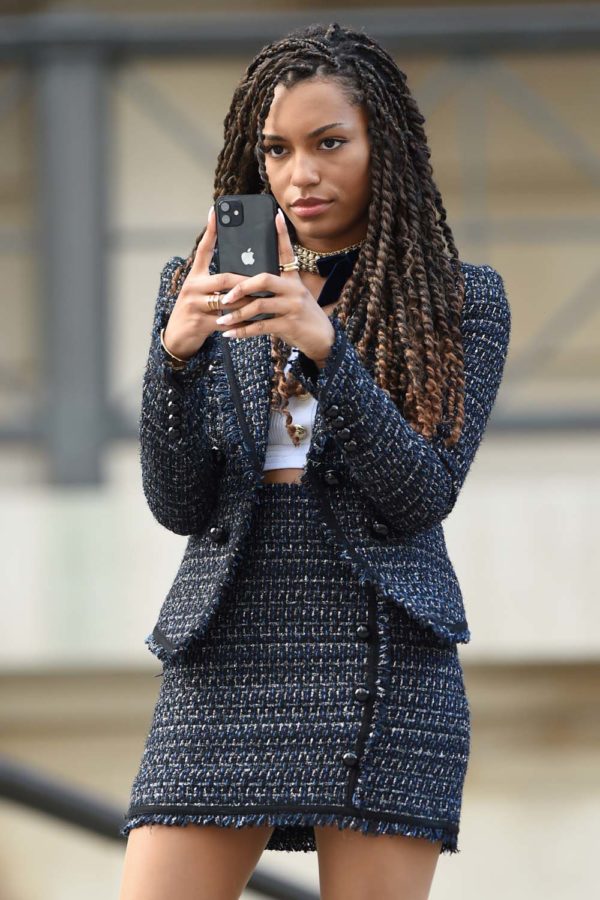 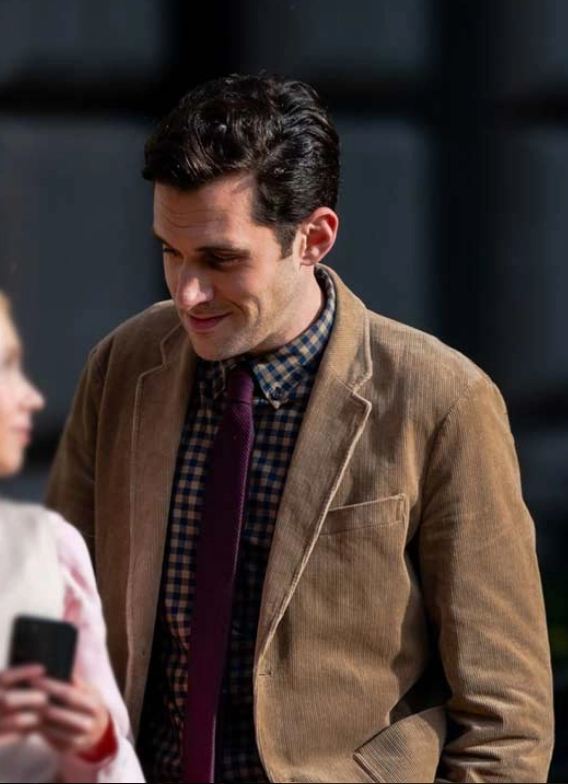 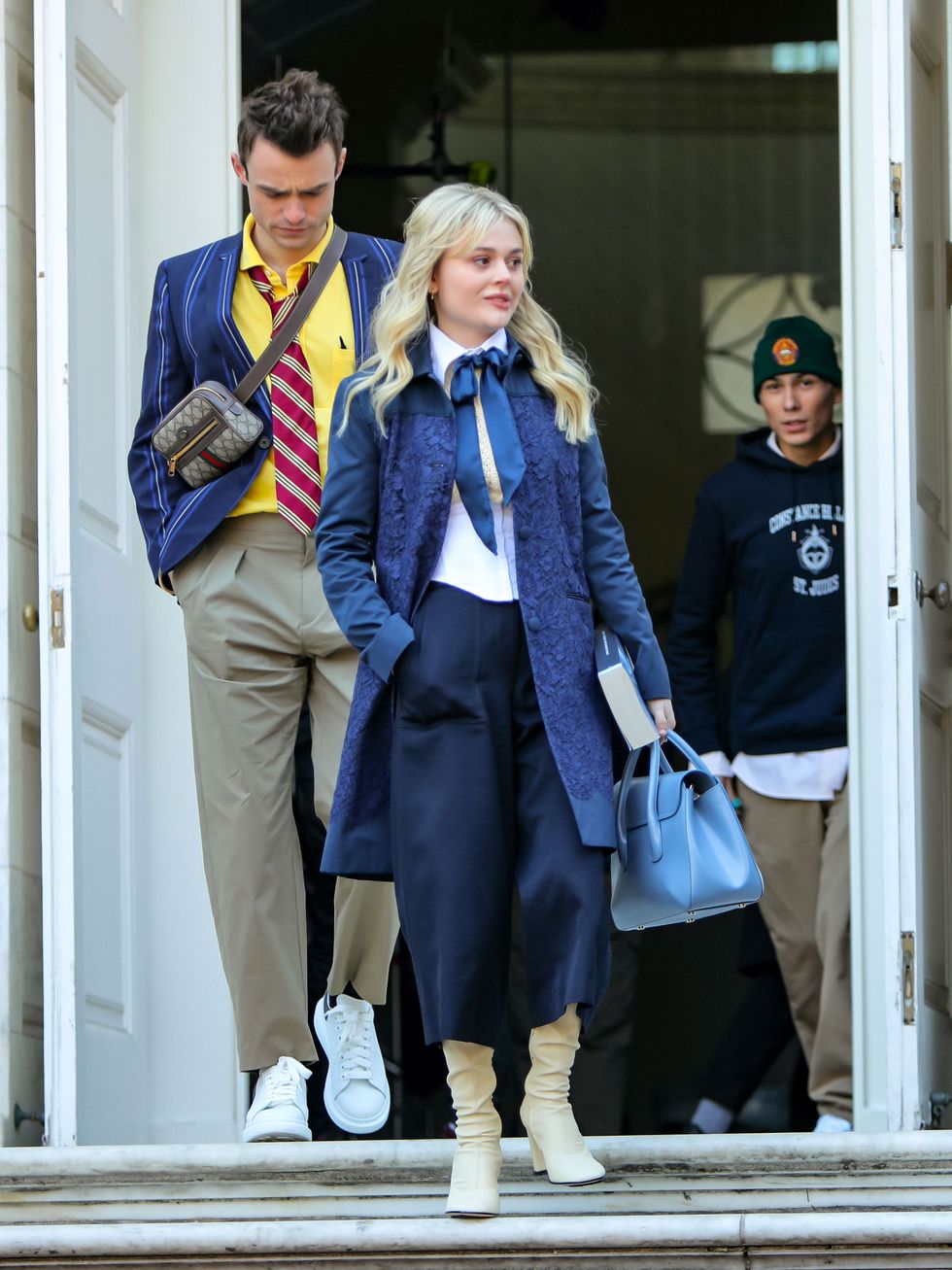 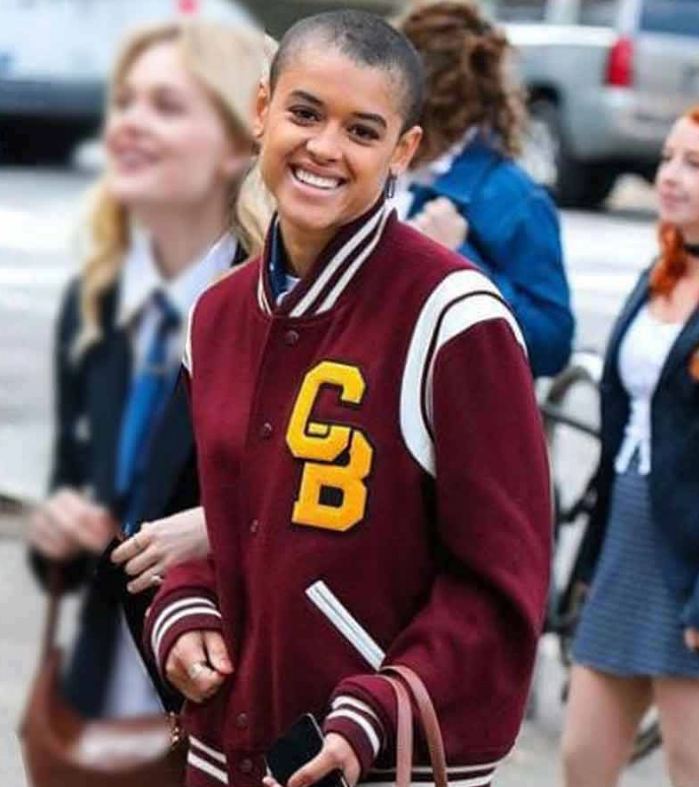 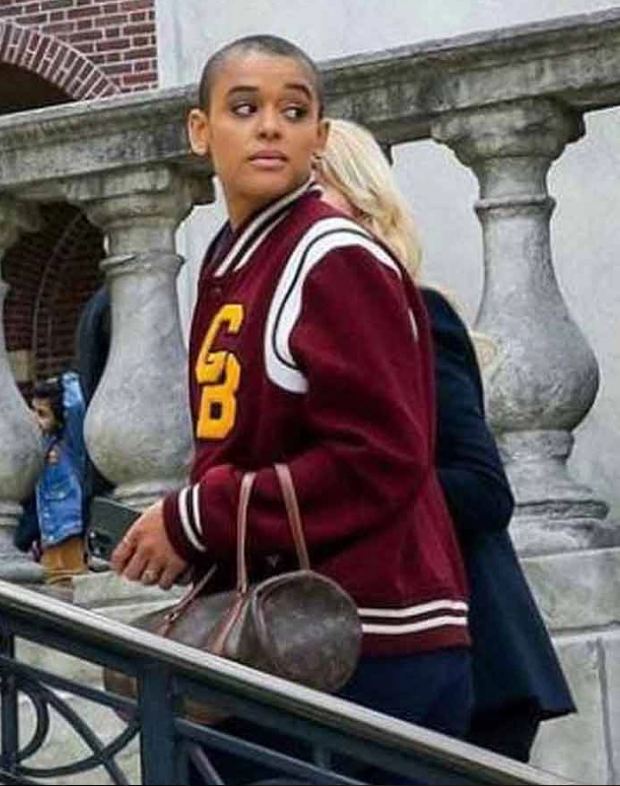 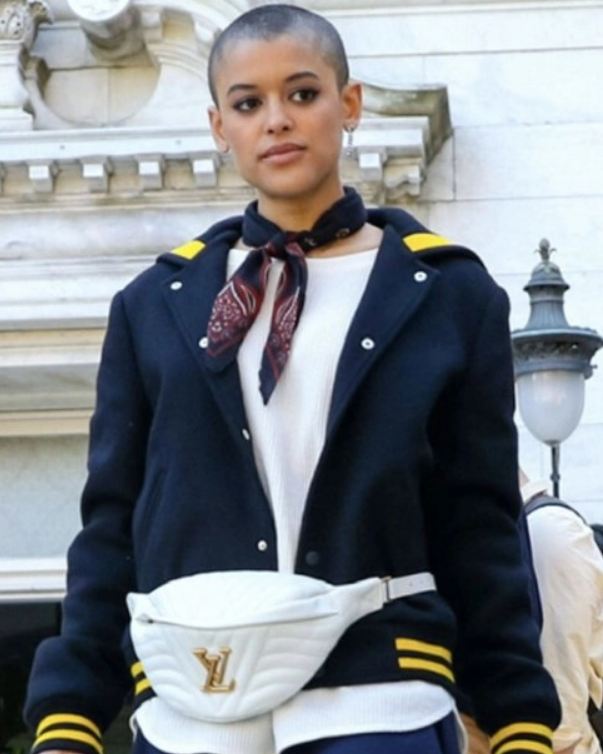 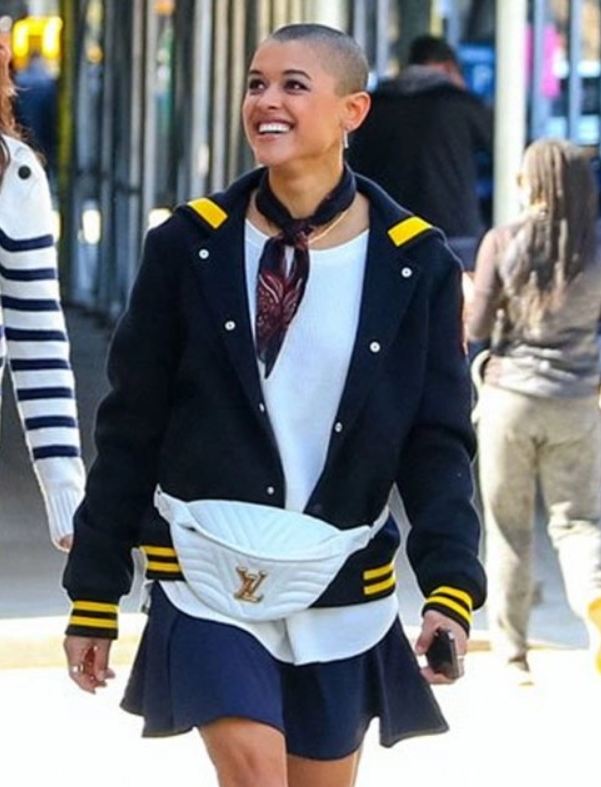 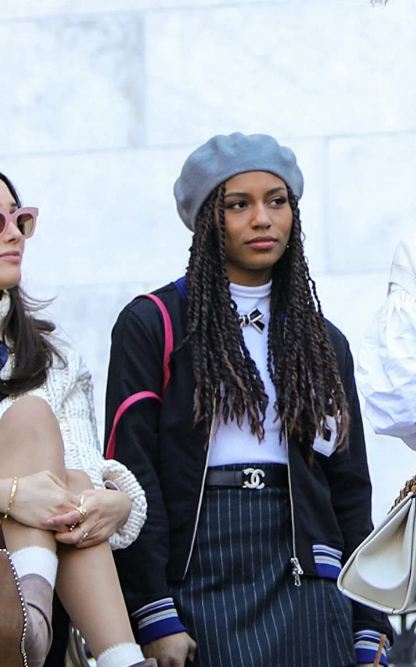 Those who believe money can't buy happiness in the world of internet shopping never had the opportunity to do the buying. But don't worry, when you read it, it indicates you finally got to the proper place to shop. So please don't hang out until we unwrap Gossip Girl Merchandise's that are fascinating.

Gossip Girl 2.0 comes back for the same fun 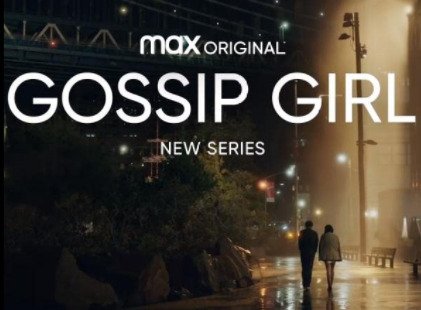 I believe that it is now the time to get ready since the Gossip girl will finally be on screens in the next week. A spin-off from HBO max with 10 hours of episodes will begin in the 2000 edition.

When our birdies told us that the Gossip girl was going to come back to relaunch, our devotion began pouring enthusiasm into our veins. We look forward to expanding the look to identify who is going to be in the 2021 Constance Billard class? And what are they going to wear most importantly? Well, we must wait till its release in order to learn the answers to these questions. The series will release at HBO max on July 8, and the narrator will be Kristen Bell.

What is the Gossip Girl series' basic plot?

Warner Bros published that his earlier version would be revived, and the director wants him to be a successor. The entire narrative of the program is yet to be revealed, but it comes from the official summaries. It says it

A new generation of private school students in New York is introducing social monitoring of Gossip Girl eight years after the original website has been darkened. The prestigious series will focus on the amount of social media – and the New York environment itself – evolved throughout the years.

In our opinion, the show will offer new insight into how social media has changed the world over 12 years later. It will illustrate how the New York Society evolves steadily throughout time.

Is the series play the role on the fashion side as well?

We know how thrilled it is to see the cast play; mode also plays a key part in fashion. After viewing these pictures, we expect the event to be quite exciting in comparison to its first year. The first season was inspired by the style and brought glamor to your audience. And certainly, the storyline also had an important influence, as you can't appreciate the star's part until you love the season's fundamental plot!

The date is set for July 8

Following Covid's delay, the Gossip Girl eventually got to the day when looking at screens. The program will be released on July 8, 2021, and his first teaser will now be launched by HBO max. And we hope you've already looked at the trailer; what? You have not! Now, we highly advise you to leave all your deadlines and see the fantastic cast, Gossip Girl Trailer, right immediately.

Who portrayed whom? Who's in the cast?

Let's put on the life of the characters of the program a new tint of light.

The character of Julien Calloway, who is a Canadian and a teenager influencer, has been performed by Jordan Alexander.

In his first role, Evan Mock, the model, plays the part of Akeno “Aki” Menzies. We saw him on the skateboard before. For eternities, he dates to Audrey.

Savannah Smith's Monet de Haan. Smith, a Tisch Schule of the Arts student from NYU, has landed on Gossip Girl as his first acting role.

The actress and singer Emily Alyn Lind played Audrey Hope, whose mother is an athletic designer. She is Julien's best pal and has long been in contact with Aki.

Whitney Peak portrays Dan Humphrey, a group leader in the flashy, upstairs Upper East Side society, who works as a “likable tourist guide.”

Zion Moreno depicts the Moon La. Moreno, who was involved with TNT's Claws, started her career at 19 to perform.

Kate Keller, which is a mystery figure, depicts Tavi Gevinson.

Many others are included in the cast, but we see them as a surprise when you watch them. At the same time, Gossip Girl 2.0 will talk about what kind of class wars and teens' anxieties. But in our Gossip Girl shop, we may start picking certain clothes from the Gossip Girl merchandise.

Let us emphasize some of the cast's stunning costumes!

Made from good quality cotton fabric, when you use it from your closet, the coat has something fascinating to tell. In combination with a formal shirt and suit, the peak lapel-style collar always shows a clean appearance on your own personality. This coat is an exact replica of Eli Brown, who depicted Otto's part. In this show, you can easily buy it from our Gossip Girl merchandise shop.

There's a way when there's a desire. So, we think you can have everything you want if your intentions are sincere, bearing this quotation in mind. This coat is an exact copy of Jordan Alexander from the episode in our Gossip Girl Merchandise. Further, the leather material is authentic with an interior shearling lining. The costume is distinctive, and we know you can't refuse to ignore it as a charming fashion.

Sometimes you attempt to follow a casual behavior code, especially when you have a job to accomplish! So we advise you, in this instance, to look into Adam Chanler Berat Blazer and try something else. The Blazer has manufactured Corduroy with a high grade inside viscose fabric. Brown can't be as versatile as black. However, it certainly appears to be a mainstay of classical nature. So, don't forget to look!

Our artisans created this coat by using high-quality suiting cloth with a premium finish. The coat is excellent for your ordinary gathering, or use this Gossip Girl Julien coat as your regular companion. Enjoy the appearance and feel that its lapel-style collar may provide. This coat also features an inside viscose lining to keep you warm from the inside. It includes a front zipper fastening, seamless cuffs, and a waist flap pocket for storage.

The material is light and may keep you in comfortable hands. This Gossip Girl 2021 Hope Blue Coat also includes an interior viscose lining to keep you warm from the inside. Enjoy the appearance that its lapel-style collar can provide, and choose the style to close with its front button fastening. Blue is already a favorite among people who like the hues of life.

The coat represented a new approach to elegance. The coat has constructed of Genuine Leather, a high-quality fabric. This Gossip Girl 2021 Black Coat also includes an interior viscose lining to keep you warm from the inside! The ribbed collar, open front fastening, and flexible black hue make this a must-have for the fashion vision!

Can we expect to see the Original Cast in action in the forthcoming Reboot?

The questions are there, and we know how to dig for answers. There is no question that the CW gives a chance for the original series' stars to achieve success in their acting careers. However, a new teaser and tweets indicate that the series would not include any of the Original Cast members as leads. However, Kristina Bell, the voice of a Gossip Girl from the Originals, acts as the narrator. According to the Producer's statement, Kristina Bell was and will always be the narrator of Gossip Girl.

Is the Reboot following in HBO's footsteps?

On June 22, Joshua Safran stated in his article that he wants to portray the various character of today's society and that he will do it through HBO's Way. As a result, the question of what the standard for HBO's approach is, may emerge. Consider the Emmy Award-winning program Succession as an example. Joshua claims that they have enough funds to fulfill the level of Succession. But only time will tell whether or not the play succeeds in bringing the class together!

So, clear your calendar because the day is coming, and you may have chosen a preferred one up to this point! Then pair your favorite shoes and go out to enjoy the world outside!