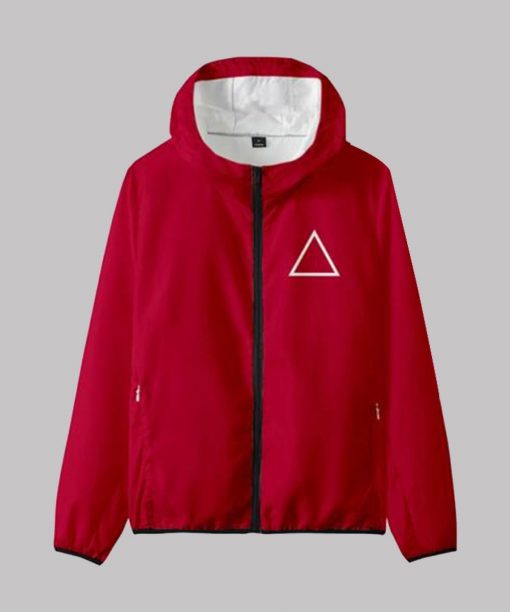 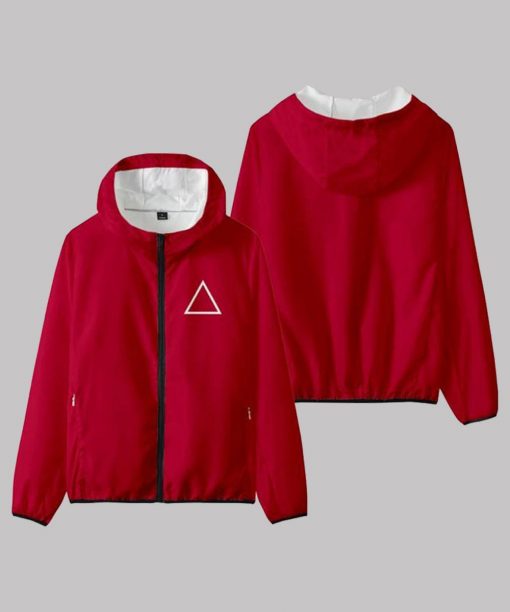 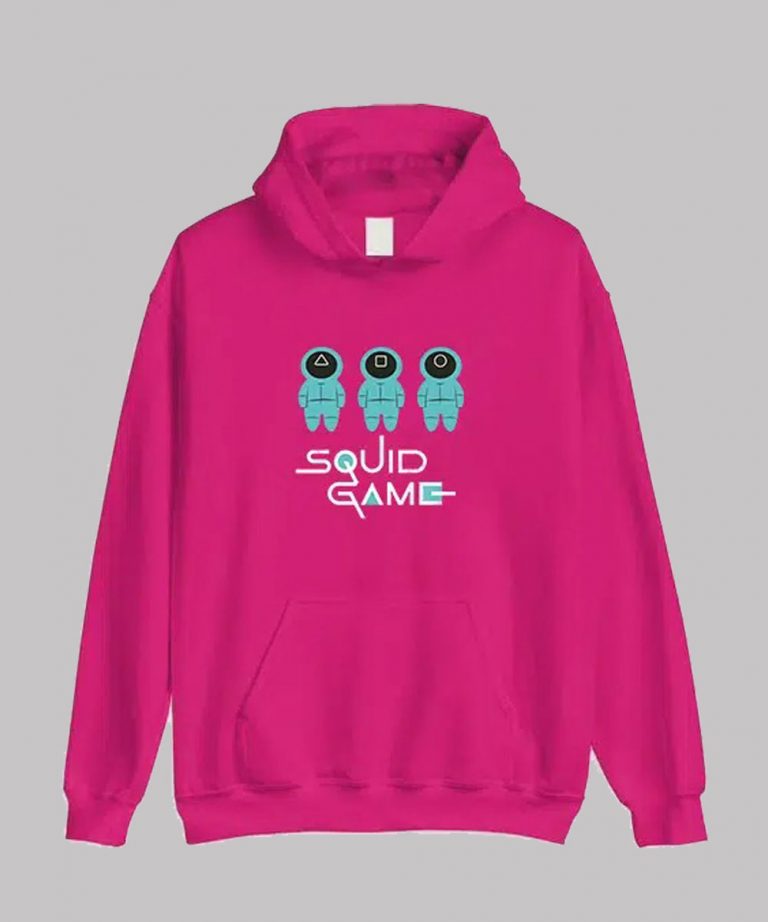 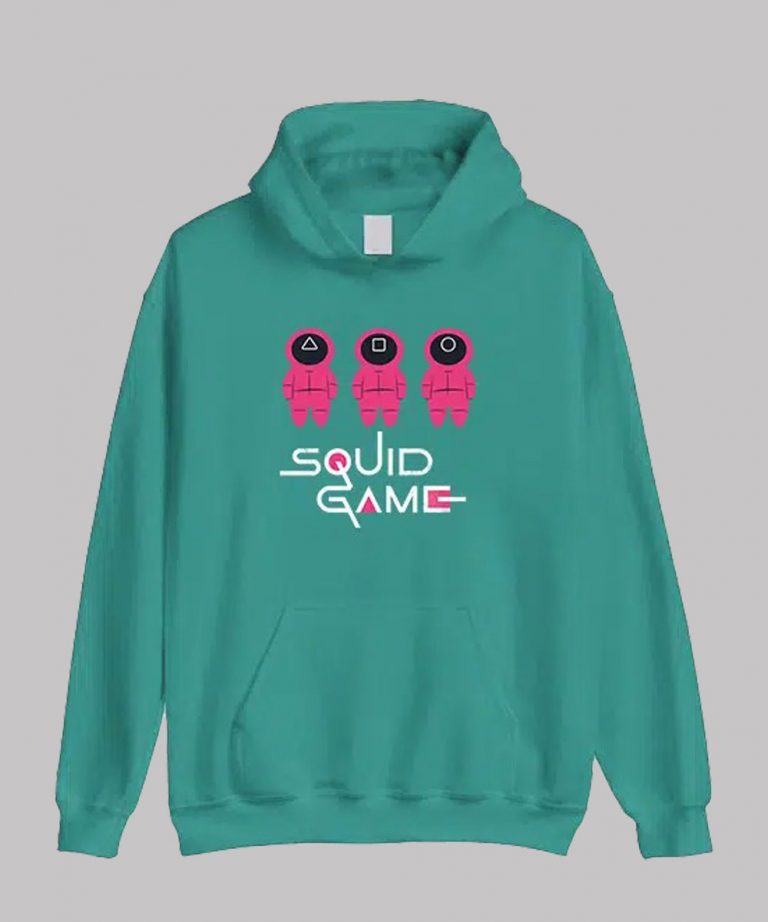 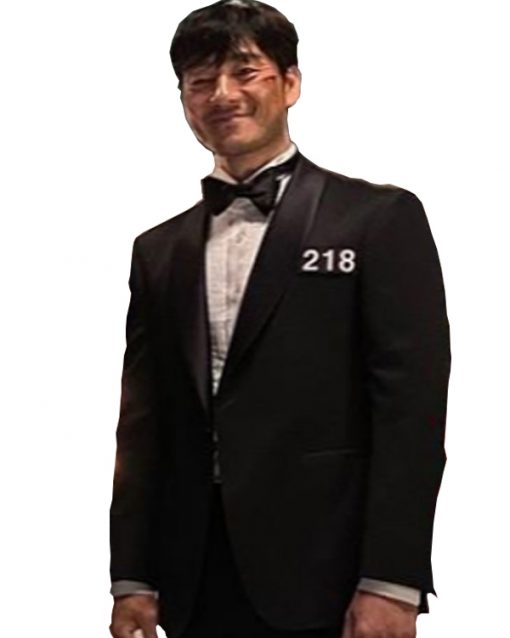 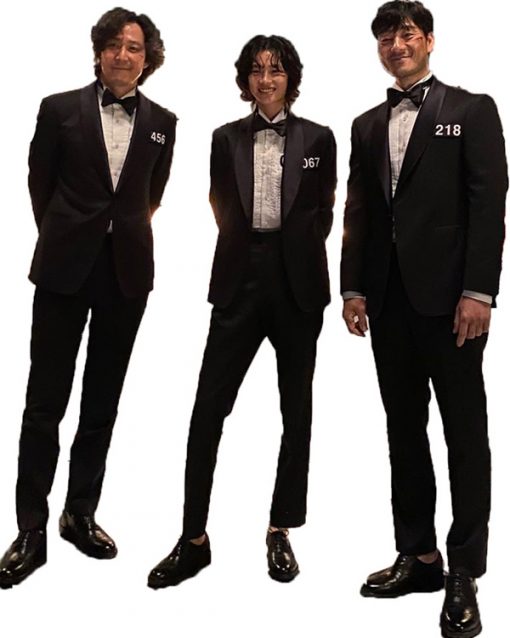 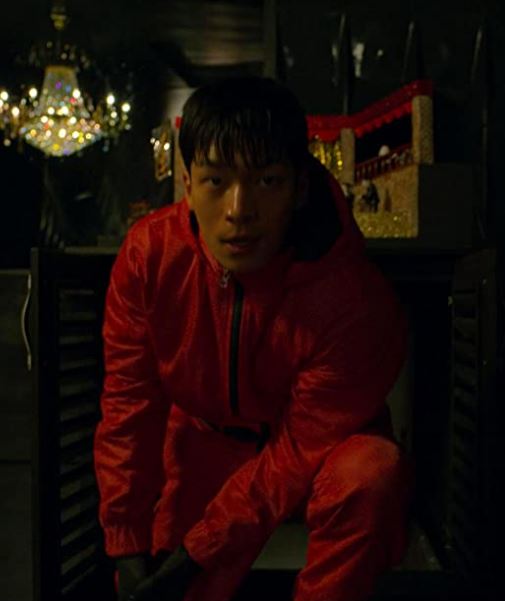 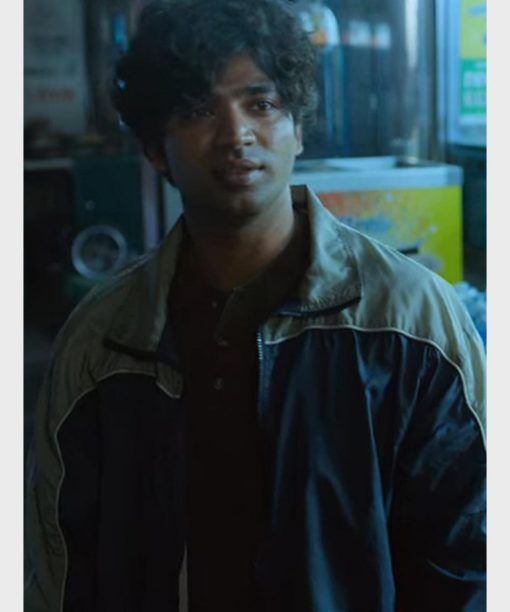 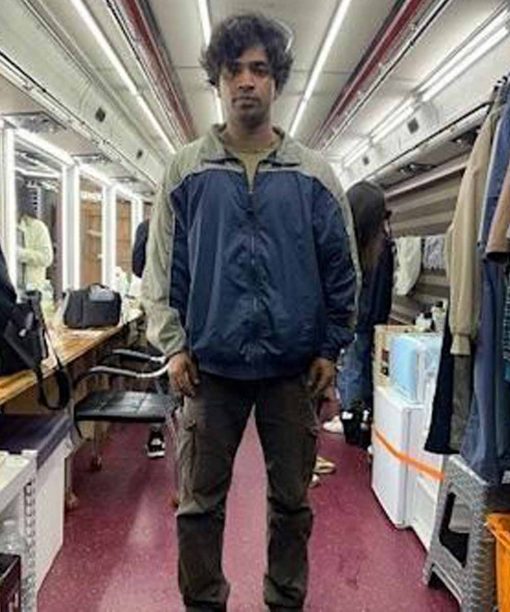 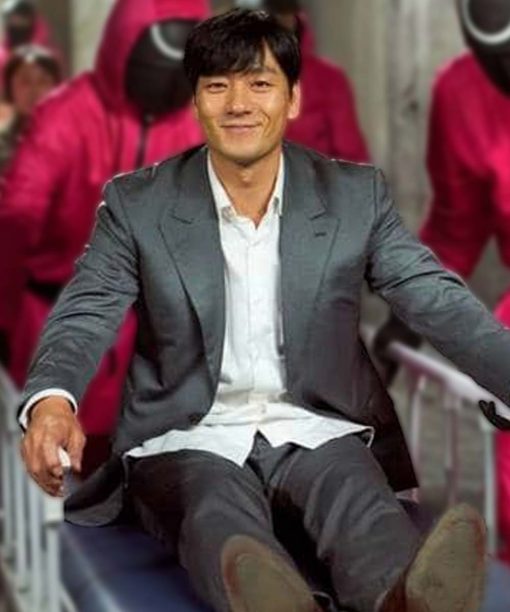 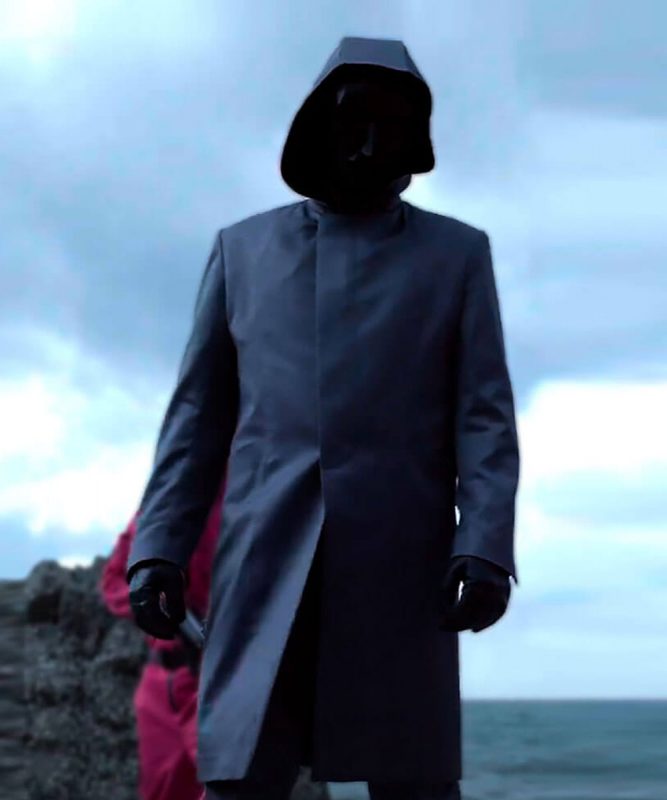 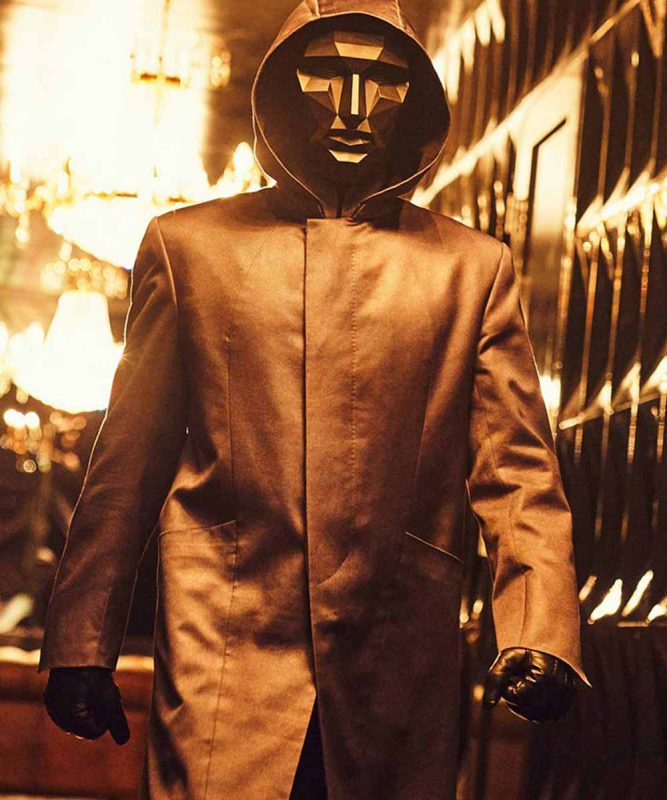 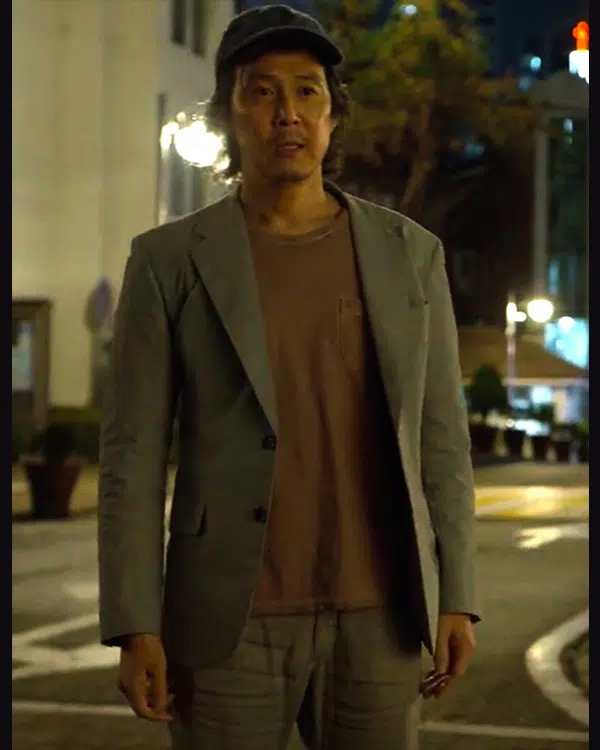 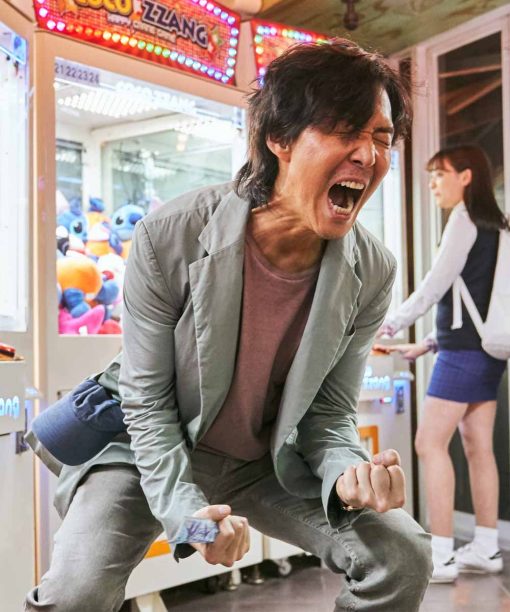 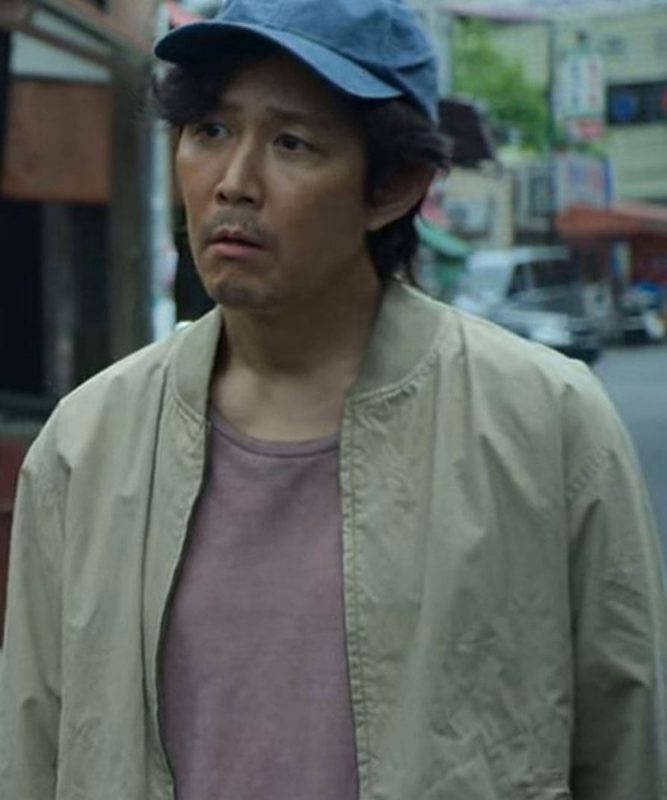 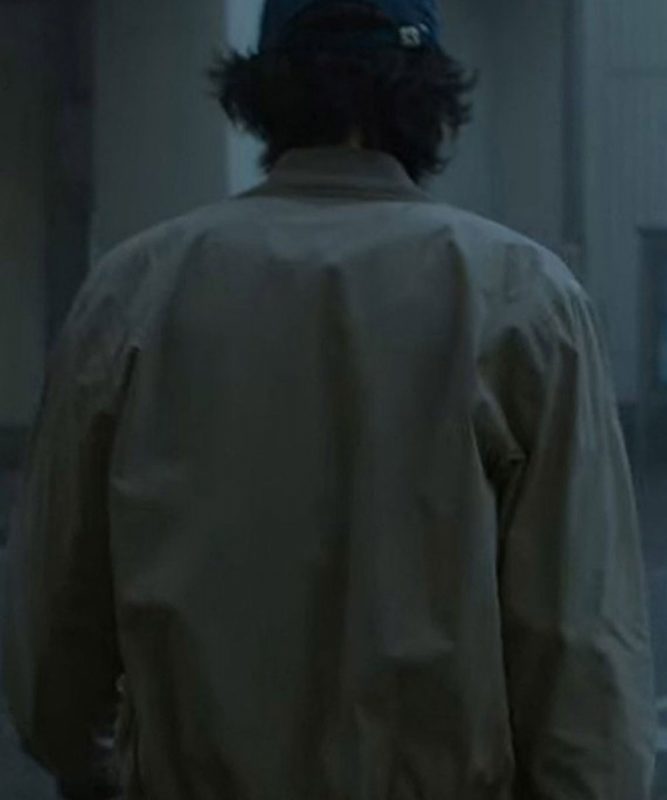 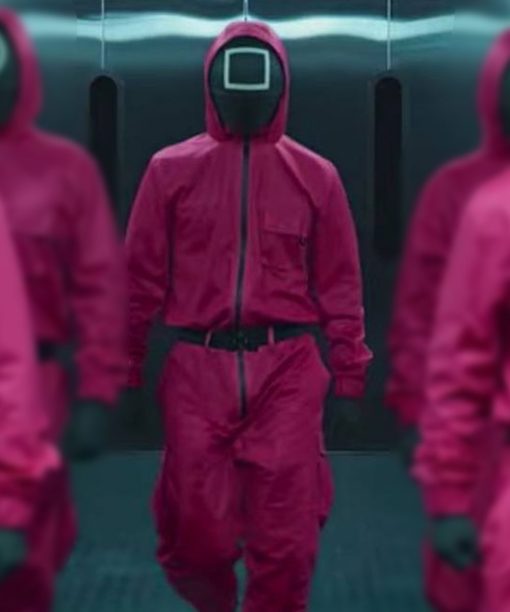 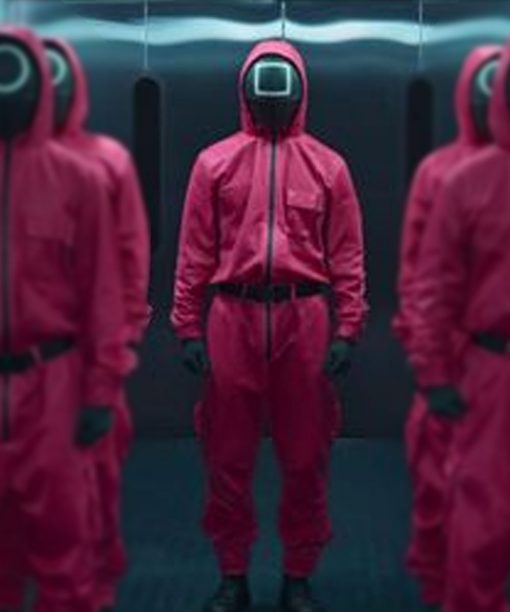 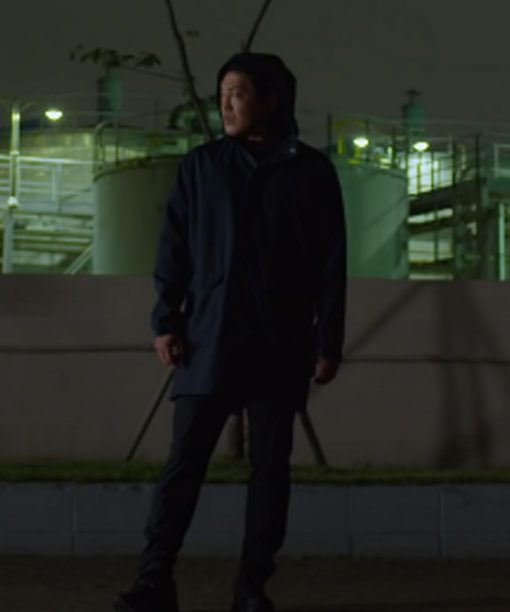 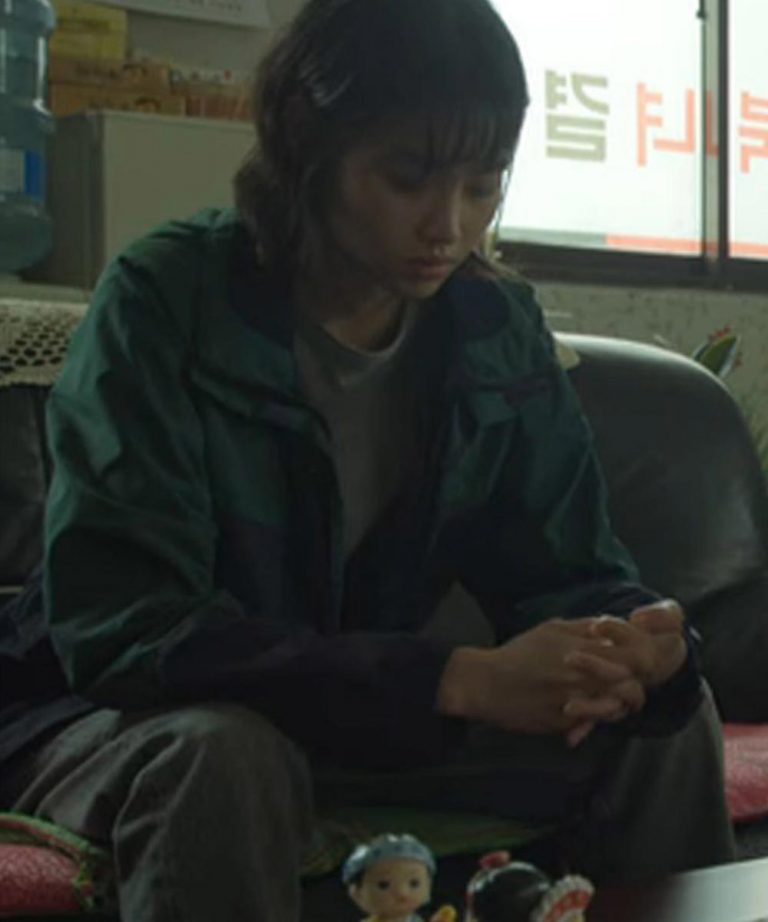 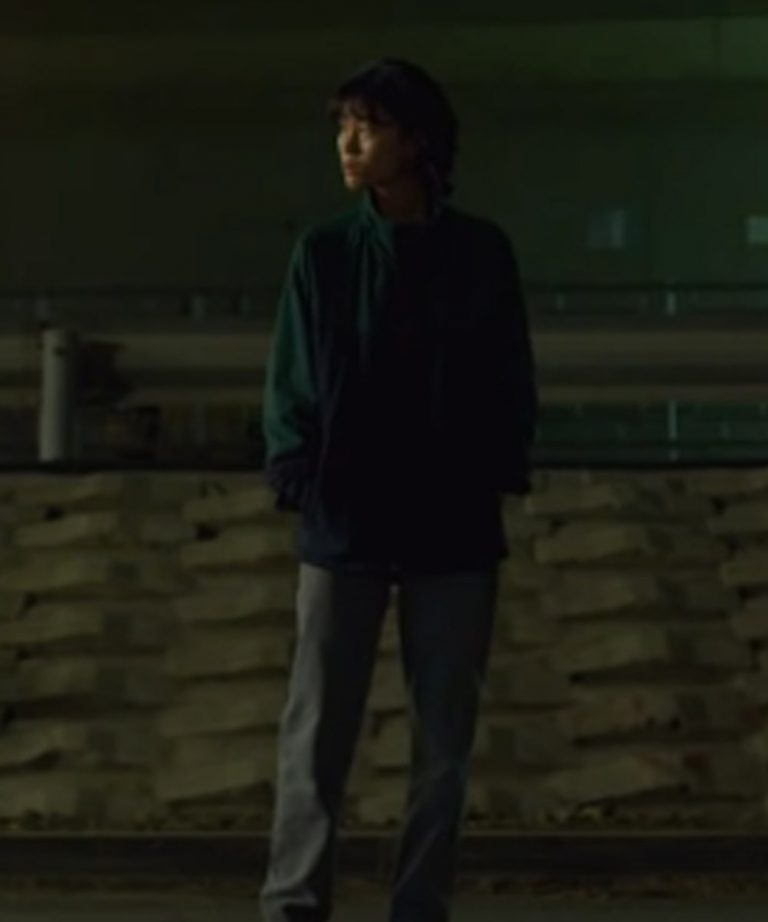 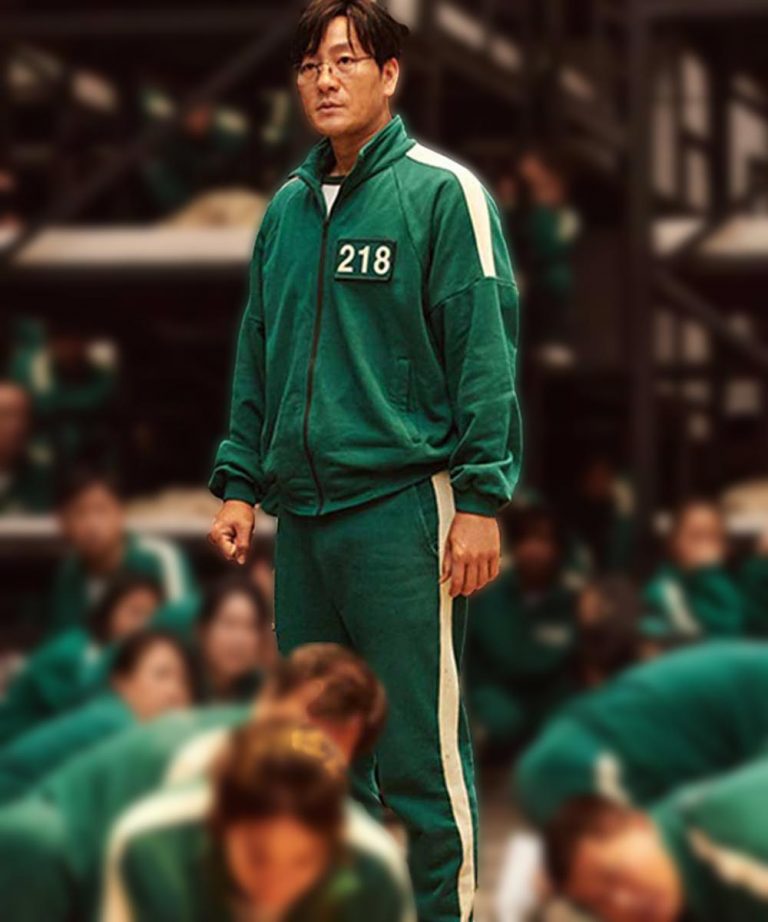 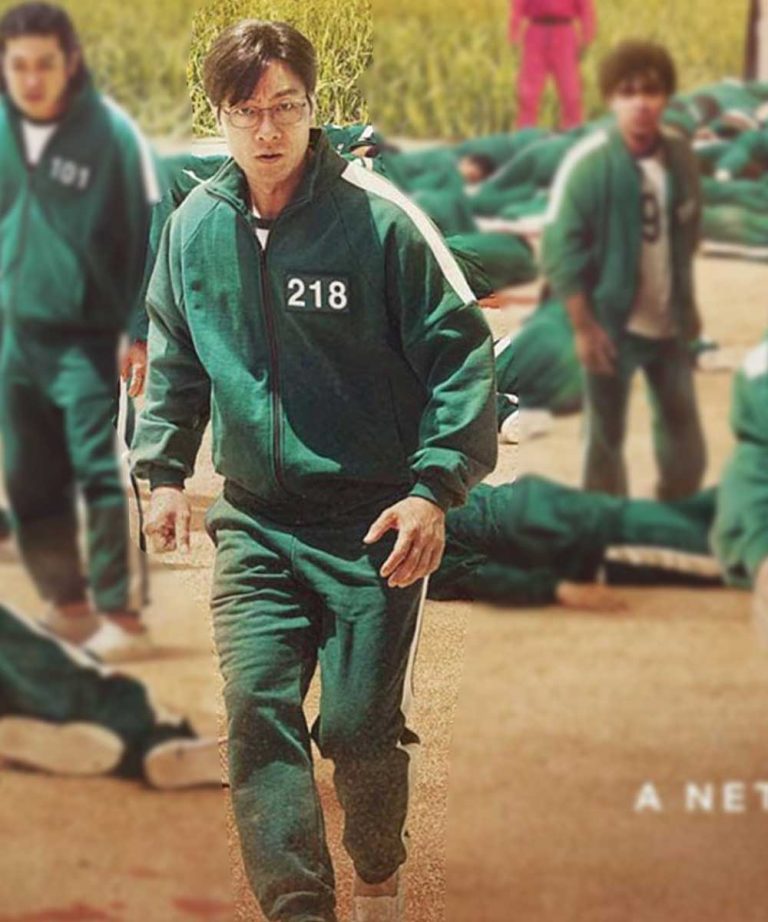 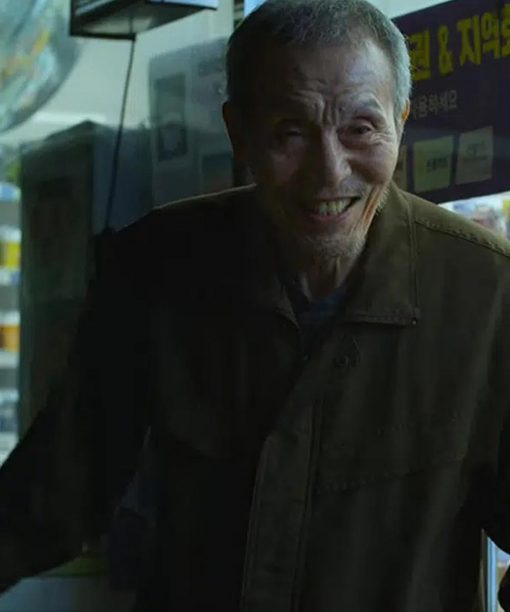 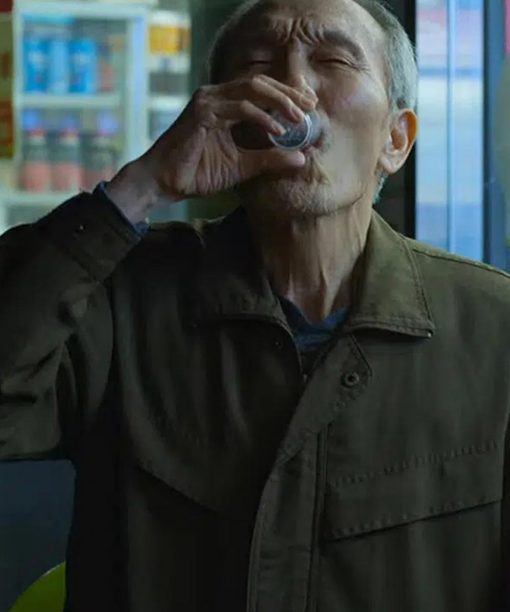 The genuine leather has a great selection of Squid Game Outfit. It has eye-catching clothing that will make you fall in love with it. However, Look for the appropriate item for yourself and wear it to show off your stunning appearance. Every costume has been designed with high-end materials. This Squid Game jackets line features a variety of fashionable outerwear with voguish characteristics.Each character on the program has a unique personal style that represents their personality. Although, stories, and, of course, current fashion trends have an important role. Their attire is just as important as the chaos they're dealing with.

Hwang Dong-Squid hyuk's Game is a Netflix original South Korean survival drama series. The cast includes Lee Jung-Jae, Park Hae-soo, Wi Ha-Joon, HoYeon Jung, O Yeong-Su, Heo Sung-Tae, Anupam Tripathi, and Kim Joo-young. The show revolves around a competition in which there are 456 contestants. However, all of them are badly in debt. They put their lives on the line by playing a series of fatal children's games in the hopes of earning a prize of $45.6 billion. The title of the series is a reference to a Korean children's game of the same name.

When Squid Game was released internationally on September 17, 2021, it received critical acclaim and international attention. The series has also received a lot of accolades.

Your coworkers will be impressed by the attractive design of  Squid Game Outfit. At any official or informal function, the outwear progressively improves your appearance.

What if I told you there's a costume that looks exactly like Squid Game Gi-Hun Blazer from the hit survival show Squid Game? And it'll just set you back about $120? Wouldn't it surprise you if I told you that? I'm confident you will. Also, Prepare to be amazed by the intriguing properties of this Squid Game Gi-Hun Blazer. This jacket consists of lovely cotton cloth made from natural cellulose by our craftsmen. Additionally, The blazer is perfect for your everyday casual nights and can be worn all year round.

Squid Game Final Game Black Tuxedo is without a doubt one of the classiest items you may buy to make a unique style. This versatile piece has the potential to elevate your style. It may add refinement, giving you the impression of a well-defined and sophisticated appearance. For lunch, a wedding, or a romantic night, this timeless classic is a great addition to your wardrobe.

We know exactly what our customers want in terms of clothes and how to get them to them. Further, Put your trust in us once more and have a look at this Squid Game Cho Sang-woo Blazer. This Blazer has made of a beautiful cotton fabric that has a high-end appearance. The blazer is comprised of a lightweight fabric that is also quite breathable. The interior viscose lining of this Blazer will keep you comfortable.

It's unquestionably significant to have your want for an outfit met unexpectedly, especially when shopping on TGL. We've always made it a point to offer our clientele their preferred elegant style options. This time, we're featuring the Squid Game Tracksuit from the survival drama series Squid Game. Additionally, This Tracksuit has created by our artisans from naturally breathable cotton. The fabric is light and airy, with a nice cellular fabric component for your skin. This Squid Game Tracksuit also has a viscose lining on the inside to keep you warm.

Is the Squid Game genuine?

While the show's life-or-death battle has been made up. However, Squid Game is a real game played by South Korean kids. When the show's creator was still in his early twenties, it peaked in popularity in the 1970s and 1980s.

Is there a second season of Squid Game?

Yes, it has now done so! Netflix CEO Ted Sarandos announced plans for a second season of Squid Game.

What happens at the end of the squid games?

The Squid Game is the last challenge, in which Gi-hun faces off against Sang-woo in a nasty (and rainy) knife combat.

The former wins, but not before invoking Clause Three of the agreement, which specifies that “the game terminates if the majority of participants choose to leave the game.”

Why do squid games have such a high level of violence?

Squid Game creator Hwang Dong-hyuk defends the violence in his show, arguing that the show's thoughts and metaphors must be transmitted.

Who is the most interesting character in the Squid Game?

The fact that Kang Sae-requirements books differ from those of the rest of the group is what makes Squid Game so intriguing.

She's simple to root for because she's one of the few characters who isn't involved in risky activities for the sake of profit.

What distinguishes squid games from other types of games?

The show's violence is genuine, and the gore is graphic.  However, portraying it as real and thus impactful.

Are there any Jumpscares in Squid Game?

What distinguishes squid games from other types of games?

The show's violence is genuine, and the gore is graphic.  However, portraying it as real and thus impactful.

Is watching Squid Game worth your time?

Yes, and yes, From start to finish, the show was wonderful, and I've already seen it three times.