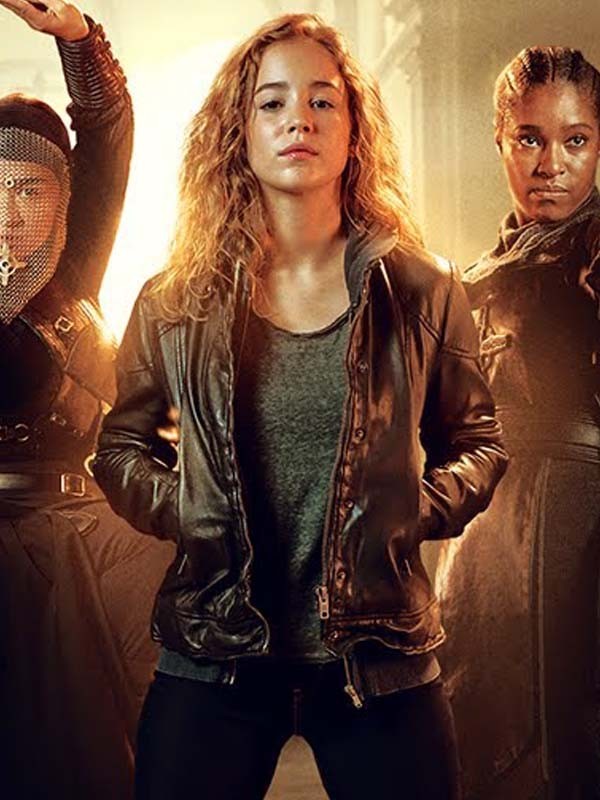 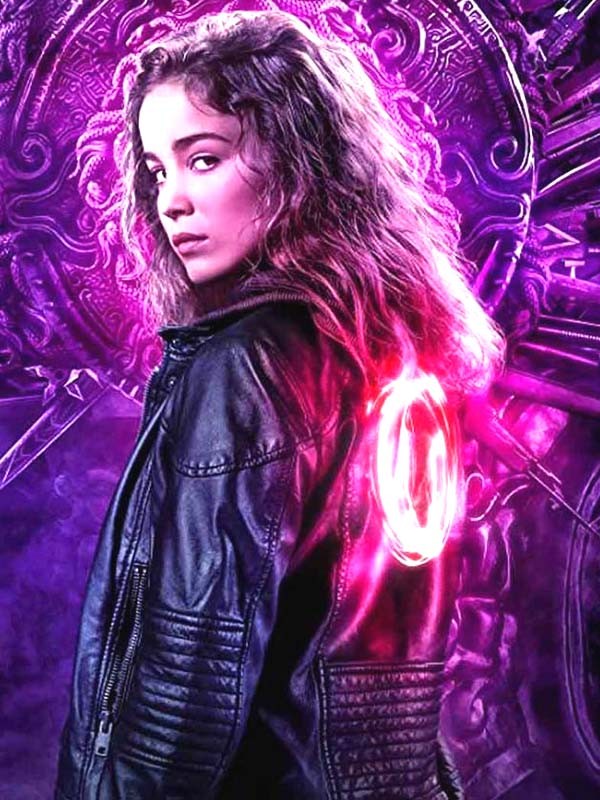 You may choose from an amazing selection of outerwear from The Genuine Leather that will not only improve your appearance but also keep you warm in the coldest weather. The nicest thing that could ever happen to your stunning wardrobe is Warrior Nun S02 Outfits
It exudes all the energy you require to rule the world with your glamorous character. So why are you still waiting? Grab these right away to flaunt your appearance to the world.Based on Ben Dunn's Warrior Nun Areala comic book character, Warrior Nun is an American fantasy drama web series produced by Simon Barry.The concept was originally created as a feature film adaptation, but after Netflix had given the project a series order for a first season, it was reimagined as a television series. The fictional Order of the Cruciform Sword's headquarters was filmed in Antequera, Andalusia, Spain, one of many locations used for filming.On July 2, 2020, the show made its Netflix debut to mostly favorable reviews. The show received a second season renewal in August 2020, and it premiered on November 10, 2022.The TV show's plot revolves around a nun who is given the responsibility of doing divine duty.

Can you picture a nun who is also a warrior? But this lacks imagination! A whole television show is presented here that is chock-full of drama, action, and imagination. The 19-year-old Ava Silva is the main character in the two-season television series Warrior Nun. The scene starts when the character in question wakes up in a morgue and discovers that he now possesses some supernatural abilities and is obligated to perform divine tasks as a member of the illustrious Order of the Cruciform Sword. She is now responsible for battling monsters and demons on earth. Ava must also face some forces

Thekla Reuten, Lorena Andrea, Kristina Tonteri-Young, Tristán Ulloa, Olivia Delcán, and a few other recurrent actors round up the roster of this highly regarded series. Star actress Alba Baptista plays the character of Ava Silva. All of the cast's outfits are incredibly stylish and adorable, just like Warrior Nun's fearless lead character. The Warrior Nun S02 Outfits collection we are offering you are a fantastically excellent and diverse assortment.

The Warrior Nun S02 jacket's chic, edgy, and trendy outfits are truly amazing, and they go flawlessly with any style of apparel. So, using Warrior Nun S02 Outfits, you can wreak havoc among the haters' mobs with your alluring beauty and chicest glimpses. The Warrior Nun S02 Outfits are sufficient for you to give you the style & look that you desire whenever you want, whether it's a casual party, formal event, or just a regular day—especially in the cold season. These clothes give you a lovely and eye-catching look that distinguishes you from the other members of your gang. You can quickly become an iconic figure by wearing these clothes and attracting attention to yourself.

Evil is waiting to defeat you! So, with the captivating Warrior Nun S02 Alba Baptista Black Jacket, slice them to pieces with the cool sharpness of your personality and attitude. With this Ava Warrior Nun S02 Black Jacket, a replica of the gear used by the main character in this action series, you will be the focus of everyone's visions.

With the accentuated Warrior Nun S02 JC Red Jacket, you may chop foes to pieces with simply your savage and edgy appearance. The Emilio Sakraya Red Jacket that has been made public is a copy of the clothing worn by a recurrent character in the Warrior Nun television show.

Will Warrior Nun return for a third season?

In addition to the release date, there is no certainty regarding season 3. New episodes, according to reports, could debut sometime in 2024. Seasons 1 and 2 were released in July 2020 and November 10, 2022, respectively. Similarly, after two years, viewers can anticipate the third season.

Does Warrior Nun appeal to children?

This is a fantastic show suitable for older tweens. Although the main character has developed as a person, she can be selfish. If your child is able to distinguish right from wrong, they should watch this since it is the best show ever.

Soon after the first season 1 episodes debuted in 2020, the streamer moved to social media to announce the good news of renewal with a promotional video. Season 2's filming was officially finished in November 2021.

In Warrior Nun, how old is Mary?

A 19-year-old woman wakes up in a morgue with a new lease on life and a divine relic embedded in her back.

Who is Warrior Nun's main antagonist?

Adriel is an evil extraterrestrial entity from the Other-Realm who possesses great intelligence. He is shown to be neither an angel nor a demon, but rather a being with superior physiology and cutting-edge technology. He was once believed to be an angel from Heaven who bestowed his Halo upon a dying warrior named Areala.

In Warrior Nun, who does Ava end up dating?

After deceiving the others about the location of the arc in order to save them and sacrifice herself, Ava kisses Beatrice goodbye before joining Michael.

American Netflix has The Nun because it debuted on the streaming service on August 17, 2022.

What happened to Lilith, Warrior Nun?

The Trask transport Lilith to the other side in “Warrior Nun.” Lilith, who was reared and prepared to become the following Warrior Nun, comes from a long line of Halo carriers. But when the OCS makes a hasty decision and gives a dead Ava the Halo, her course is changed.