You know which Tire is best for your car, and we know which outfit is best for your hours. Fast and Furious 9 is all set to release this year with a fantastic collection of Cars and Outfits. Fast and Furious always got successful in grabbing the attention of its audience through eye-retaining actions. After almost 20 years of series, this movie has launched many stunts of cars. And indeed, they are one of the absolute sovereigns of car-related accomplishments. So far, we have seen eight chapters of this thrilling American action movie, and the ninth one is ready to hit the screens. So, to remain a step ahead, we are introducing Fast and Furious outfits to satisfy the craze of being extraordinary.

Stunts – A Significant Genre Of The Film

These days the stunt team played an important in the success of such types of movies. Or we can say that these movies have become popular due to their jolt-like stunts. Because of the high demand for action, the safety team must be alert every second to counter the unforeseen situation. Just like this, our team at Genuine Leather kept themselves awake to entertain the customers. We are always at your service to offer you quality and trendy products that can last for eternity.

Will There Be The 10th and 11th Instalments After This?

And we know you may have many questions like our Fast and Furious nine collections, just like the question you may have about the movie! Like, will there be the 10th and 11th parts after this? Will Dwayne Johnson and Jason Statham be in the upcoming films? But don’t worry, we got you cover, unlike the movie you have to watch to get your answers. Our every variety has made of premium fabric quality with the exact depiction of the movie’s scenes. 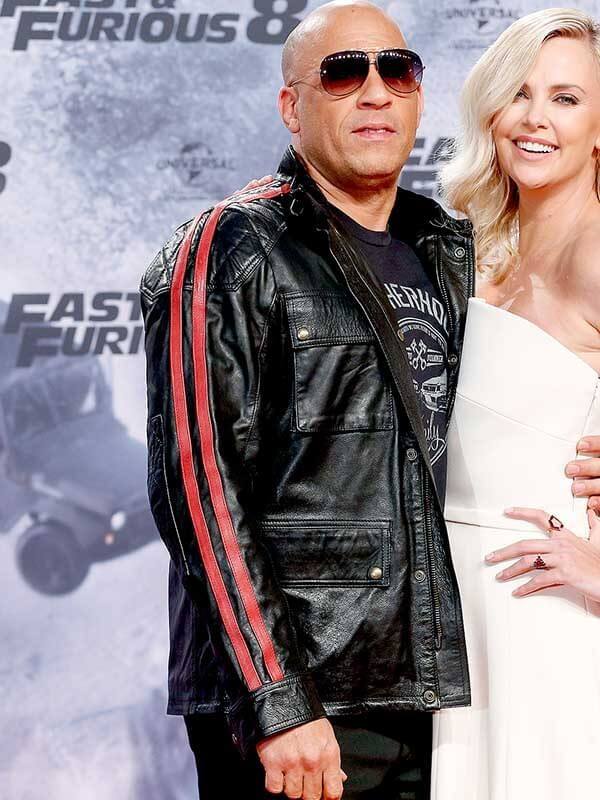 This car of this series F9 seems to have no breaks. However, they claimed to keep the route on the leading after the 10th instalment. But they didn’t go with their claim and released the first spin-off film, The Hobbs and Shaw. And further, they are planning to expand their territory to women-fronted spin-offs and Netflix animated world. We at The Genuine Leather always have claims that can drive in favour of our customers.

The Trailer of Fast and Furious 9

Do we hope that you have already watched the trailer for F9? And you have seen the highlights of gorgeous and striking cast in actions. Now, why not have a look at our up-to-the-minute outfits also, inspired by the film. The lead F9 cast includes Vin Deisel as Dominic Torreto, John Cena as Jakob Torreto, Michelle Rodrigues as Letty, Tyrese Gibson as Roman Pearce, and Charlize Theron as Cipher. With this stunning cast, how can one resist waiting for its release? But don’t worry! Until the film is not released, you can buy their imitated outfits to get yourself ready for the release. Buying its attires will fulfil two goals for you! One is to replicate their style, and the second is to look unique among the crowd. So, why not go for it?

Our F9 Jacket collection is unique in every sense; it has comfort, reliability, and sophistication for the people like you! Let us showcase some of the best in front of you!

At first, we present you Dominic Toretto Fast and Furious 9 Jacket; this jacket is the exact depiction of the character. This jacket has made of genuine natural leather with a soft viscose lining. It can offer you the feel of someone who is hugging you snugly. The Notch style collar can be a way to look, like a bad boy with ripped jeans and a T-shirt.

On the Second we have, the Fast and Furious 9 Michelle Rodriguez Letty Jacket; this jacket can be a go-on-go choice for those girls who are true fans of adventures. It’s 100% genuine leather and can give you a badass look with protection from abrasion. It has a lapel-style collar to tell your companions how fashion enthusiast you are?

The third we have is Tyrese Fast and Furious 9 Pearce Jacket; this jacket has something in it for those who always believe in finding the positive part of the story—inspired by Tyrese, one of the humorist characters to fir the short burst of laughter. It has 100% cotton material with a standup-style collar to give you a look worthy of attention. With zipping closure, you can close and open this in a split of seconds.

For the fourth one, we are considering this John Cena Fast and Furious 9 Vest; who is there who doesn’t know about this man? Since this famous fighting wrestle has now found its way into the movies, the audience cannot get bored. John Cena had a successful career in WWE and now let’s see if he can play a role in this career. This jacket is the exact imitation of his looks in the movie. It has made of genuine leather with a soft viscose lining.

So, these were just a trailer of the F9 collection; there are so many to shop at our primary F9 site collection. Because of the trust you have in us, we believe you will reach out if you have any queries and feedback about the product.