The Genuine Leather store brings another beautiful outfit The Gentlemen Coach Track Suit. This amazing outfit is so trending now a days that has worn by famous celebrity Collin Farrell named as Collin Farrel Coach Track Suit. He played a gangster role in this movie as character named ‘Coach‘. He act as a mentor who shows little youngsters how to loot and battle. He plays one of the significant jobs in the practice that rotates around Mickey Pearson. He is likewise a partner of Mickey’s worker named Raymond. Further, he additionally captures a man named Phuc for Raymond. Other than that, the Coach works with Raymond on different events. Collin Farrell or Coach has enjoyed an extensive career in television and film, including starring in projects such as Saving Mr. Banks, True Detective, Fantastic Beasts, and Dumbo, among many others.

This adorable The Gentlemen Coach Collin Farrel Tracksuit has made by premium cotton and Polyester. Blue Checkered design gives an attractive look with inner polyester lining to give a relaxed feel.

Some of the other Outfits which is similar to the Gentlemen Coach Track Suit:

If you have confusion about your size you can leave a note on Checkout page and send us your custom measurements so that we will make it exactly according to your size. Simply email us for any questions and we will respond with in couple of hours. 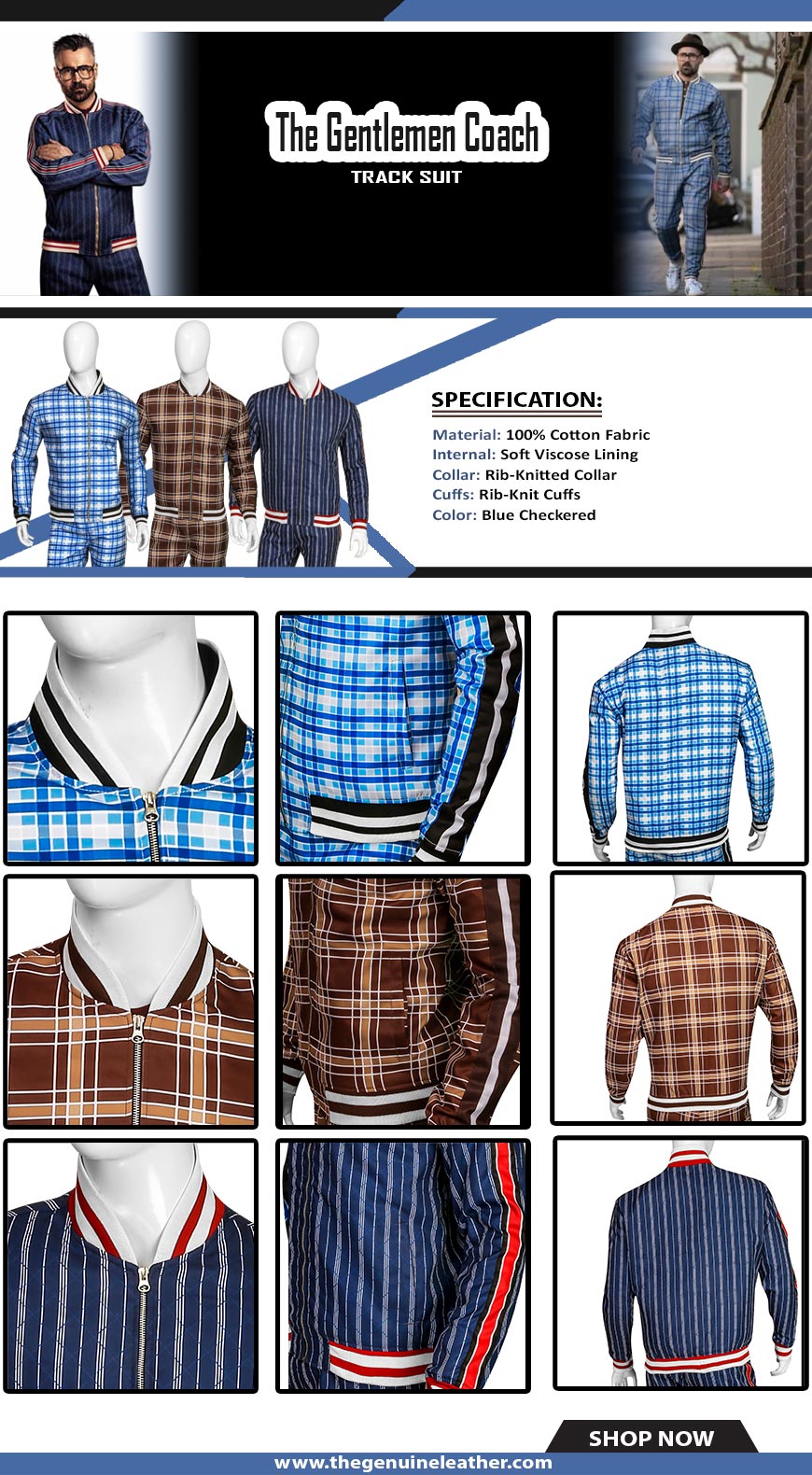